“Someone is trying to rob us;” Civil rights leader visits Memphis for Byhalia Pipeline protest 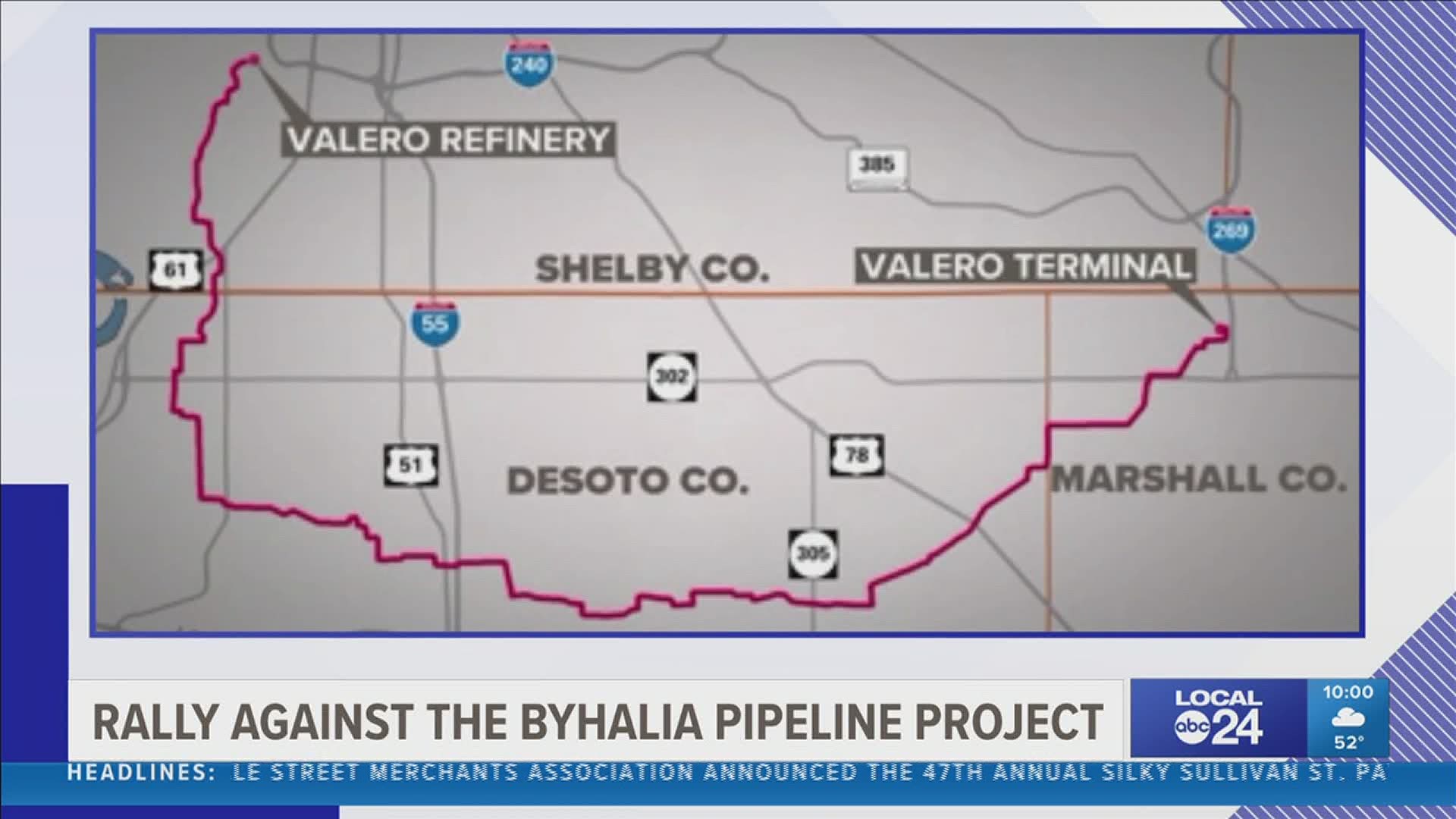 They are worried about their drinking water and, more importantly, their communities as the Byhalia Pipeline Project gains momentum.

“Here in Memphis someone is trying to rob us, and we are not going to have it,” said Rev. Dr. William J. Barber II.

The civil rights leader made an appearance among dozens of other activists.

He amped up the crowd to fight what he and other activists call “environmental racism.” “Crude oil is known to contain cancer causing hazardous chemicals,” he said.

He goes on to say, “One pound of crude oil can contaminate 25 million gallons of brown water.”

The pipeline connects the Valero Memphis refinery to the Capline Pipeline.

Its route cuts through some of Memphis’s most under-served areas and parts of northern Mississippi.

The concern is its construction will taint soil and water supply, posing a public health threat.

“This community is too historic and comes through too much sacrifice to be robbed in the 21st century,” said Rev. Barber.

The future of the Pipeline in Memphis is in city council’s hands.

It votes on Ordinance 5782 on Tuesday, and the nation is watching.

Ahead of that vote, Tennessee congressman Steve Cohen, alongside close to 30 other congressmen and women, wrote a letter to President Biden asking his administration to reconsider the project.

A few weeks before this, three environmental advocacy groups sued the U.S. Army Corps of Engineers for issuing a construction permit.

Back in March Gore traveled out to the Bluff City expressing his concern.

While multiple groups and organizations want to stop the pipeline, groups supporting say it’s necessary to improve the Mid-South’s economy.

Energy Citizens, with the American Petroleum Institute say “Ordinance 5782 would prevent Southwest Tennessee from getting the reliable energy and numerous other benefits from the construction of a federally and state approved pipeline.”

On its website, the Byhalia Pipeline promises the project is safe and may provide over 500 jobs, over 40 million dollars in local revenue, and provide grants to communities along the route.