"I was born in Memphis. Born into a cold world. And I've seen the killings of young black boys and girls," the 17-year-old sings. 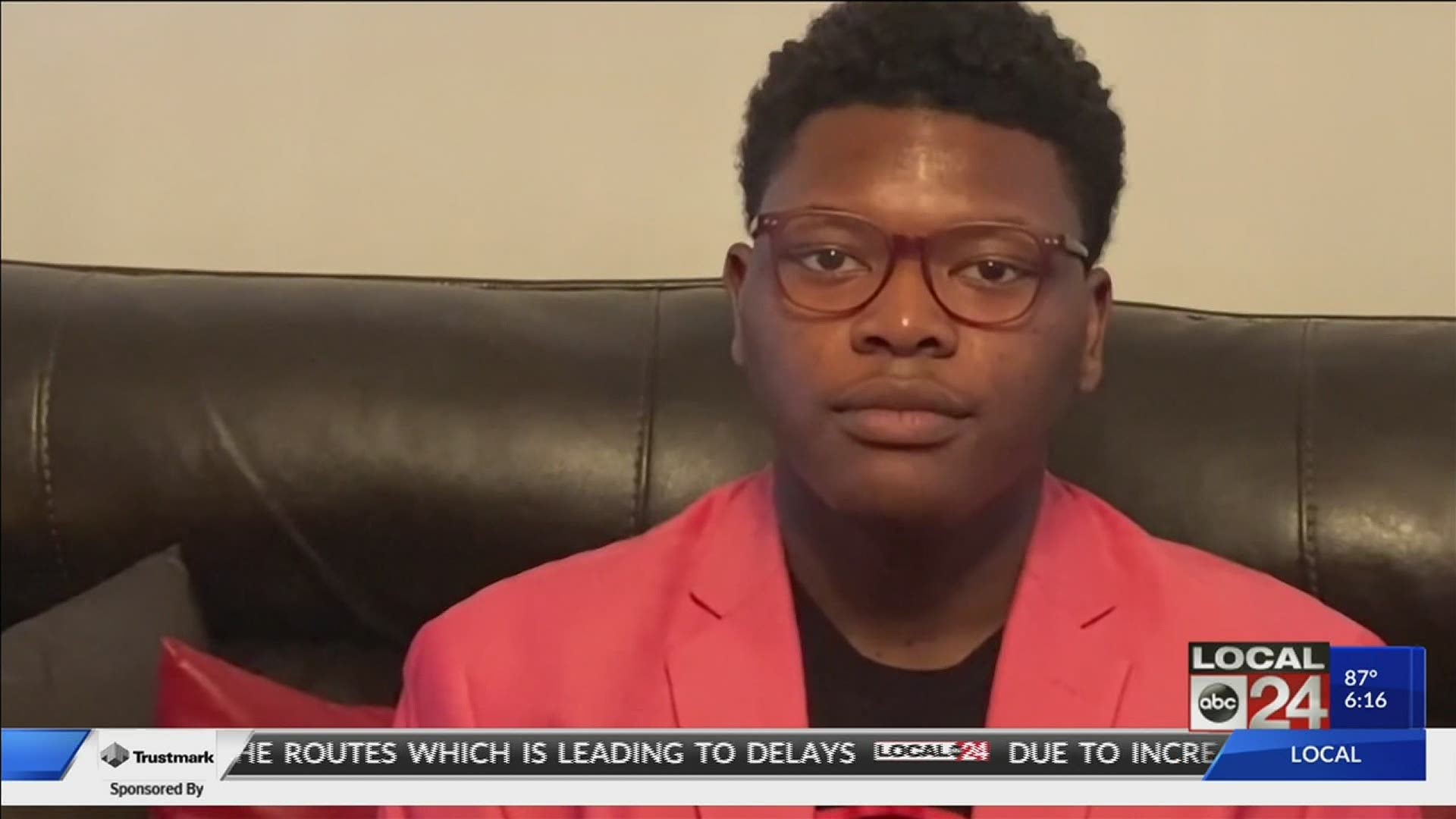 MEMPHIS, Tenn. — Music moves us. Memphians know that. We feel it. We sing it. We live it. And such was the case with a 17-year-old Soulsville Charter School student who entered Stax's song remake competition.

The teen chose to sing about current events happening here in Memphis and around the world. Local 24 News anchor Katina Rankin has this local good news story.

"I was born in Memphis. Born into a cold world. And I've seen the killings of young black boys and girls," sings Soulsville Charter School student Desmond Thompson.

"See they kill our women. And they shoot down our men. Just to go to court. And for them to win," Thompson sings.

Desmond recently won a songwriting competition with his rendition of a "A Change is Gonna Come" by Sam Cooke. When asked why he chose Cooke's song?

The original song by Sam Cooke was inspired by personal events in Cooke's life, one in particular in which he and his entourage were turned away from a Whites-only motel in Louisiana. Cooke felt compelled to write the song that spoke to his struggle and of those around him. And, he went a step further to have the song relate to the Civil Rights Movement and African-Americans.

Desmond says his present-day remake for Stax's song competition was the same.

"The message I was trying to convey is this song was that America needs change, and we need it right now," says Thompson.

"We've had too much heartache. To give up now. We'll keep on marching. Until we get our crown. It's been a long. A long time coming. But I know that I know. That change has gotta come," Thompson sings.