Spirit Hunters: The Haunting of the Green Beetle

The Green Beetle on South Main is the oldest tavern in Memphis. Customers and workers say it’s also haunted. 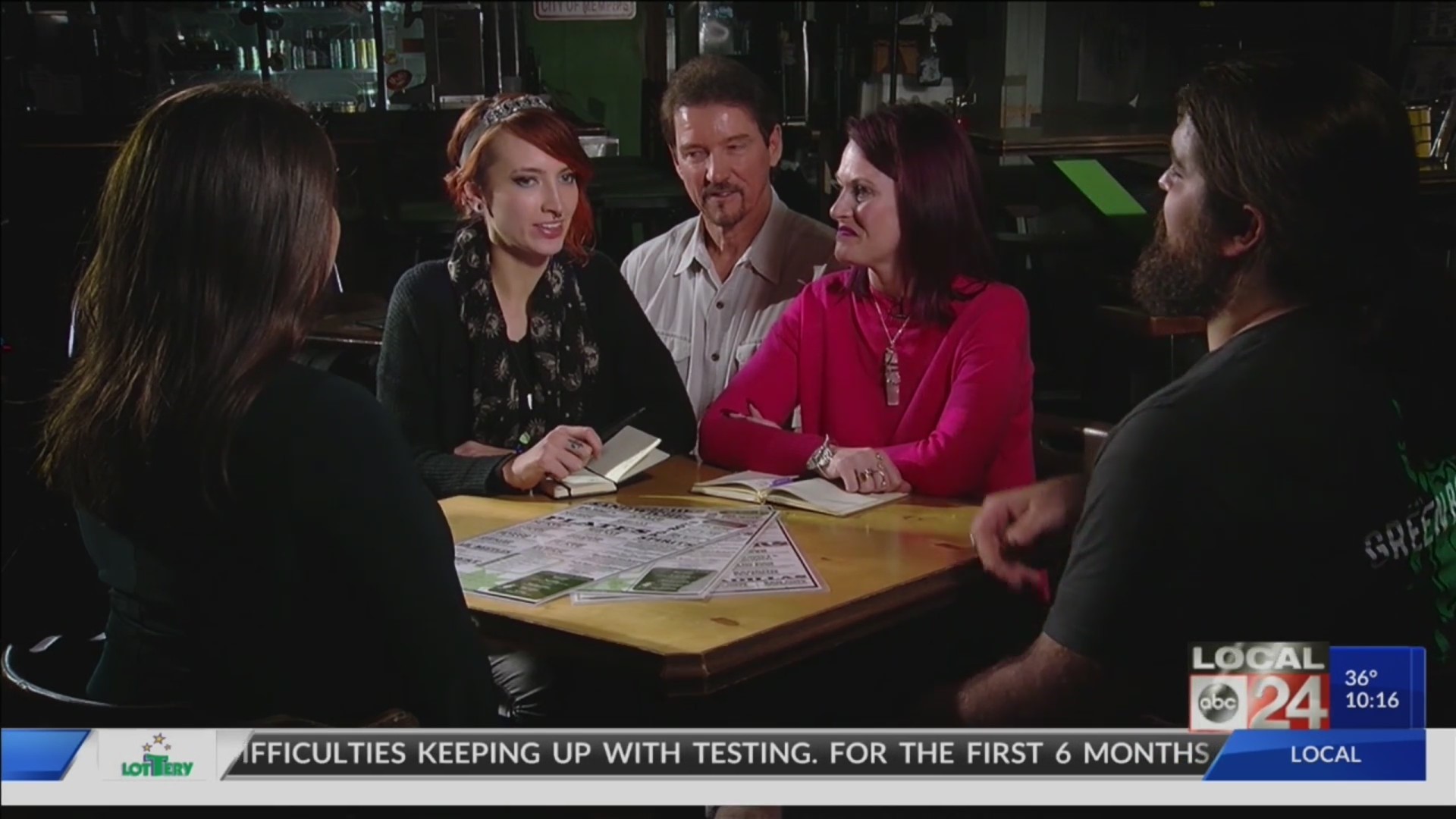 Local 24 News reporter Caitlin McCarthy joined theMemphis Ghost Investigation and Spirit Rescue team to find out if there are anyspirits at the tavern.

The Green Beetle in downtown Memphis was opened in1939 by Frank Liberto. His grandson runs the place now and one of thebartenders says it’s not uncommon to sense a certain vibration, and we’re nottalking about the music.

“I don’t know what it could be, but there issomething that can move things without humans touching it in thisbuilding,” said Ian Burnett.

He has noticed things like the lights flickering. Butit was when things started flying across the bar that gave him a chill.

“We’re going through a lot of wine glasses becausewhatever hangs out here likes to throw them off my wine rack,” said Burnett.

Three members of Memphis Ghost Investigation andSpirit Rescue went to the Green Beetle to see if they could help. Theirmission is to help people’s spirits “crossover” to the other side andmake peace with their life on earth.

“It always starts with listening or what you cando to let them know they are heard, how to understand where they’re at, and howthey can get past where they are,” said Bayles.

“They’ll show me what they look like, what happened,and how they passed,” said Brooks.

Stephen Williams has been clearing haunted locationssince 2002. He is an intuitive investigator.

“If I feel it higher, I know that’s a spirit thathas crossed over. And if I feel it lower that means it’s someone who isearth-bound, which means they’re still lingering here for some reason,” saidWilliams.

The team got to work after the tavern closed on aFriday night. Bayles and Brooks were drawn to a bathroom mirror and see ayoung woman with long blond hair and a theatrical personality, and a vision ofher possible death.

“She definitely hit her head,” said Brooks.“Because when we were talking about it, she actually made me feel dizzy and Ihad to grab this, so I definitely feel like she fell and hit her head.”

The women also met an older gentleman who they say hadgray hair and a lively personality.

“He’s charming and he’s very handsome.” Baylespoints to old photos on the wall. “Maybe him? I’m drawn to him,” says Bayles.

Williams explains the man is the original owner whohas “crossed over” but returns to the Green Beetle because it is still specialto him. His presence is even stronger in the basement.

“I feel the older gentleman might come down here a lotto be with his grandson.”

Williams finishes their investigation with a tuningfork that he strikes on rose quartz. He says the ritual increases thevibrations in the room to help the spirits cross over and find their peace.

They shared their findings with Burnett. Theystarted with the original owner of the bar.

“He’s already crossed over, but this is hisretirement,” said Williams.

Burnett says that fits because he often has thefeeling of being watched when he was in the basement office.

Bayles then told Burnett who was causing the problemsat the bar.

“We picked up a female, that’s at the bar a lot andshe hates the music, especially when it’s loud. She messes with the kitchen,she throws the glasses.”

They explain the woman’s name is Marilyn and theybelieve she died from hitting her head. They think she might have lived in oneof the apartments above the tavern. They say Marilyn is something of abarfly who likes being around people at the tavern.

“She likes to tap people on the shoulder for fun,”said Bayles.

Burnett looked surprised. “That’s really weird. Thathappens all the time,” he said. “I didn’t tell you guys that atall.”

Williams said Marilyn had a message for Burnett.

“So basically, you need to set her out a wineglass and pour her a little drink and give her a little respect. That’s allshe’s looking for. And play some nice music.”

That’s what Burnett did. And for now, Marilyn is alittle more at peace at the Green Beetle.