"Beale is Back" is the sentiment behind hosting a St. Patty's parade in May. 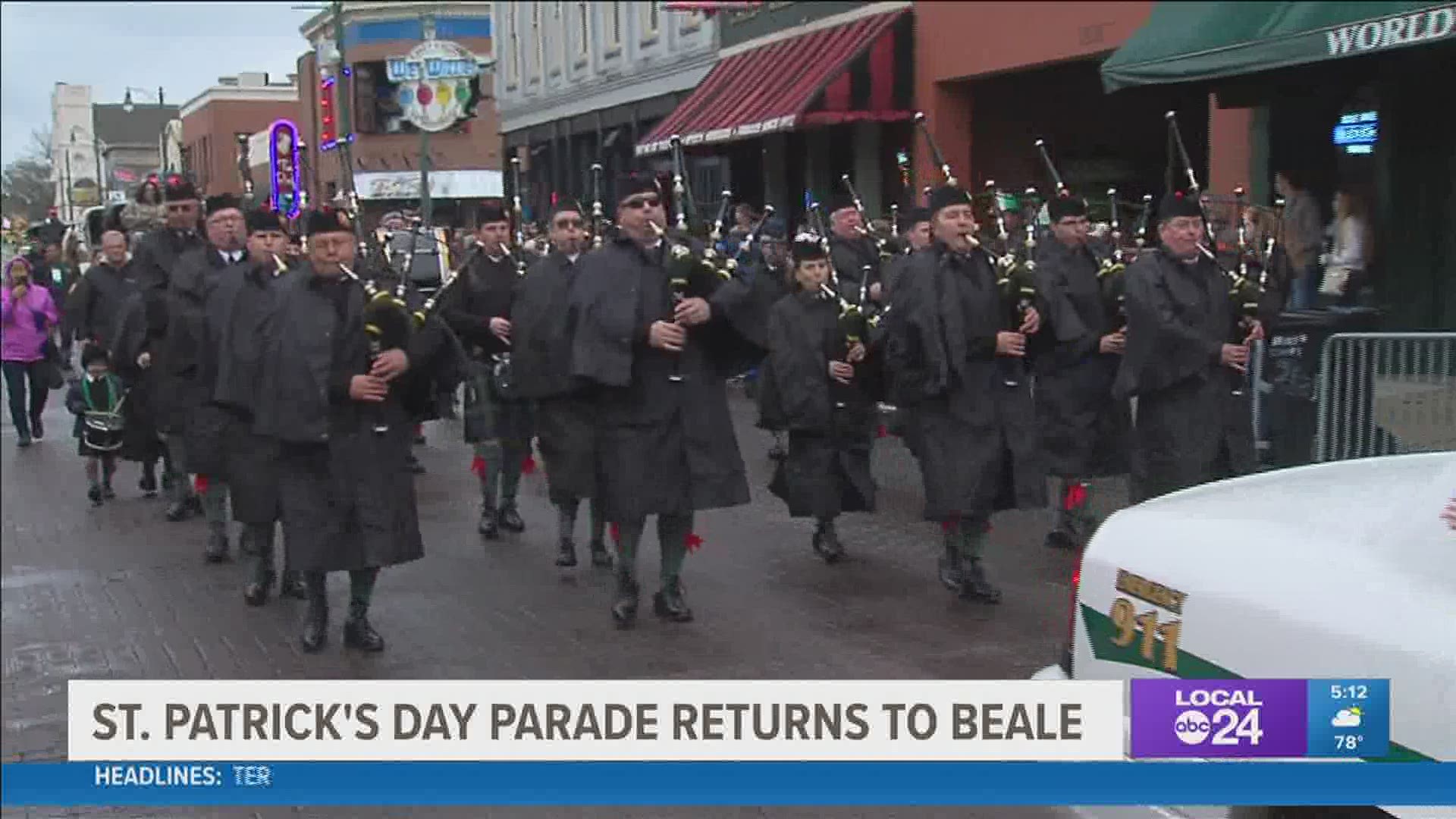 MEMPHIS, Tenn. — It's been a long time since a parade hit the streets of Beale Street. That all changes come this Saturday for an encore of St. Patrick's Day celebrations.

On Saturday, the 47th Silky Sullivan St. Patrick's Parade is set to make its return after being canceled in 2020 and postponed in 2021.

“Beale Street is back," Joellyn Sullivan, owner of Silky O'Sullivans, said. "One of the things that is so exciting about the parade this weekend is the fact that a year ago, a little over a year ago, the pandemic began with the cancelation of the St. Patrick’s Day Parade.”

Instead of canceling it for years in a row, this year the Beale Street Merchant's Association chose to postpone it as the county monitored COVID-19 cases. It was able to move forward when the Shelby County Health Department signed off on allowing it.

“Social distancing may sound awkward for a parade but when you think about people that spread over four blocks and there’s only so many people that you can be around so many come as family units, household units that’s who they’re really going to be around," Sullivan said.

So think of it as an encore to St. Patty's or as the St. Patrick's May Day parade.

The Blue Suede Brigade will be on the street helping to enforce protocols.

The parade begins at 3 p.m.

Join us Saturday, May 1, at 3:00pm for the Silky Sullivan St. Patrick’s parade!

If your group or club would like to participate, fill out the application by clicking the link in our bio!

Applications are due by 5 p.m. on Friday, April 30! pic.twitter.com/Bd4fp5KVY0