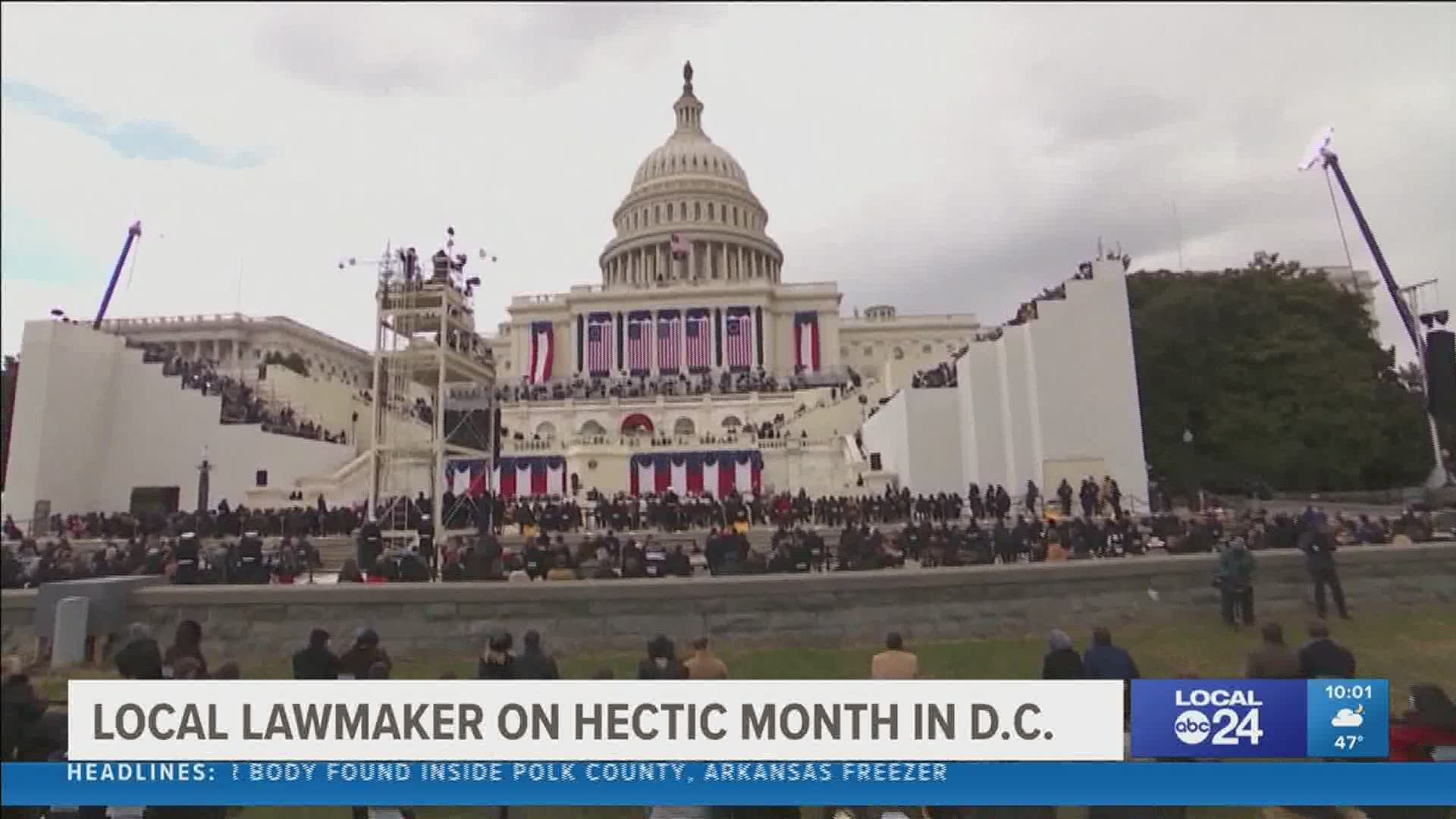 MEMPHIS, Tenn. — Every Wednesday of January, so far, has had a historic moment in our nation's Capitol. The insurrection, impeachment, and inauguration were events that will be remembered forever.

Memphis Congressman Steve Cohen was inside the gallery when the insurrection erupted inside the Capitol.

"I expected it to be the most chaotic and unusual month in the history of Congress and little did I know what would happen," Cohen said.

Cohen said the Capitol Police told the members inside the gallery to get their gas masks before they quickly evacuated them to safety. Many of them were just minutes away from a possible confrontation with violent rioters.

"Each of us went our own ways," Cohen said. "I went to my office and I locked my door and settled in with a baseball bat that I had in case they came in. I didn’t have anything else, but a baseball bat and I watched the news and I’m not sure if anybody knew where I was."

Every Wednesday of January, so far, has had a historic moment in our nation's capital...the insurrection, impeachment, and inauguration.@RepCohen spoke with @LocalMemphis about what he witnessed throughout all three of those events. pic.twitter.com/KsOe3oiHPA

Exactly a week later, the House voted to impeach President Trump for inciting that insurrection. Cohen believes the Senate could vote to convict which would stop Trump from running for office again.

"I think it’s all on Mitch McConnell," Cohen said. "If Mitch McConnell tells some of the senators, he’s going to vote to convict which sounds like he is I think there might be 17 Republicans to do that. If they do it, it’s important for history that the senate finds him guilty of what is the most horrendous criminal violation a president has ever committed."

For Cohen, the first glimmer of normalcy and hope was with the inauguration.

"That was a great day and I was inspired and I get a little emotional now just thinking about it," Cohen said. "This was my fourth inauguration, but it was one that showed the goodness of America and democracy won."