Memphis Police say a squad car stolen from Southaven PD during an arrest has been recovered and a suspect is in custody. 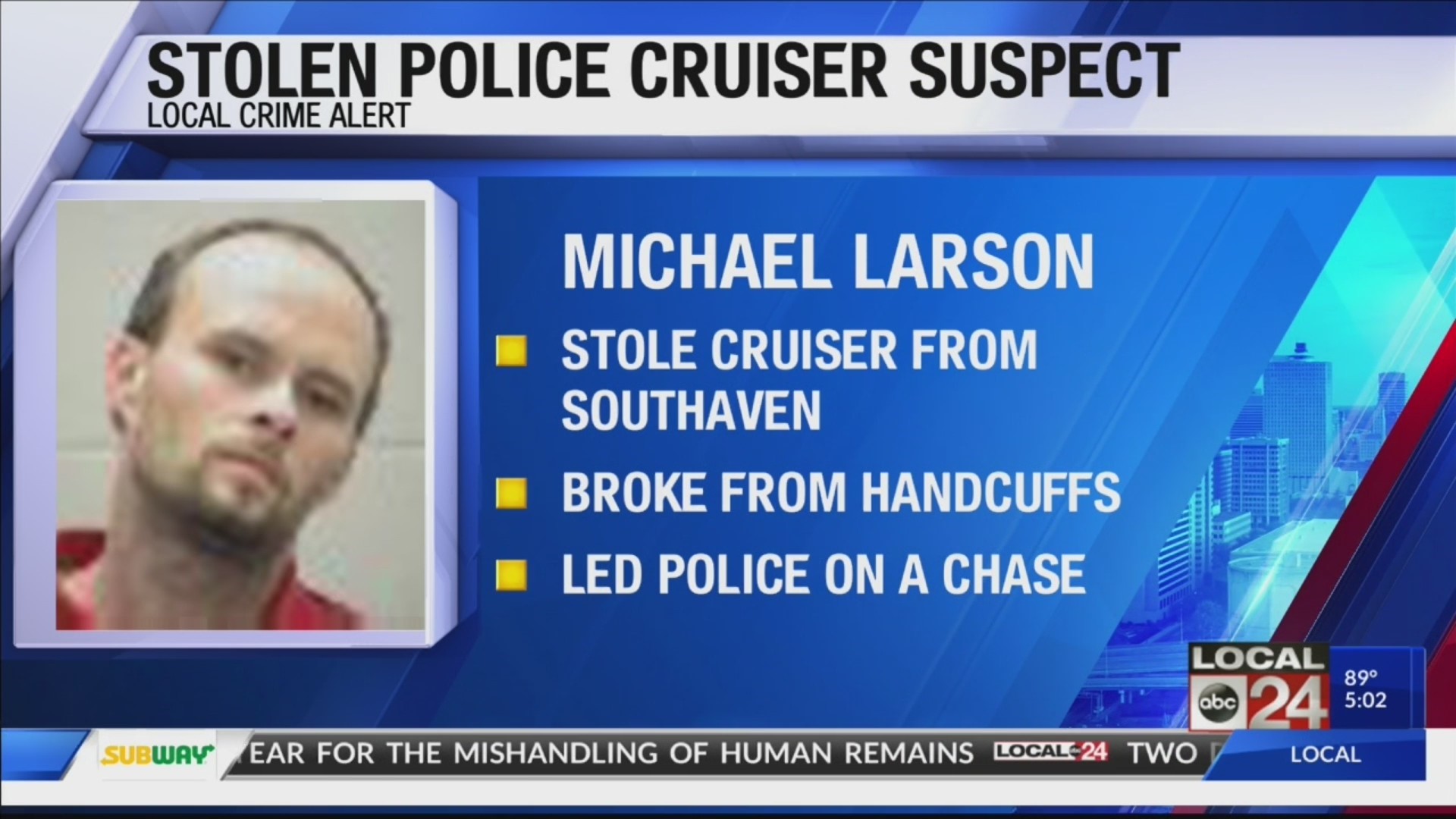 MEMPHIS, Tenn. (localmemphis.com) – Memphis Police say a squad car stolen from Southaven PD during an arrest has been recovered and a suspect is in custody.

Southaven police tell Local 24 News it all started when officers were serving a warrant on a narcotics complaint in the area of Booneville Drive about noon Wednesday. They say 37-year-old Michael Larson was taken into custody on a warrant out of Horn Lake. He was detained, handcuffed, and put in the back of a Southaven Police unit.

Southaven police say moments later, he was able to take possession of the car and led officers on a chase into Memphis.

Memphis police say they were notified about the stolen car by Southaven Police. MPD says a caller tip led investigators to check the area in the 800 block of Marsh Wednesday, where the stolen car was located.

Memphis Police say Larson was taken into custody using a K9 unit in the 3100 block of Shirley.

Larson is currently charged with taking away a motor vehicle. More charges are expected.

Thank you to the citizens who provided information relative to this stolen squad car. MPD received a tip from a citizen of where the abandoned squad car was, they checked the location, and it was located. Great looking out!— Memphis Police Dept (@MEM_PoliceDept) May 22, 2019