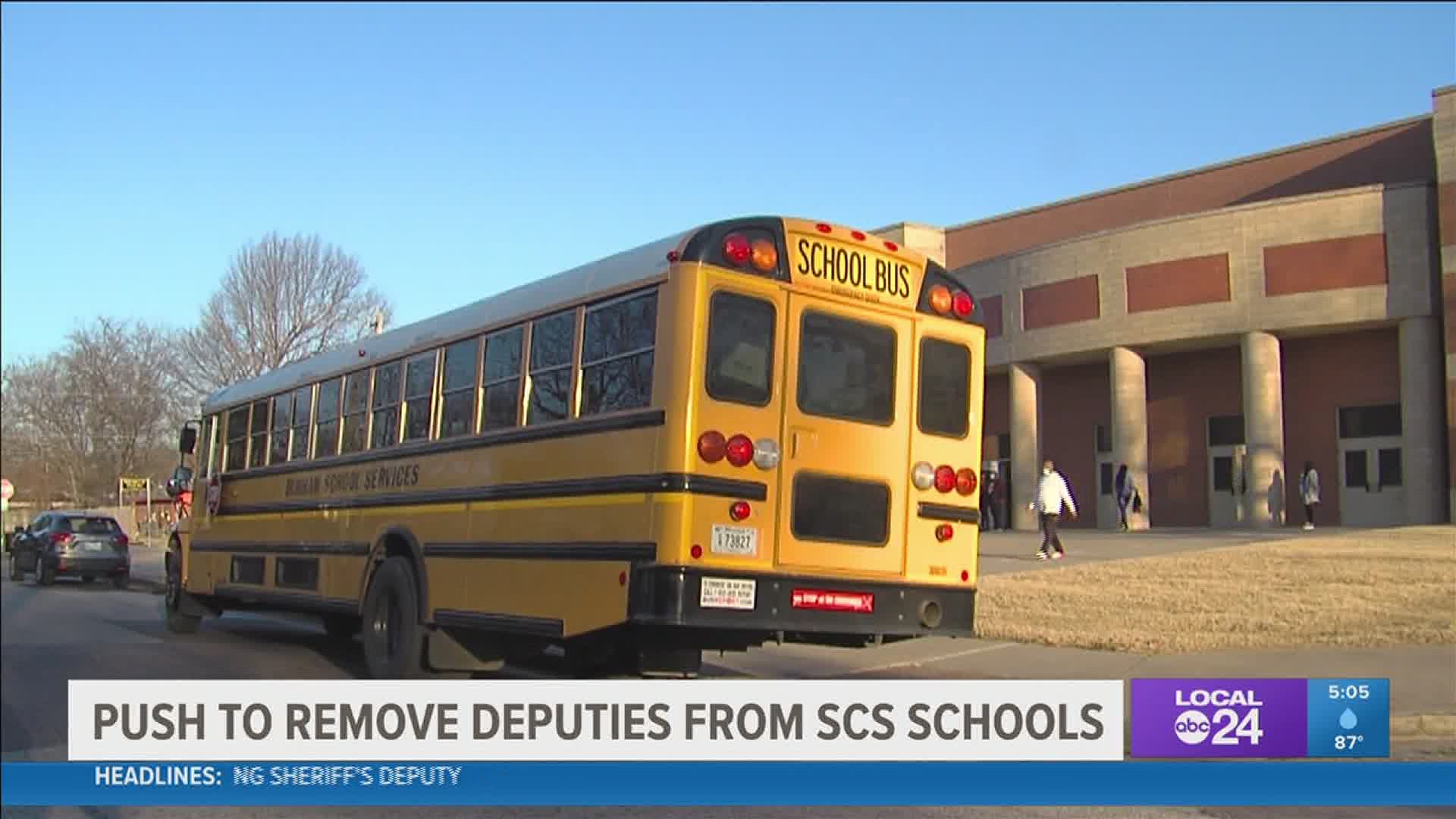 Advocates behind the call say by having arresting officers at schools around students, it means students are more likely to get arrested or entangled with the criminal justice system.

“Besides the pros that the sheriff’s office could have, we have to look at the cons that they are having and some of the negative effects on disparities as far as discipline," Octavian Moten, a student fellow with Stand for Children – Tennessee.

Stand for Children - Tennessee is calling on the school board to end its agreement with SCSO. Moten said they're doing it on the behalf of the student organizations they work with: Counselors Not Cops, Shelby County Youth Council and BRIDGES. Last summer student representatives of the groups called on the Shelby County Commission to also stop it.

According to a contract agreement for the 2019-20 school year, SCSO would provide no more than 36 officers to schools.

The Shelby County Schools Department of School Services said it has more than 125 school resource officers.

“We’re mostly pushing for the removal of SCSO because we can’t erase the social stigma that exists outside of the classroom," Moten said. "You can’t say there isn’t a negative relationship between their communities and the Shelby County Sheriff’s Office. That, that relationship doesn’t still exist when we get to school.”

SCSO did not comment on the matter. SCS has not yet responded either to a request for a comment.

On Monday night, Stand for Children - Tennessee will host a "Reimaging Student Safety" webinar at 6 p.m.

This event will feature panelists who are students and academic experts on education advocacy, mental health research, restorative justice, and more.

•Tim McCuddy, Assistant Professor in the Department of Criminology and Criminal Justice at The University of Memphis

This is a webinar you don't want to miss! Reserve your spot today at bit.ly/reimaginingstudentsafety.