Payne is on death row for the deaths of 28-year-old Charisse Christopher and her 2-year old daughter Lacie Jo. 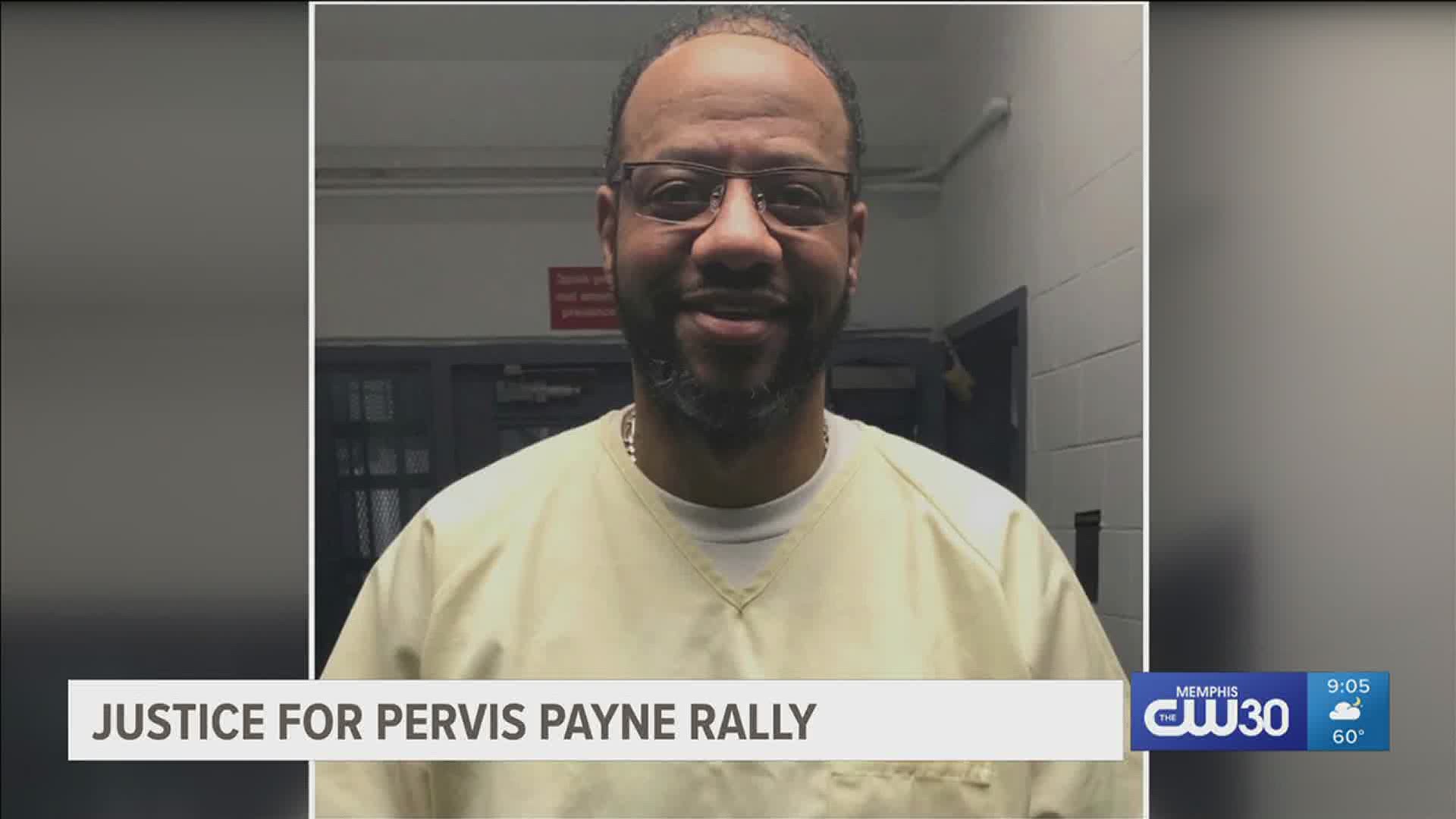 MEMPHIS, Tenn — Supporters of death row inmate Pervis Payne rallied together in Downtown Memphis to raise awareness of his case just weeks before he is executed.

They gathered at the I am a Man Plaza.

In 1987 a jury convicted Pervis Payne in the brutal stabbing and her young daughter in Millington.

However, his defenders say DNA evidence will prove his innocence and they are hoping Governor Bill Lee will spare his life.

"The justice system must work and we are concerned about Amy, Amy Weirich lack of real priority response to the DNA because the DNA will answer everything," said Dr. Kevin Brooks, Executive Director of Lynching Sites Project.

Rally for Pervis Payne at the I Am A Man Plaza. The rally also commemorates the 25th Anniversary of the Million Man March. @local24janice pic.twitter.com/4ABHz2t9OT

A spokesperson from the Shelby County District Attorney's office released a recent filing of Payne's case.

In it, it says DNA results will not change the prosecution because Payne's baseball cap was found on 2-year-old victim, Lacie Christopher's forearm.

And it states the medical examiner says the stab wounds inflicted on Lacie would have killed her instantly and Weirich says Payne testified that he heard the baby crying as he approached the apartment. The defense says it was a second child at the scene that Payne heard crying.

Payne is set to be executed December 3.  The rally also commemorated the 25th anniversary of the Million Man March.