Danny Lee was convicted of bombing Spokane city hall in 1996 along with other members of a White Supremacist organization. 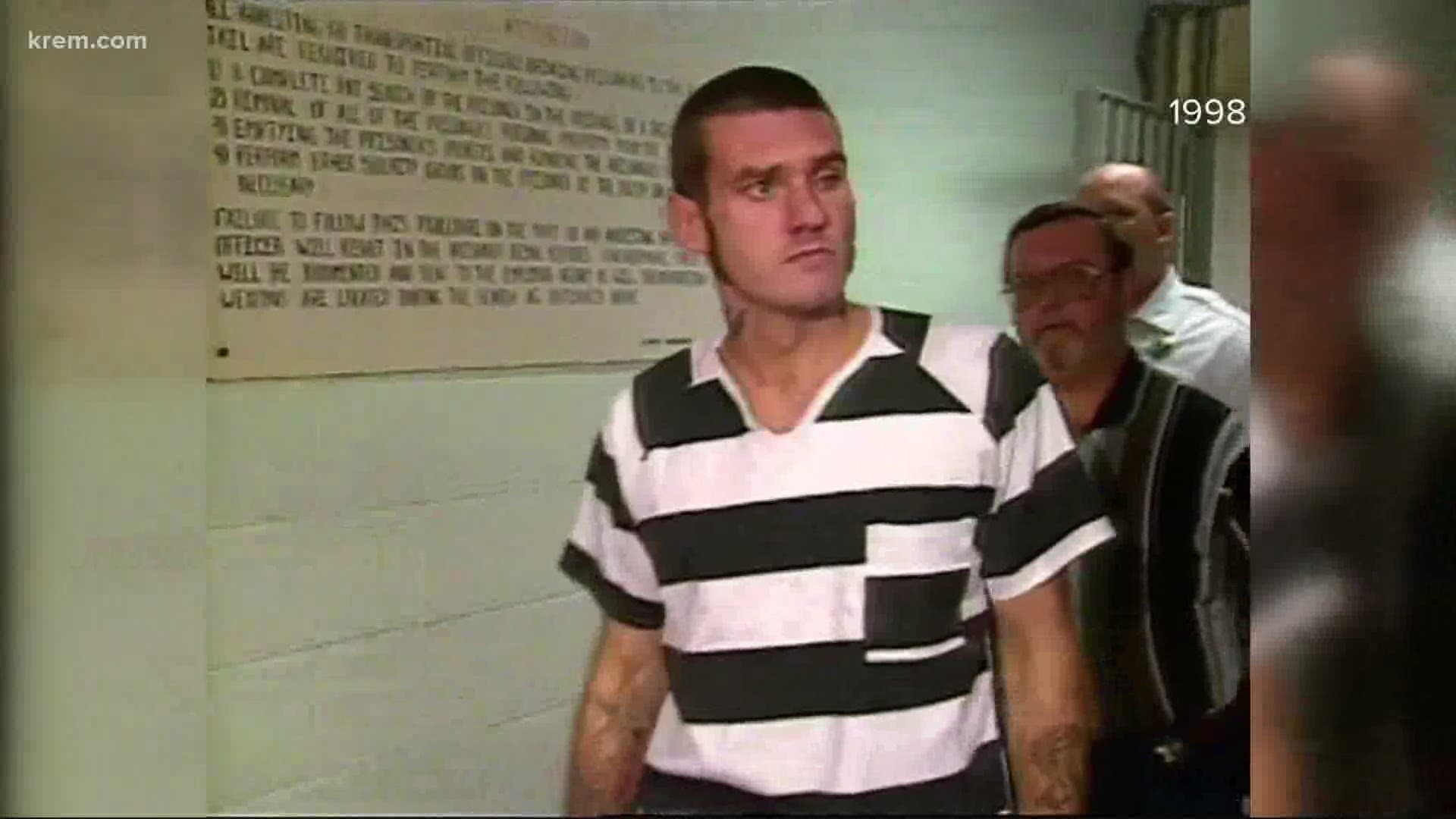 SPOKANE, Wash. — The Supreme Court ruled Tuesday that the execution of a White Supremacist who once bombed Spokane City Hall, Daniel Lewis Lee, could proceed.

Lee's execution was scheduled for about 4 a.m. EDT Tuesday, according to court papers.

It was the first federal execution in 17 years.

With conservatives in the majority, the court said in an unsigned opinion that the prisoners' “executions may proceed as planned.” The four liberal justices dissented.

The execution was delayed Monday by U.S. District Judge Tanya Chutkan, who ruled that there are still legal issues to resolve and that "the public is not served by short-circuiting legitimate judicial process."

The administration immediately appealed to a higher court, asking that the executions move forward.

A federal appeals court ruled Sunday that the execution could move forward. That came following a lower court order which put the execution on hold briefly last Friday due to coronavirus concerns, after a staff member involved in preparing the execution had tested positive for the coronavirus, according to CBS.

Lee was convicted in the 1996 deaths of an Arkansas family as part of a plot to set up a whites-only nation in the Pacific Northwest. He was also involved in the bombing of Spokane City Hall in April 1996 followed by a shootout with Ohio police more than one year later.

Three of the executions, including one for Lee, are scheduled days apart beginning July 13.

The Supreme Court refused to block the execution of Lewis and three other inmates in June. They are all scheduled to be put to death in July and August.

This comes after the court temporarily halted the restarting of federal executions after a 16-year-break in December 2019.

The justices rejected an appeal from four inmates who were convicted of killing children. Justices Ruth Bader Ginsburg and Sonia Sotomayor noted that they would have blocked the executions from going forward.

The inmates are separately asking a federal judge in Washington to impose a new delay on their executions over other legal issues that have yet to be resolved.

Attorney General William Barr unexpectedly announced in July 2019 that the government would begin resuming executions starting Dec. 9, ending an informal moratorium on federal capital punishment as the issue receded from the public domain.

RELATED: White Supremacist who once bombed Spokane City Hall to be put to death

Ruth Friedman, an attorney for Lee, decried the federal death penalty as “arbitrary, racially-biased, and rife with poor lawyering and junk science," the Associated Press reports.

The other inmates scheduled for execution are: Wesley Ira Purkey, of Kansas, who raped and murdered a 16-year-old girl and killed an 80-year-old woman; Dustin Lee Honken, who killed five people in Iowa, including two children; and Keith Dwayne Nelson, who kidnapped a 10-year-old girl who was rollerblading in front of her Kansas home and raped her in a forest behind a church before strangling the young girl with a wire.

Danny Lee and the Kehoe brothers, Chevie and Cheyne, were devoted members of the Aryan Peoples' Republic, a white supremacist organization.

Prosecutors said the illegal activities of Kehoe and Lee also included the bombing of Spokane City Hall, and a shootout with Ohio police that was videotaped by a police car-mounted camera and broadcast nationwide.

Chevie and Cheyne shot at two police officers who pulled over their Chevrolet Suburban for expired plates. In the video, several seconds go by as the brother and police fired at each other, but never hitting the other. Then, they drive off nearly dragging an officer with them.

In the following weeks, the officers' dash-cam video fueled a nationwide hunt that ended with the Kehoes' arrests in June 1997.

The New York Times reported on April 30, 1996, the pipe bomb that exploded was packed with three-inch nails. It exploded in a doorway of city hall. No one was there at the time and no one was injured.