A video of a man reportedly caught terrorizing two local business has gone viral. One was a Martial Arts studio. Surveillance video captured the moments an inst... 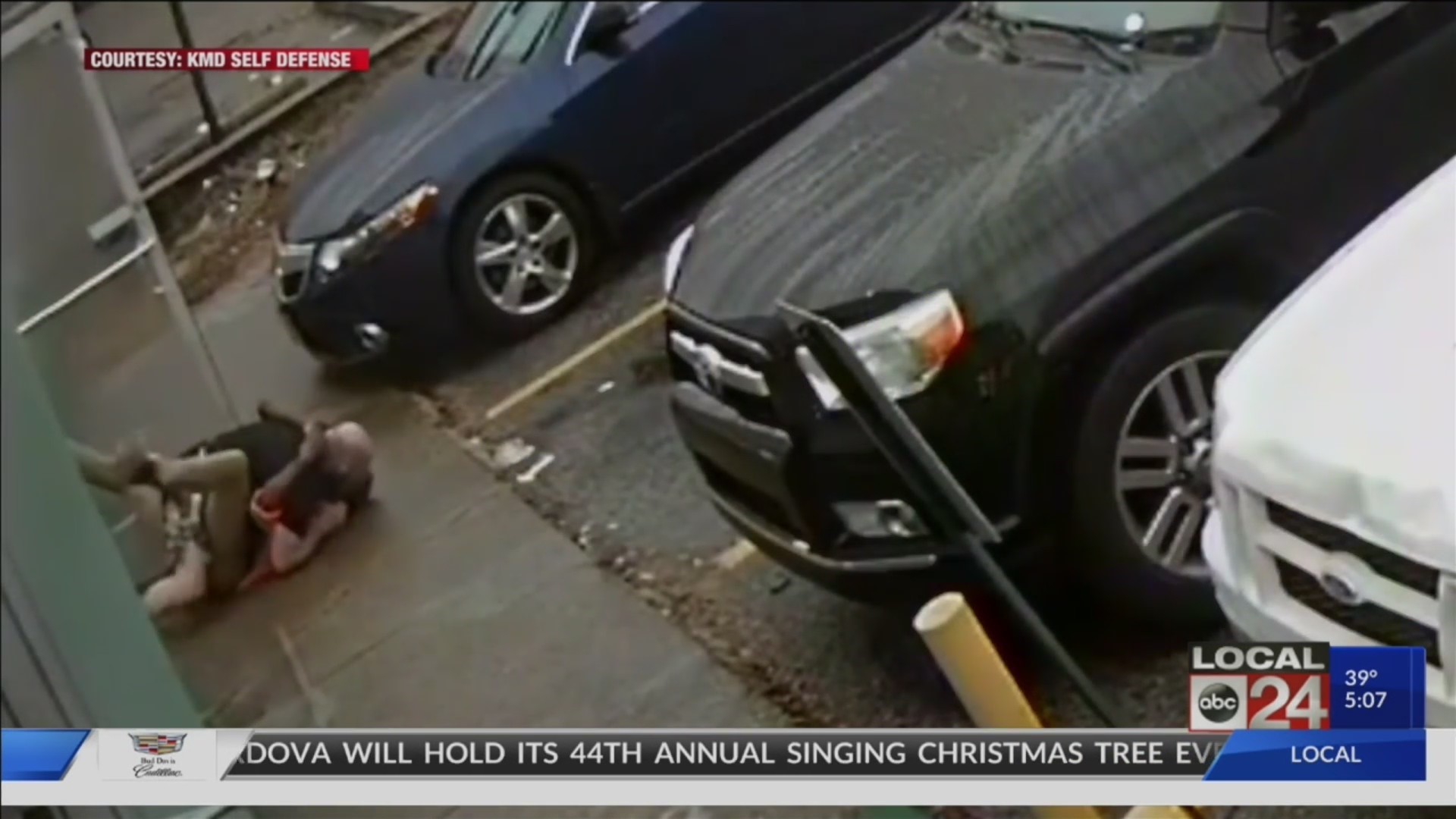 MEMPHIS, Tenn. (localmemphis.com) – A video of a man reportedly caught terrorizing two local business has gone viral. One was a Martial Arts studio. Surveillance video captured the moments an instructor had to take down a man interrupting a private session.

But, you couldn’t tell. Michael and Sara Hooker teach self defense.Never did they imagine actually using those techniques in their own studio.

On November 23rd, a man they’d seen before came into the building.

“When he came back this time, he had a bow staff with him. He was a little erratic, but not threatening,” said Michael.

“Within about 10, 15 minutes of him sitting down. He got up and started mimicking the movements,” said Sara.

Staff asked the man to stop, but he grew more disruptive and was asked to leave.

Michael said, “When he turned to my wife and yelled at her, I started to move in. He clenched his fist and I tied up with him.”

He held him until police came.

“He was very articulate. There were times where he was calling out the moves that I was holding him in. He obviously had some training to know these things,” said Michael.

Now, the duo uses it as a teachable moment.

“The one thing I think people can take away from this is they can see how quickly something can escalate from seemingly nothing to a full on confrontation,” said Sara.

As for the man, Sara and Michael hopes he receives help.

“I don’t think he needs jail time, but he needs to be in a facility that can help him recover from whatever it is he’s suffering from,” said Michael.

The man was detained, but not arrested after the altercation. Shortly after, he returned to the Family Dollar next door causing problems there. Police say following that incident, he was admitted for mental evaluation.