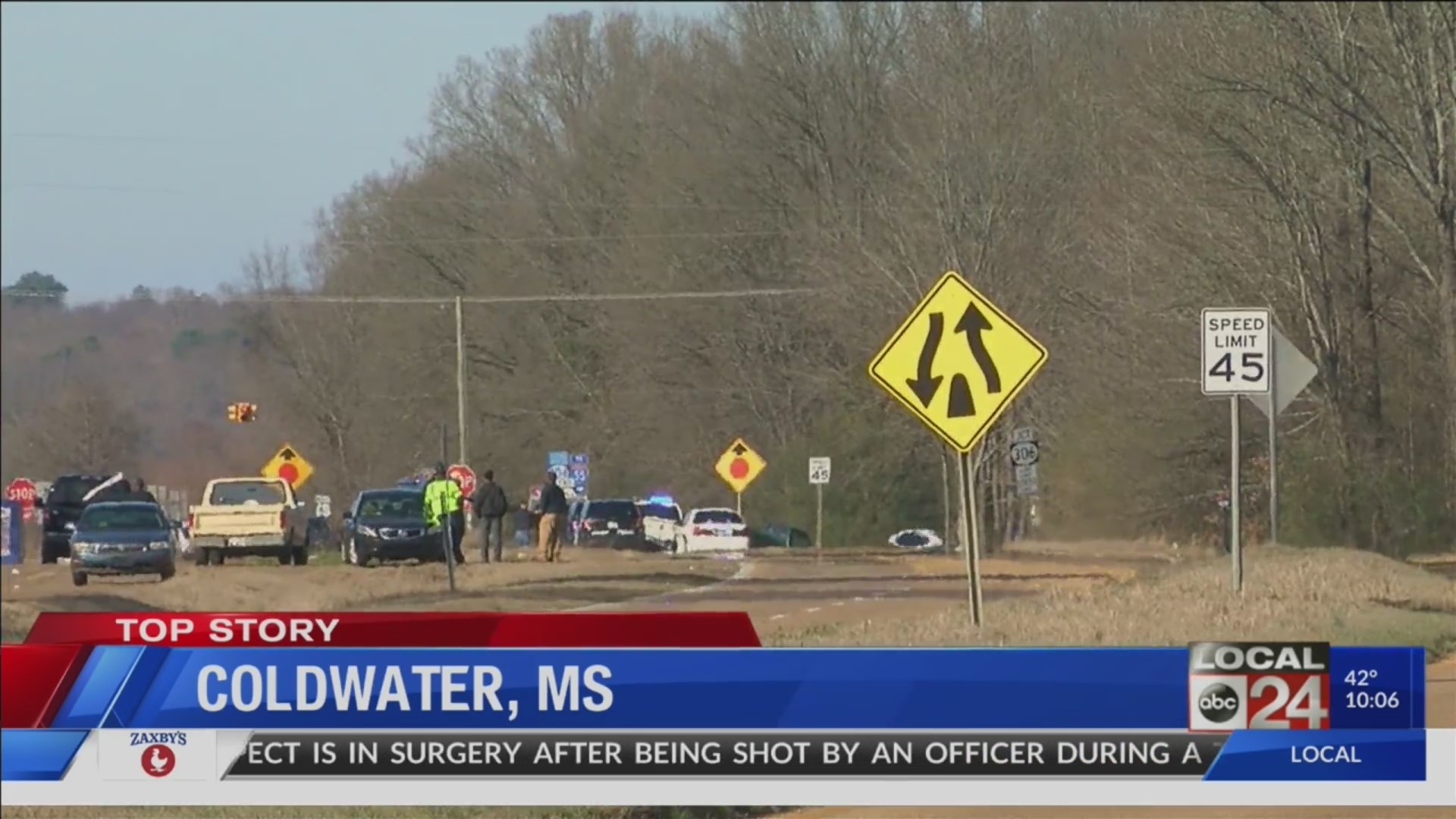 On Saturday morning around 10am, the officer had pulled someone over near Highway 51 and 306. In that time, the suspect driving a green pickup truck stopped in front of the car that was pulled over. He showed a knife to the car that was stopped and when the officer told him to “stop,” he got a shotgun and shot the officer twice in the head.

Investigators say the car that was pulled over had no connection to the suspect or officer. The people inside of the car were not harmed in the shooting.

“The officer returned fire hitting the suspect in the middle area and the suspect got back in the green vehicle, drove three or four hundred yards and went off the side of the road and was basically taken into custody there,” Champion said.

“Fate was on his side,” Champion said. “The good Lord wasn’t ready to take him today because the shots were fired in relatively close range.”

The Mississippi Bureau of Investigation is still trying to figure out the motive of the suspect. They have not released the names of the officer or the suspect. Champion said the officer could have been a “target of opportunity.”

“The officers have to keep their head on a swivel and watch what’s around them,” Champion said. “Coldwater is a quiet town and when you see something of this magnitude it really makes you think that no place is safe from things like this happening.”

Coldwater police officers do wear body cameras. Investigators are hoping the body camera footage will help paint a clearer picture of what happened. Coldwater Police Chief Undra Todd said this is a reminder that the officers need to always know what’s going on around them.

“You have to be aware of your surroundings regardless of what you are doing because you never know who’s out to harm you,” Todd said.