Jackson State fans beat the sun and alarm clock Friday morning, tailgating ahead of the Classic. 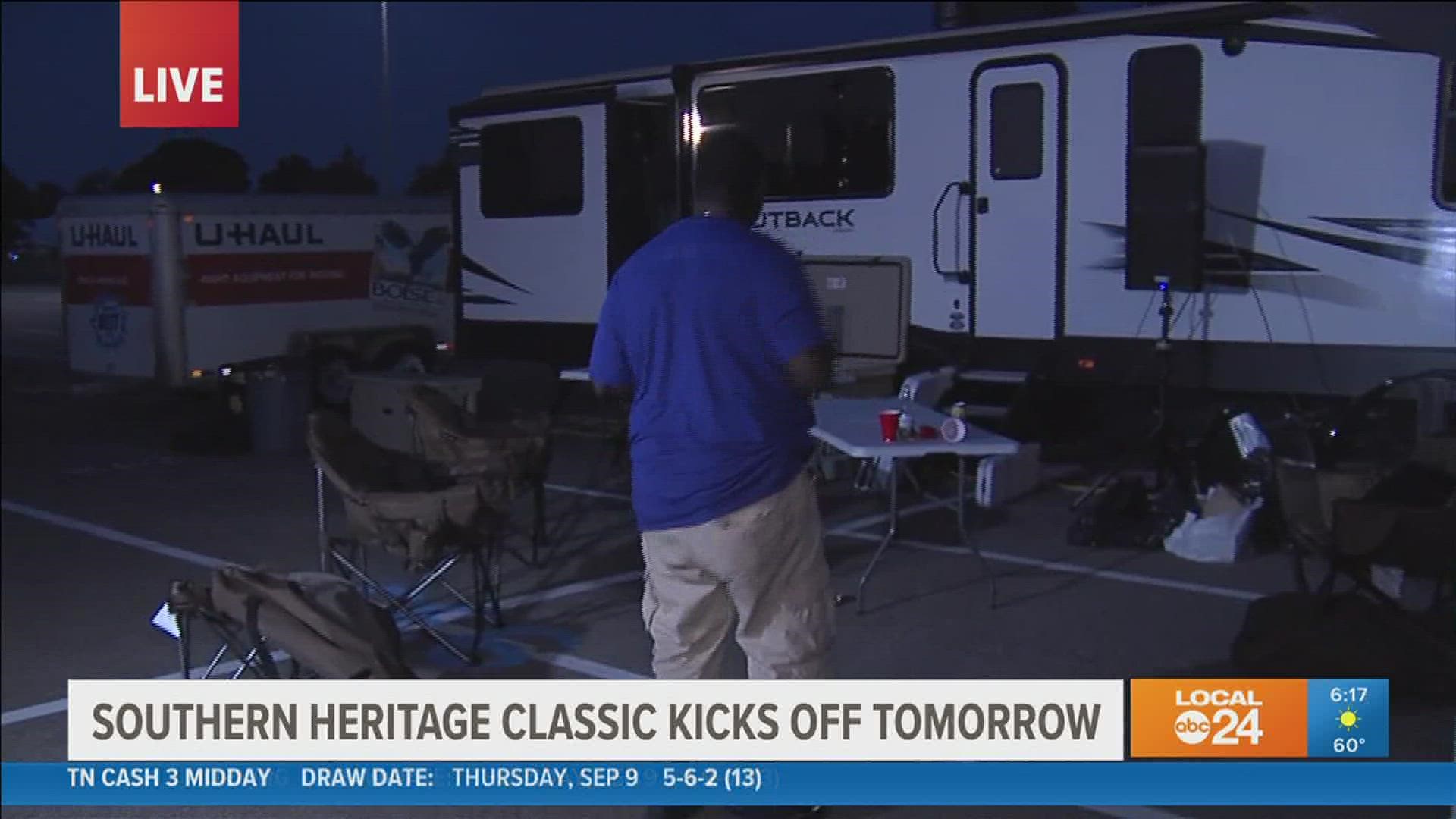 MEMPHIS, Tenn. — One of the most exciting showdowns of the year is one night away, but the tailgating is already underway at Tiger Lane for the 32nd Southern Heritage Classic.

Jackson State fans were the first ones up on Friday morning, getting the music and grills fired up before the sun came up.

Holloway, like many, has been coming to the Classic for years and missed it last year when the pandemic canceled the festivities.

The sun isn’t up but the tailgaters are! The Southern Heritage Classic kicks off tomorrow night but the party is already underway here at Tiger Lane! Jackson State fans win the alarm clock this morning. I’m live on @LocalMemphis pic.twitter.com/tBimItyar9

"Last year, it put a damper on our parade," Cole said. "This year we got a chance when it opened back up. 60 pounds of catfish, 40 pounds of chicken, we got ribs and everybody going to have a good time."

Across Tiger Lane, TSU's Aristocrat of Bands was up early warming up for their performance for ESPN.

First Take had plans to be at Tiger Lane on Friday but canceled due to a rise in Delta cases.

Tailgate spots sold out for the event in under four hours.

The game kicks off at 6 p.m. on Saturday.

Tennessee State Aristocrat of Bands warming up for a performance for ESPN pic.twitter.com/AdqzCUSWto