TBI investigating after man was shot & killed by Bolivar Police

It's first the deadly officer-involved shooting in the department's more than 60-year history. 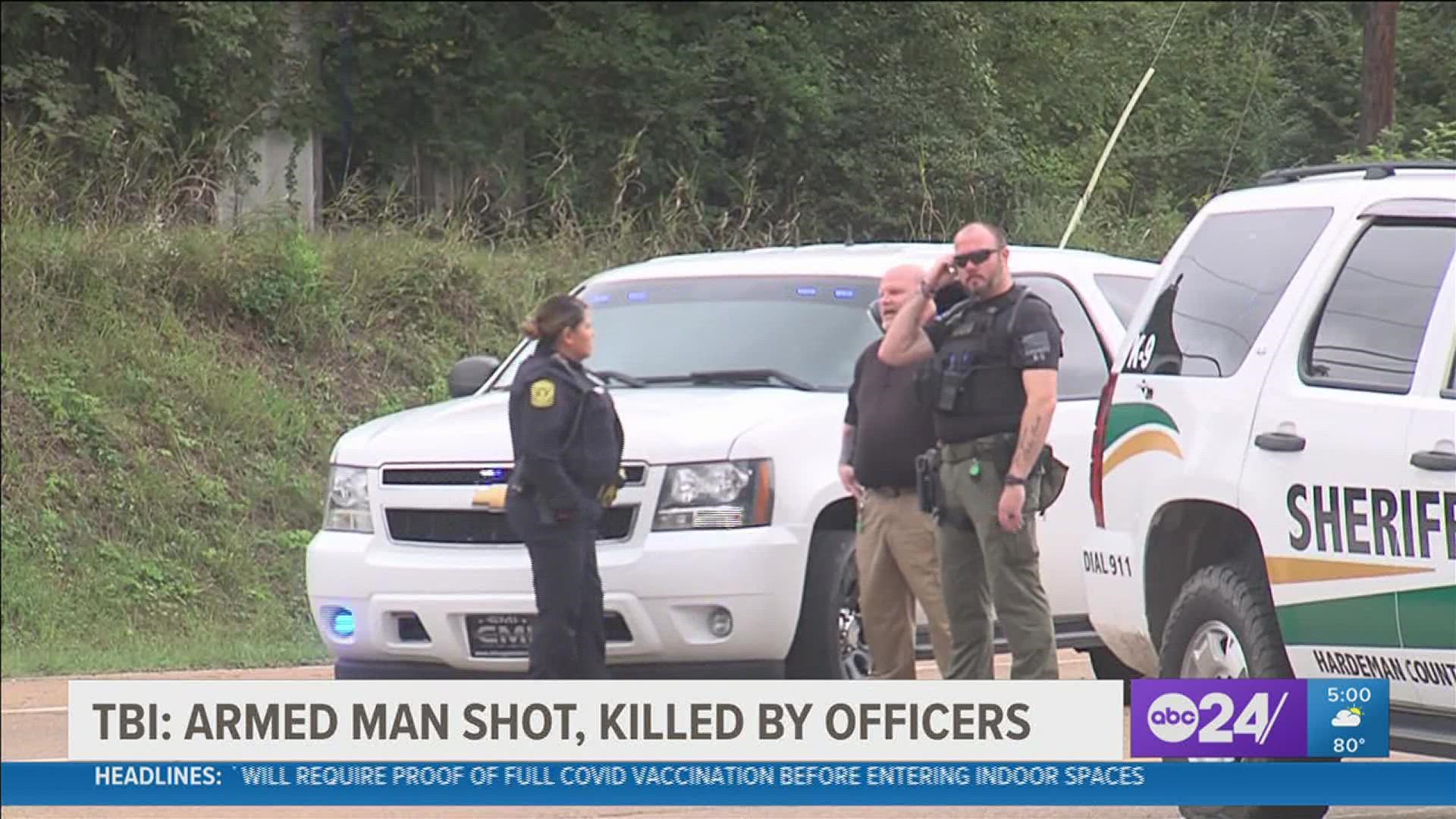 BOLIVAR, Tenn — Agents with the Tennessee Bureau of Investigation - or TBI - spent Wednesday in Bolivar after a spokesperson said at least one Bolivar Police officer shot and killed an armed man Wednesday morning. They said the man had threatened Hardeman County correctional officers.

It happened before 6:00 a.m. at the Hardeman County Criminal Justice Complex in the 500 block of South Main St. in Bolivar, just off the square.

The scene Wednesday was not only rare, but unprecedented, as Bolivar Police spokesperson said it's the first deadly officer-involved shooting involving the department in its more than 60 year history.

The TBI said 43-year-old Andra Murphy was armed and threatened the correctional officers outside the complex. (The TBI originally reported he had fired at the officers, but later said he threatened the officers.) Investigators said three Bolivar Police officers responded and Murphy drove off, but then returned, got out of his vehicle, and confronted the officers.

"When he returned to the scene, that's when things escalated," TBI Spokesperson Keli McAlister said.

The TBI said at least one of those Bolivar Police officers fired at and hit Murphy, who later died at the hospital.

No officers were injured.

A Bolivar Police spokesperson said the responding Bolivar Police officers are on administrative leave, which is standard procedure following an officer involved shooting.

For the TBI, their work is just beginning, and it will be up to Hardeman County District Attorney General to decide if any charges are justified.

"TBI agents continue to work independently to determine the series of events leading to the shooting, including collecting evidence and conducting interviews. Throughout the process, findings will be shared with the district attorney general for his review and consideration. TBI acts solely as fact finders in its cases and does not determine whether the actions of an officer were justified in these types of matters," McAlister added.

Wednesday afternoon, ABC24 went to the listed address of Andra Davon Murphy in Toone, Tennessee. Several people were outside but not interested in commenting.

Hardeman County court dates scheduled for Wednesday will be rescheduled for next Wednesday, and it's expected the complex will reopen Thursday.

We have updated our statement to correct the spelling of the deceased individual's middle name and clarify specifics regarding the initial encounter between the correctional officers and the armed individual.