The permitless carry bill allows Tennesseans 21 and up to carry a handgun without a license. 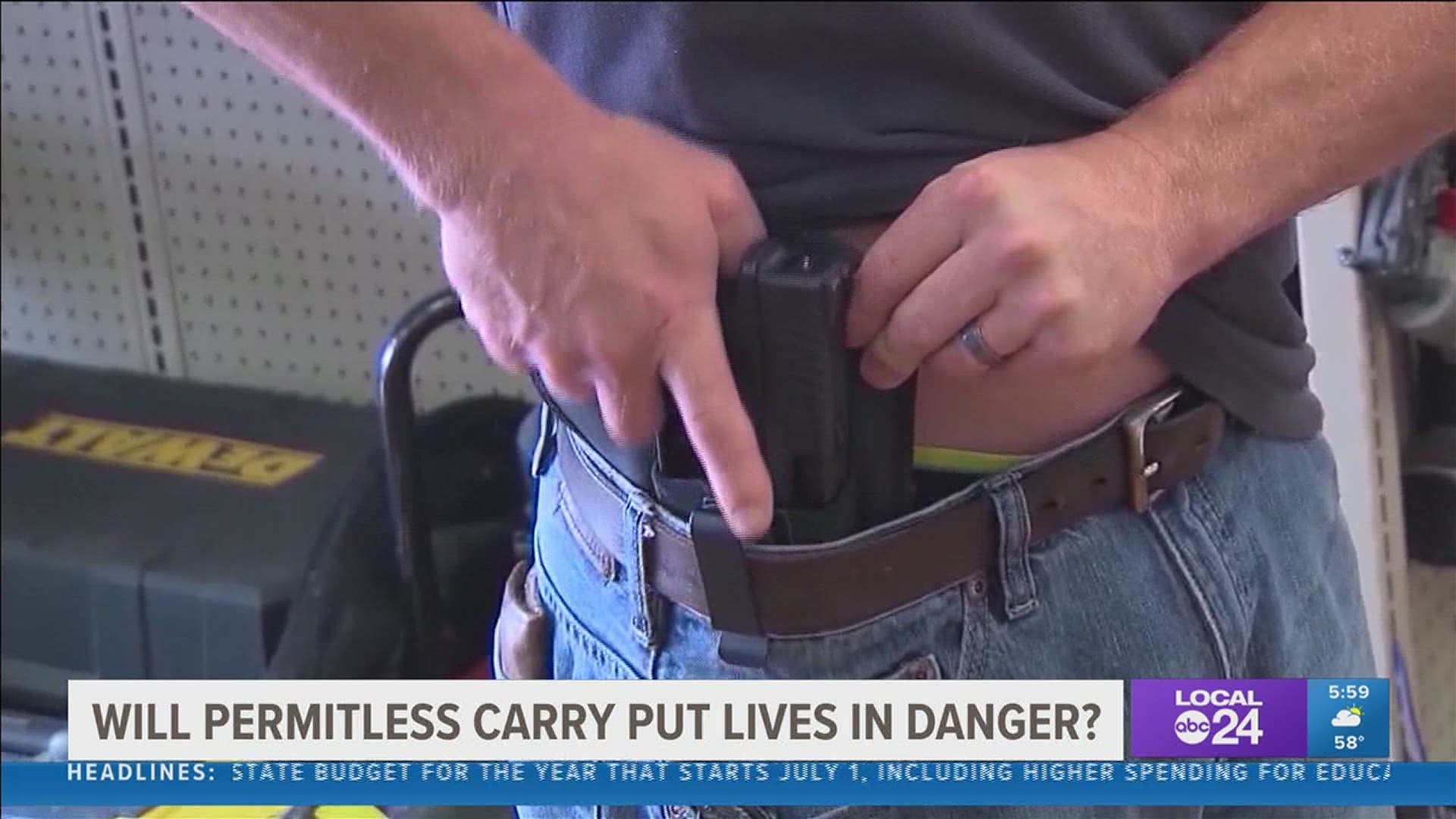 MEMPHIS, Tennessee — The controversial permitless carry bill is set to be signed soon by Governor Bill Lee. It would allow Tennesseans over the age of 21 to carry a handgun without a permit.

So we posed the question to residents – will the bill put people at risk?

“I don’t like that because I just went through the process to get my permit,” said Memphis resident Marvelle Hodges.

Hodges said if he went through the process of getting his permit, so should others.

The bill is dubbed “constitutional carry” by supporters. Gov. Lee said the legislation is about increasing freedoms for law-abiding citizens - and implements stricter penalties for criminals.

I’m working on a permitless carry legislation story today. The controversial bill would allow Tennesseans over 21 to carry a handgun without a permit. How do you feel?

“Memphis already got plenty of crime going on already as it is,” said Hodges. “Put more guns on the street, you’re just going to make them more accessible.”

“With the dangers that’s going on now I feel like that’s a decent thing to do,” said gun owner Reginald Johnson.

Those against the bill said it puts law enforcement in the position of determining who's the criminal and who's a law-abiding citizen.

Gun safety advocates are worried the bill may lead to more crime.

As of Friday afternoon, Governor Lee hasn't signed the measure. If he does, it will take effect July 1st.