MEMPHIS, Tenn. (localmemphis.com) – The Tennessee Supreme Court has denied a petition by the Sons of Confederate Veterans to review a lower court ruling d... 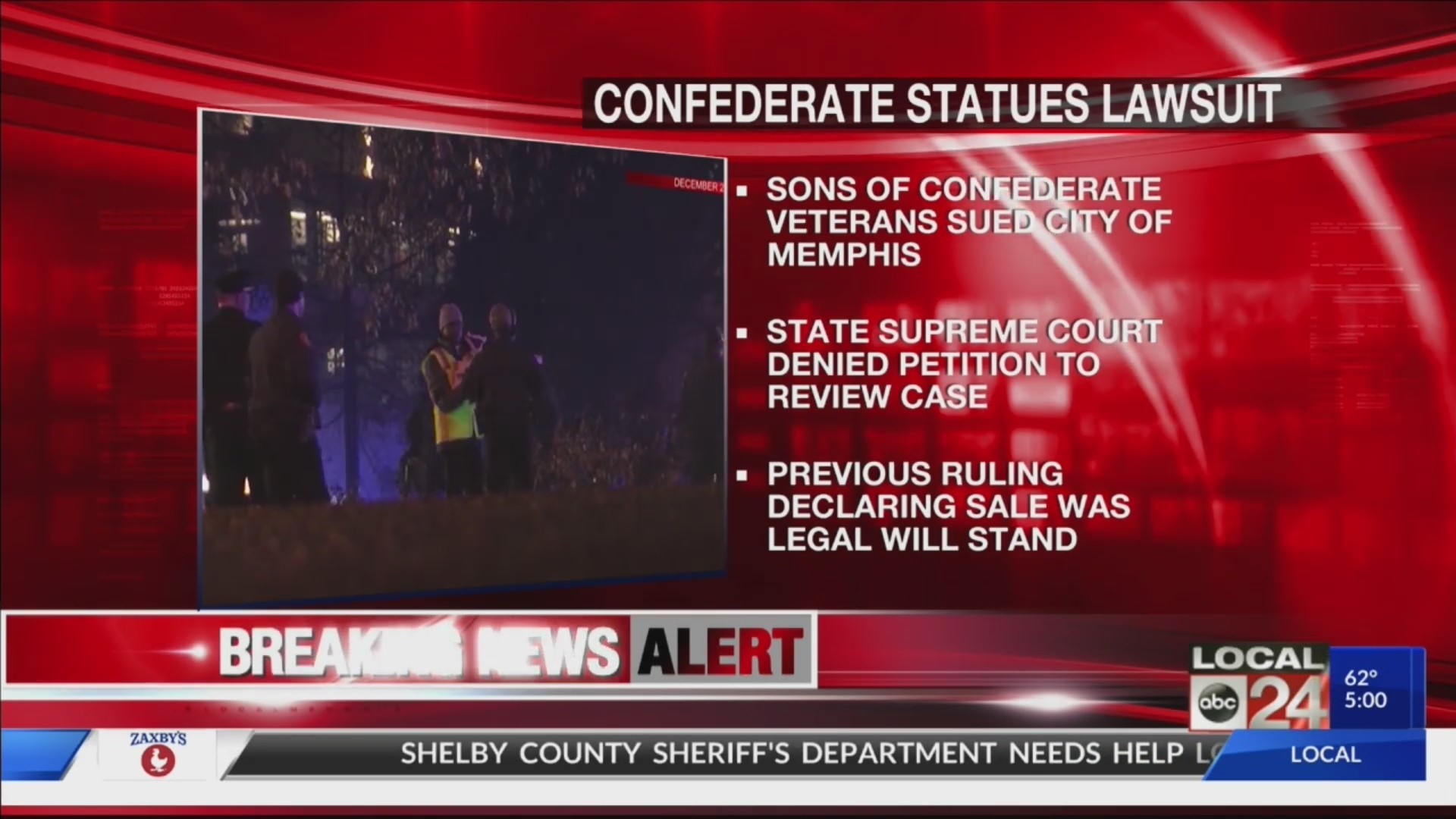 MEMPHIS, Tenn. (localmemphis.com) – The Tennessee Supreme Court has denied a petition by the Sons ofConfederate Veterans to review a lower court ruling dismissing their lawsuitover the removal of Confederate statues from two former city parks.

In its ruling, the state Supreme Court said:

“Upon consideration of the application for permission to appeal of Sons of Confederate Veterans, Nathan Bedford Forrest Camp #215 and the record before us, the application is denied.”

“We’re pleased with the Supreme Courts’ denial of the application of the Sons of Confederate Veterans petition to review the dismissal of this case in the lower Courts. This decision effectively ends this litigation and allows Memphis Greenspace to relocate the statues to an appropriate venue outside of Shelby County. Every decision the City of Memphis has made throughout this process has been thoughtful and most importantly, legal.”

“With the same energy we used to remove confederate statues—physical and cultural barriers—from our public parks, we will now place that energy toward further activating them.

With the support of our partners Memphis River Parks Partnership, Downtown Memphis Commission, and funders of Reimagining the Civic Commons, Memphis Park enhancements are officially, as of today, underway to further beautify and build community in these spaces.”

Thesons of Confederate Veterans said it was illegal for the city to sell the parksto a non-profit so that it could remove the statues. The Tennessee Court ofAppeals later ruled that the maneuver by the city was legal, saying because theparks and monuments were no longer public property, they no longer were subjectto protections under the ‘Tennessee Heritage Preservation Act’.

“I think this is important to everybody. All of these three men depicted in the statues were American veterans. And it just sets a bad precedent to take down any statue to erase history. And that is want Memphis is trying to do, erase history. That’s just wrong,“ Lee Millar with the Sons of Confederate Veterans said in June after the appeals court ruling.