General Sessions Civil Court judges are not holding court every weekday and have reduced docket. 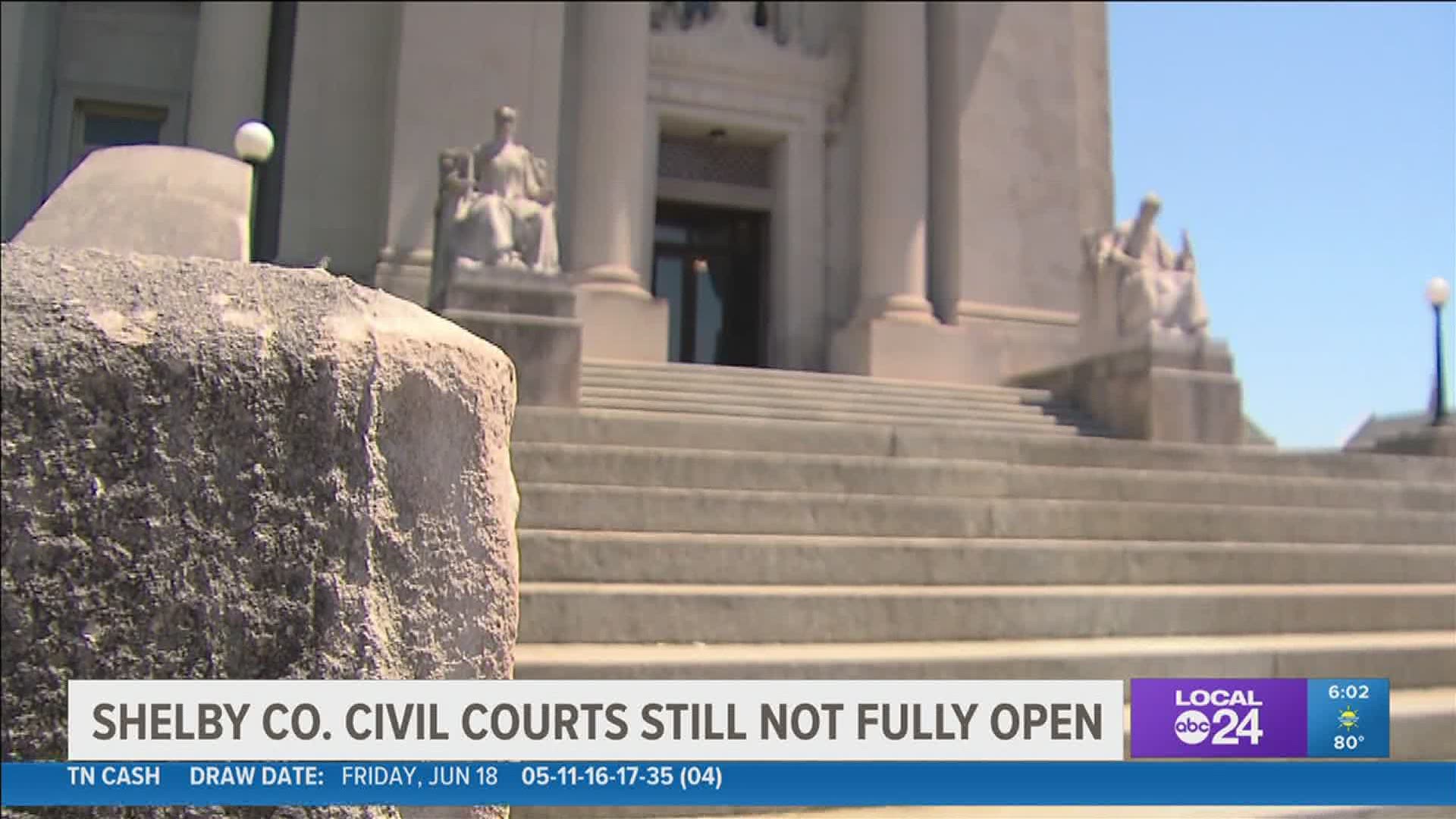 MEMPHIS, Tenn. — The Tennessee Supreme Court lifted almost all restrictions on in-person hearings but it appears some judges in Shelby County haven't gotten the message. Several divisions of civil court are only holding court a few days a week. Fewer cases are being heard and it's backing up courts, taking months for some cases to get court dates.

Frustrated residents and their lawyers want to know when these judges will be getting back to business.

In Shelby County, there is criminal court and then there is civil court, that's where lawsuits are heard. And it's what's happening in different Civil courts that has come into question.

Knochenhauer is sick of waiting for her day in court. She has a pending lawsuit in General Sessions civil court but hasn't had a court date in over a year. That is because, on any given day, half of the General Sessions Civil courtrooms remain empty. The judges are only in session two or three days a week, and they only hear about a third of the cases they did before the pandemic. The reason, they say, is so the unused courtroom next door to them can be used to hold extra people if needed.

"I’m frustrated and I’m getting a little angry and I don’t want to be angry," said Knochenhauer.

Last month, The Tennessee Supreme Court issued an order essentially lifting all court restrictions. The only restriction still in place is the 3-foot social distancing requirement inside the courtroom.

"I think the intention of the Supreme Court by lifting these restrictions is 'get back and get your work done' that's my impression," said John Campbell, 30th District Presiding Judge. He says, while criminal court operations are basically back to normal, he doesn't know why that's not happening across the street in civil court.

"I don’t know what the justification is now and that’s is something you need to talk to those judges about because certainly we are not under those restrictions that we were under a month ago," said Campbell.

"In our courtrooms, we are still under mandates by the Supreme Court," said Betty Thomas-Moore, General Sessions Civil Court Judge.

Thomas-Moore and several other judges said the Supreme Court mandate is the reason they are operating on a reduced schedule. The judges say they still have to work under a year-old reopening plan that was created early on in the pandemic.

"All we have to hear from the Supreme Court is 'Ok, there is nothing in place anymore'," said Thomas-Moore.

Thomas- Moore said that even though they are not having court every day, judges are still working back in their chamber, "we hope to reopen soon that’s all I can say. I wish we had a particular date but right now we are still under the old plan."

"I think if some folks think the Supreme Court has placed restrictions on them, I don’t think that’s really correct, " said Campbell.

RELATED: 'Things are getting back to normal at 201 Poplar'; first Shelby County jury trial since March 2020 begins

RELATED: Some stalled court & eviction proceedings are now moving forward in Shelby County. What it means for you

As presiding judge, Campbell says he plans to send an email to all the judges in Shelby County, in case they misunderstood the Supreme Court's most recent order.

A spokesperson for the Tennessee Supreme Court confirmed that there is nothing preventing judges from fully reopening for business. A statement from the Administrative Office of the Court reads, "Under the most recent Supreme Court Order, courts may amend their plans at any time without approval. The only restriction still in place is the 3-foot social distancing."

Knochenhauer agrees it's time for judges to hear as many cases as they can, given the backlog, and she is more than ready for her day in court.

"We're still in a pandemic but let’s get back to work," said Knochenhauer.

Other civil court divisions, like Chancery Court are fully operating. Judges in Circuit Court Civil are having some hearings in person and some on zoom. The Probate Clerks office has been closed to the public, except by appointment. The clerk said, that it will be open to the public mid-July.

There is no word on when General Sessions civil will resume weekday operations of all courtrooms.