'This could be months rather than weeks' | TDOT, ARDOT work to repair & reopen I-40 Hernando de Soto bridge

The bridge - which carries more than 40,000 cars & trucks daily - is closed for further notice after inspection crew found large crack in one of its steel beams. 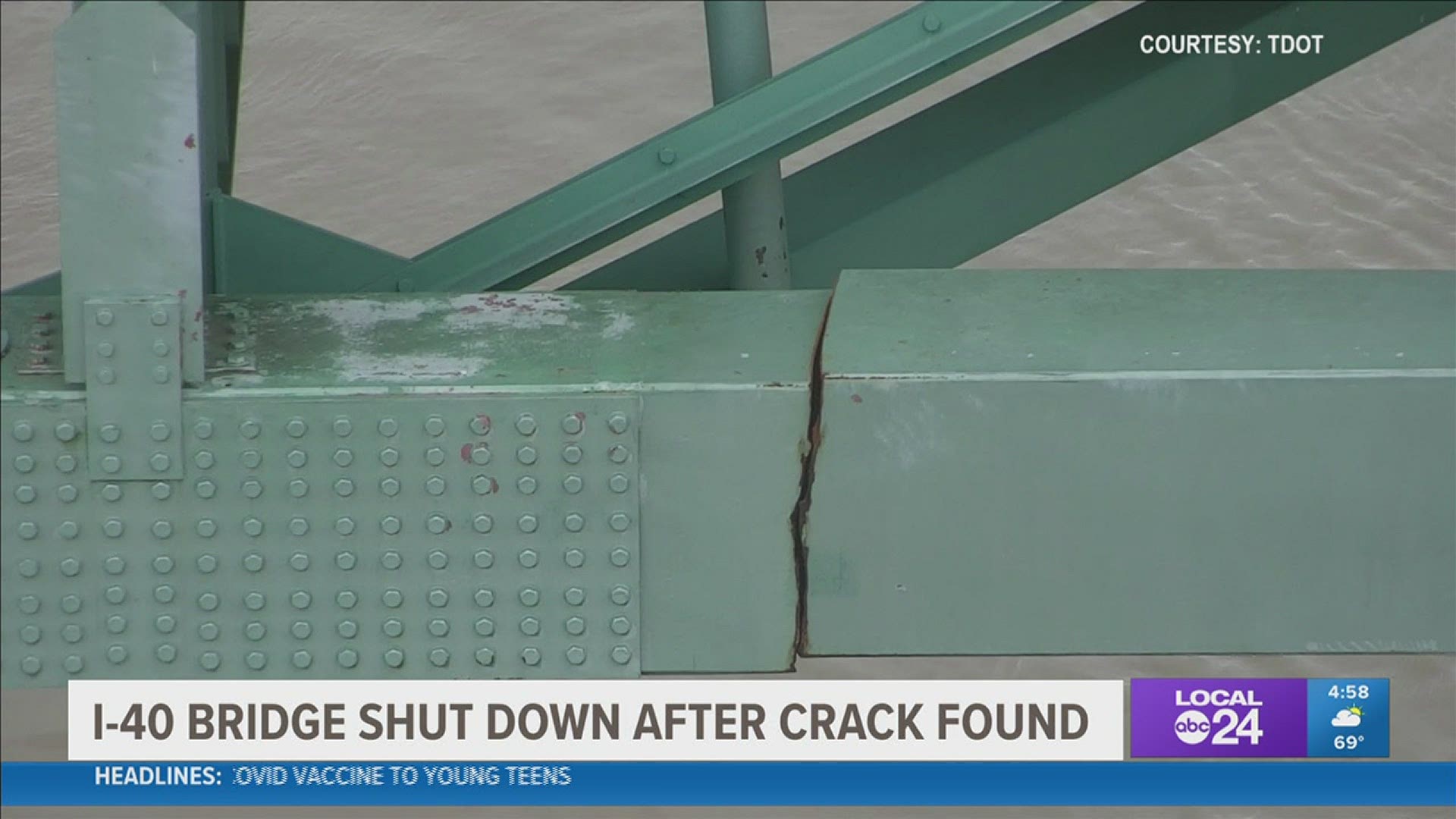 MEMPHIS, Tennessee — "Certainly it's plausible that this could be months rather than weeks," Tennessee Department of Transportation Deputy Commissioner and Chief Engineer Paul Degges said.

That's the blunt truth from TDOT leaders for the question of when cars and trucks will again cross the I-40 bridge between Arkansas and Tennessee.

Tuesday, the bridge was shut down for the foreseeable future, after an Arkansas crew on a routine inspection found a major crack in a steel beam near the center of the Hernando de Soto bridge.

"This fracture had the potential of becoming a catastrophic event," Arkansas Department of Transportation Director Lorid Tudor said.

Those with both ARDOT and TDOT said Wednesday believe the steel crack came from overall wear and tear and not any seismic activity or weather-related damage. An ARDOT spokesperson said crews last inspected the bridge this past September, rating it in fair condition with an overall score of six out of 10.

"When you have a lot of movement on a bridge, you have fatigue issues on them," Degges said.

ARDOT teams will reexamine how much the I-40 bridge can withstand by itself before river freight is allowed underneath.TDOT crews will then handle repairs that will provide a long term fix, potentially with some traffic allowed through during construction. 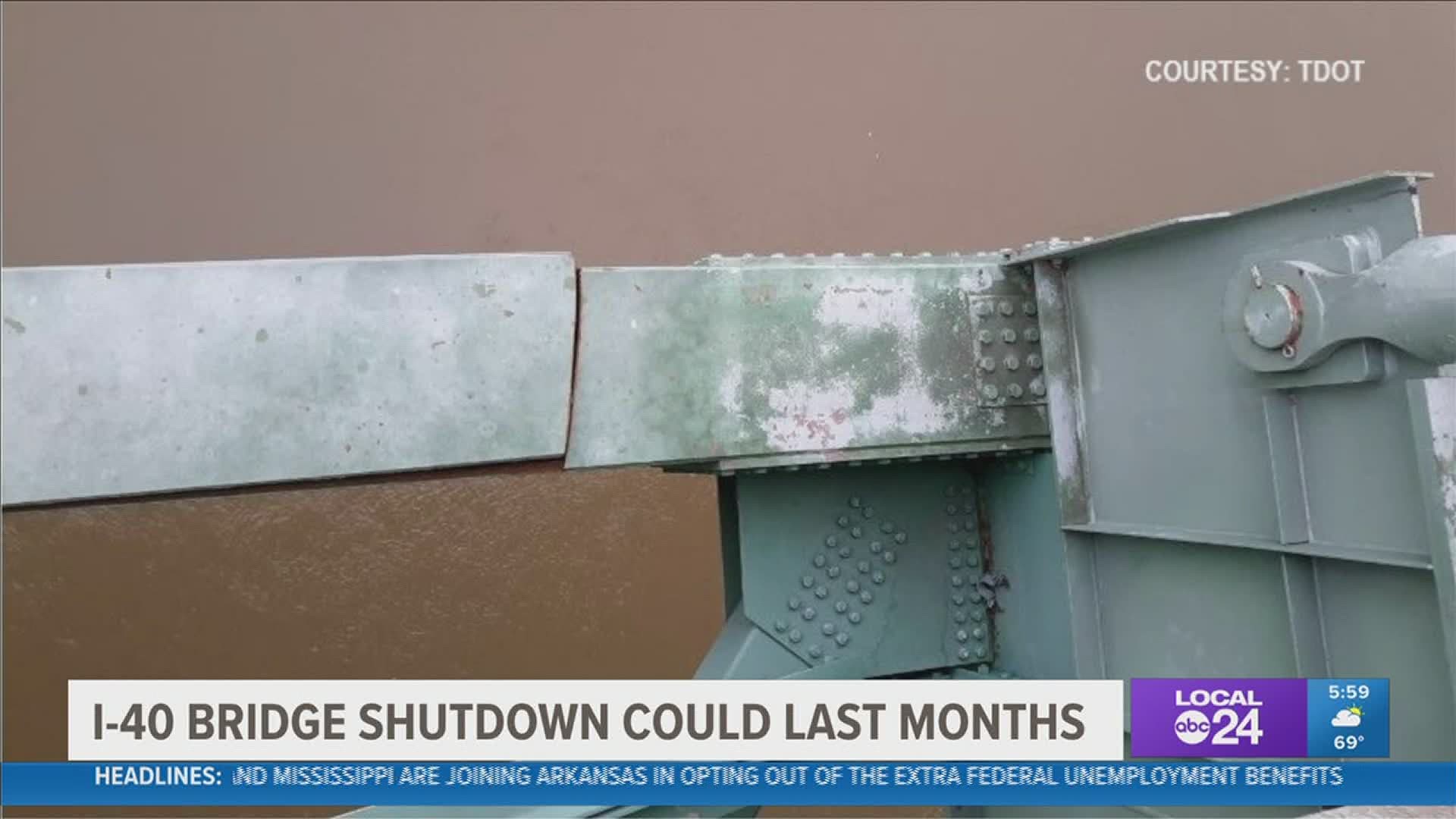 "Safety is number one for us, but we absolutely want to get the bridge open as soon as possible. But we are not going to shoot from the hip here," TDOT Commissioner Clay Bright said.

All interstate traffic crossing the Mississippi River through Memphis is now rerouted to the I-55 bridge, which passed its own inspection last August.

"It can handle the traffic, but certainly we are trying to double the amount of volume through the same size pipe," Degges said.

ARDOT will conduct another inspection of the I-55 bridge as a precaution with more cars and trucks now driving across it daily.

I-40 Hernando DeSoto Bridge over the Mississippi River is shut down for repairs. More here ---> https://t.co/R3vtafjt6B pic.twitter.com/1jMU6oKxV0