Tennessee said it is expecting a large increase in vaccine shipments by the end of the month, so it is moving forward with Phase 1c. 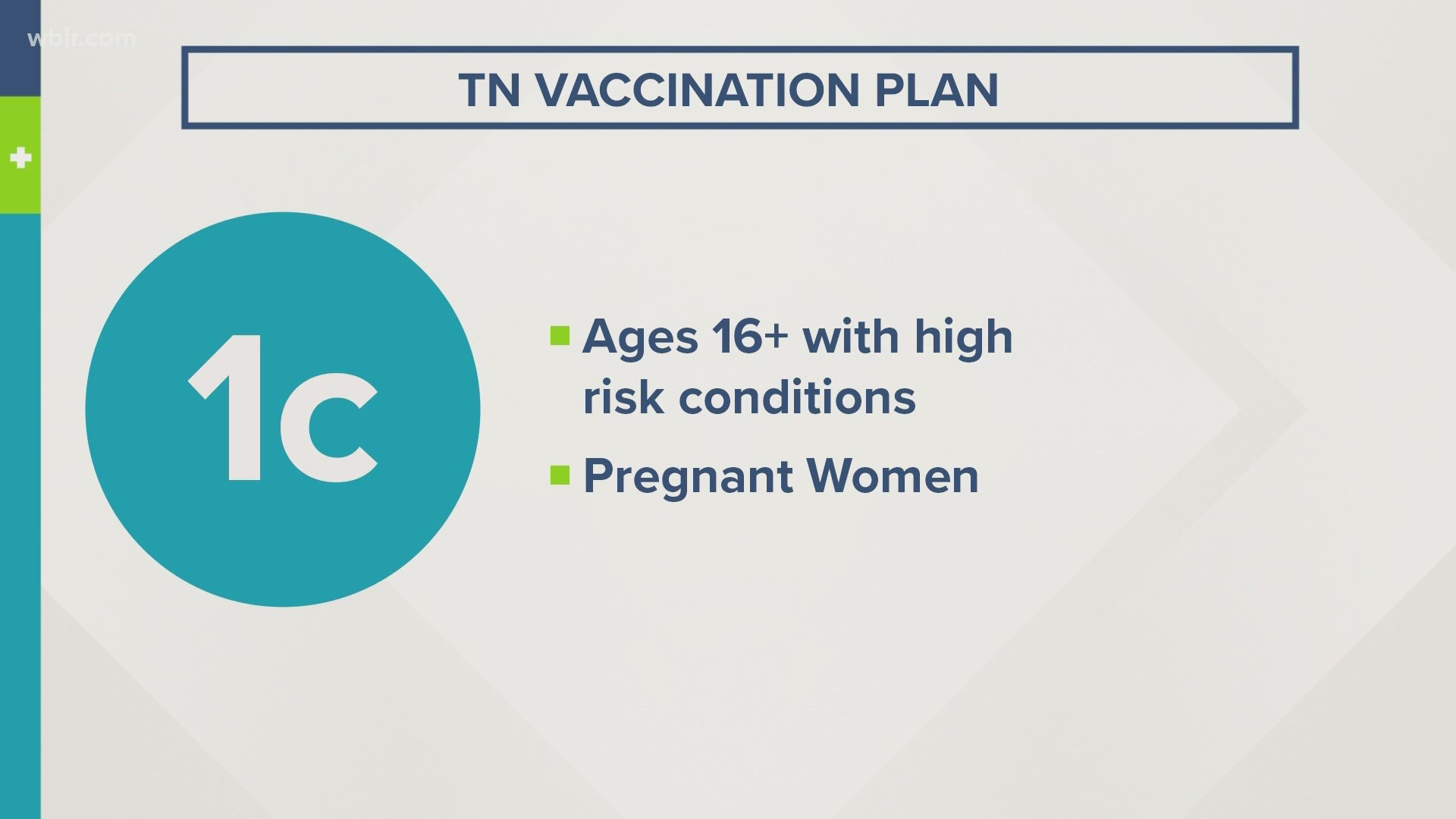 TENNESSEE, USA — The Tennessee Department of Health announced Tuesday it will be moving forward to Phase 1c of its risk-based  COVID-19 vaccination plan, which includes people age 16 and older with high-risk medical conditions and others.

Starting Monday, March 8, Tennessee will transition to the next phase -- which includes people 16+ with high-risk comorbidities such as diabetes, asthma, cancer, obesity, pregnant women, as well as caretakers of medically frail children. Those eligible can begin to register for the waitlist on Monday at 8:30 a.m. for the COVID-19 vaccine as part of Phase 1c. 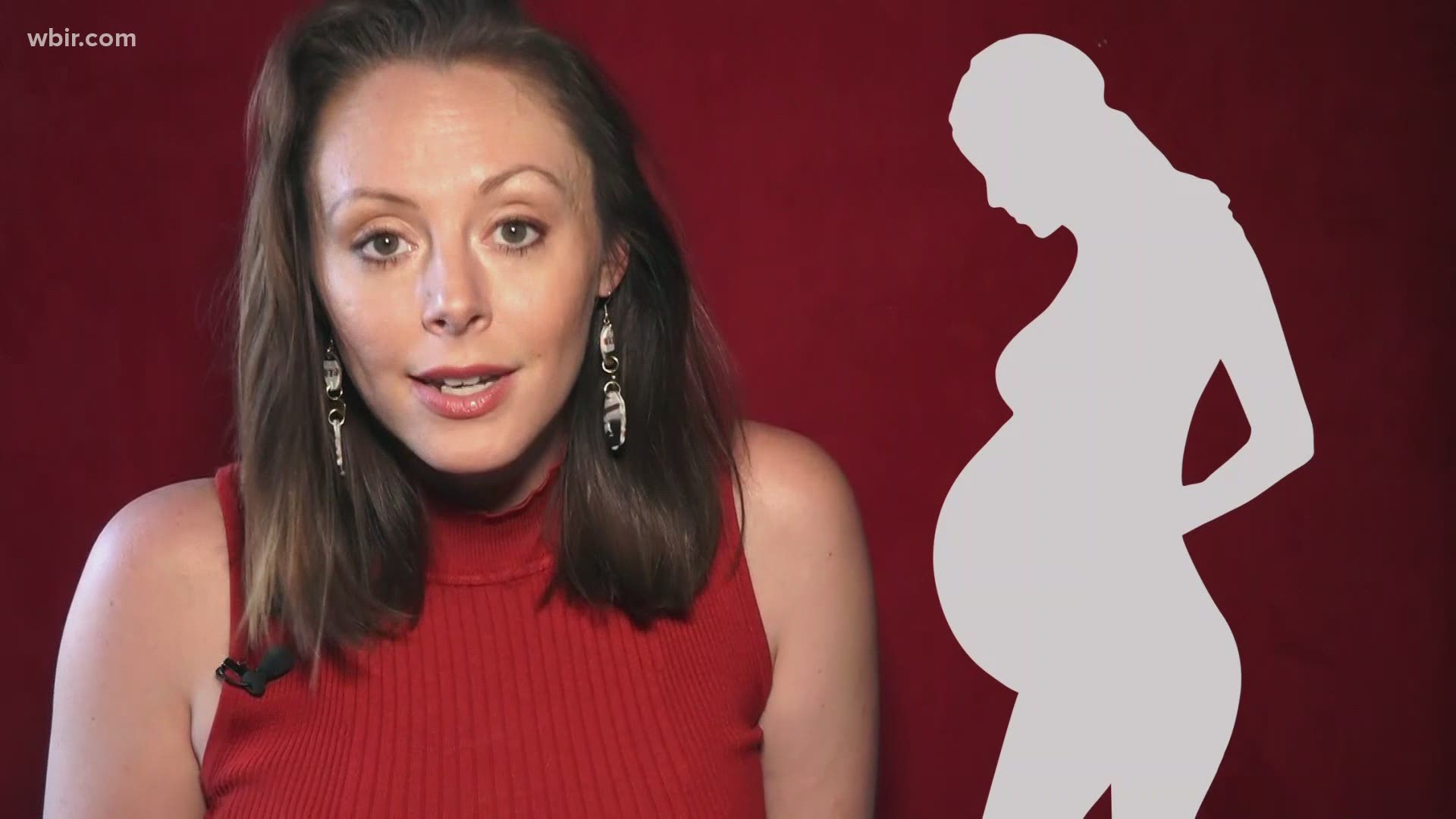 People in these groups will be able to schedule appointments alongside people in phases 1a1, 1a2, 1b and those 65 and older.

Here are some conditions Tennessee considers "high-risk" for COVID-19:

Health officials removed the medication requirement for people with a diabetes diagnosis to get the vaccine.

Household contacts of pregnant women were also formally added to the eligibility list.

People with high-risk, progressive neuromuscular disorders, such as muscular dystrophy, ALS and multiple sclerosis, are now eligible under phase 1c.

People with Down Syndrome were also added to the list.

TDH Commissioner Dr. Lisa Piercey said the news follows promising updates on vaccine shipments. The state is expecting to receive 54,000 doses of the Johnson & Johnson vaccine on Wednesday, which only requires one dose instead of two. That's on top of the nearly 200,000 doses of Moderna and Pfizer vaccine the state will receive.

Piercey said there will be a two week period after the initial Johnson & Johnson vaccine distribution where the state won't receive another shipment from the company. After the short hiatus, it expects the second J&J shipment to arrive on March 22.

By the end of March, Piercey said TDH expects the number of doses to increase to 300,000 in the weekly shipments between the two-dose Moderna and Pfizer COVID-19 vaccines, and the one-dose Johnson & Johnson vaccine.

“The best vaccine is the one you can get the soonest," Piercey said, saying all three vaccine brands are safe and 100% effective at preventing serious COVID-19 illnesses.

Piercey said people looking to schedule appointments should not just rely on only ones offered by local health departments, saying more and more pharmacies and health care providers are beginning to offer appointments.

Piercey said most locations will be offering one of the three currently authorized vaccine brands. Some larger healthcare providers may offer more than one if they have the capability, but generally she said it's not advised to offer more than one brand in order to prevent errors with administering the second dose of either the Moderna or Pfizer vaccine.

Piercey said currently there are close to 200,000 available appointments across Tennessee through May -- saying most of those appointments are available in the 89 rural counties across the region. She encouraged people who are having trouble finding appointments in their own county to take a look at availability in surrounding counties through vaccinefinder.org.

The department said it is also working on setting up mass drive-thru vaccine clinics for the public in the coming weeks that will be held on college campuses. The state is working with the Tennessee Board of Regents to set those up, and said it expects to announce more details soon.