The Confederate women's organization erected monuments and wrote textbooks for public schools in the 20th century. 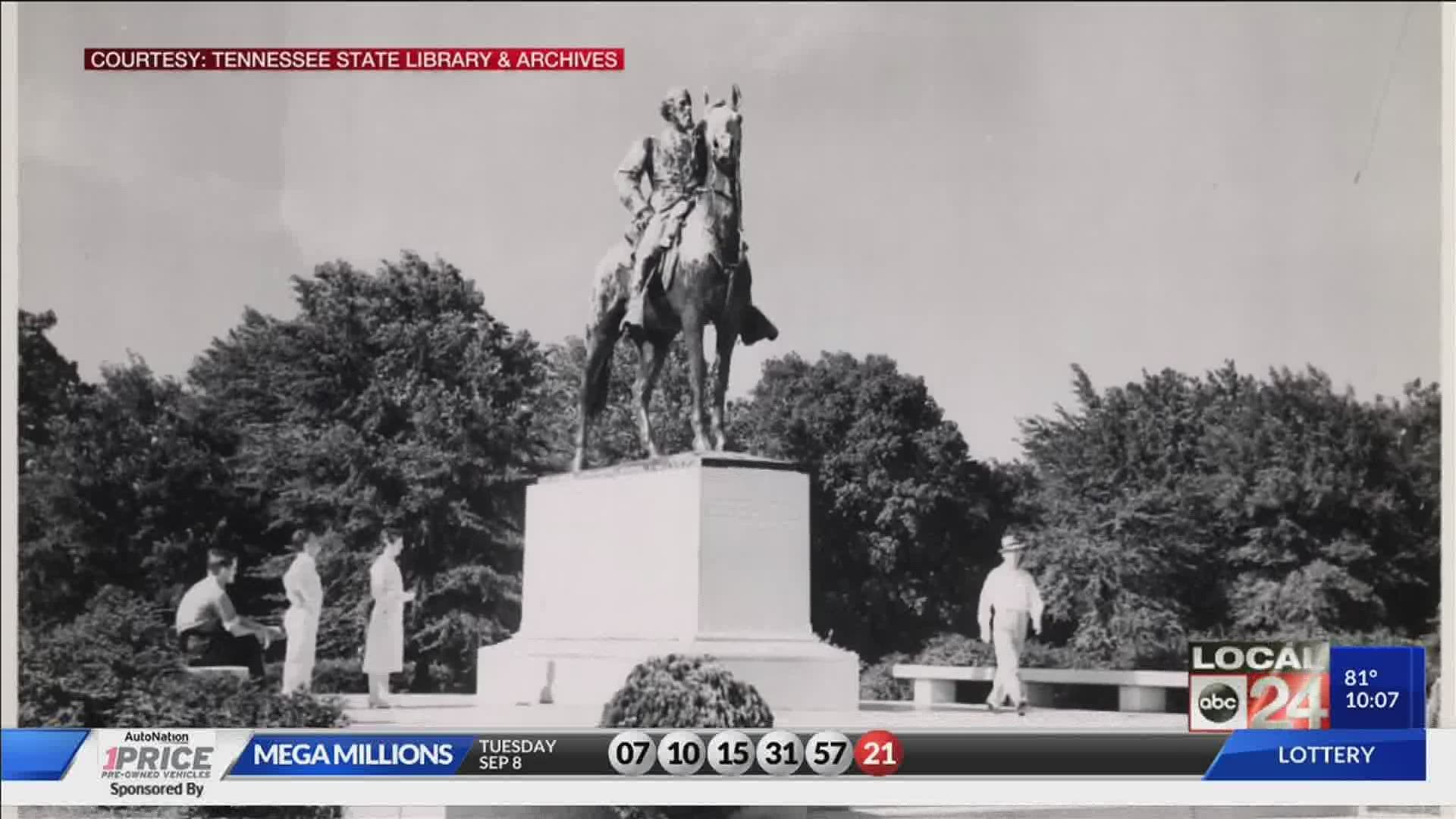 MEMPHIS, Tenn. — The debate over whether to remove Confederate monuments is stronger than ever. Some of the organizations that have donated or erected the monuments still influence in communities decades later.

In Collierville, on Monday, protesters were met with even more counter-protesters who want the Confederate marker, which was donated by the United Daughters of the Confederacy, to stay.

The Confederate women's organization has had low membership for years, but their influence in Southern culture is still strong. Their lasting impact is in how "their" narrative of the Civil War and the years following unfolded.

UDC was founded in Nashville, Tennessee in 1894 and it is the South's oldest heritage and patriotic organization. It's made up of female descendants of the soldiers, sailors, and statesmen of the Confederate States of America.

The reason for their inception was to fundraise for Confederate veterans to provide them with pensions, veterans' homes, and putting up monuments in their honor so their service would not be forgotten.

Southern historian Dr. Stephanie Rolph at Millsaps College said their founding was also a way to remember how Confederate women served during the Civil War. They also wanted themselves and the veterans to be remembered for their humanity and greatness despite being a region that had millions of slaves.

"They also have their own reputations to protect and kind of rewriting the narrative of the war and the Confederate rebellion," Rolph said. "So that it becomes about honor, it becomes about protecting the home, the nurturing space, it reiterates that paternalistic relationship between master and slave and that these white women imagine themselves as maternal figures toward the enslaved women."

Rolph said their lasting impact was on the narrative of history they rewrote in textbooks to embellish what really happened in the Confederate states before and during the Civil War.

"The longest and deepest impact these women have is rewriting history textbooks to reflect their version of why the war happened," Rolph said.

Rolph said the organization endorsed textbooks teaching lessons like the "War of Northern Aggression," that the Civil War was fought over states' rights, and the "Lost Cause," which argues slavery was morally correct because it brought about economic prosperity. UDC's versions have been proven to be historically inaccurate by several scholars.

These lessons significantly undermined the terrible treatment of enslaved Black people, so slavery did not look as horrific to future generations.

One of the textbooks written by a member of UDC for Mississippi public schools in 1914 stated "This book is dedicated by the author to the Youth of the Southland, hoping that a perusal of its pages will inspire them with respect and admiration for the Confederate soldiers, who were part of the Ku Klux, and whose deeds of courage and valor, have never been surpassed, and rarely equalled, in the annals of history."

"To represent and romanticize the sacrifice of the Civil War through the white perspective is to make an intentional decision to leave Black Americans out of that history," Rolph said.

While corrections to textbooks have been made, many generations still alive today were taught these lessons in public schools throughout the South in the 20th century.

Rolph said this view of history has caused a "generational divide" in which many people today still have a difficult time letting go. For generations, these stories were also told by family members to sometimes highlight the service of the Confederate soldiers, which become a part of their "heritage."

"When you’re taught that at a formative age, I think we don’t always recognize how difficult that is to uproot," Rolph said.

She said the strong reaction to removing Confederate monuments could stem from the thought that people are having to "rewrite their personal history" despite these statues only telling a part of the story.

“This is something that is very personal to who people believe that they are and who their families have been over generations,” Rolph said.

Their original initiative was honoring Confederate veterans by getting them pensions, veterans' homes, and putting up monuments to never let their memory be forgotten.

One of their organization's monuments is in Collierville which was erected in 1940. @LocalMemphis pic.twitter.com/FOZAIxDQuC

UDC has on the home page of its website a statement saying the organization asks people to cease using the Confederate symbols for "abhorrent and reprehensible purposes." It also stated it denounces any form of racism.

The statement from UDC also included they do not wish to see any Confederate monuments erected by previous members taken down as they have been a part of the Southern landscape for decades. They ask that people let them honor their ancestors as all Americans should be able to honor theirs.

"We are saddened that some people find anything connected with the Confederacy to be offensive," the United Daughters of the Confederacy stated. "Our Confederate ancestors were and are Americans. We as an Organization do not sit in judgment of them nor do we impose the standards of the 19th century on Americans of the 21st century."

Rolph said while UDC's membership is dwindling, the legacy of the organization is still prevalent in the South.

"Their influence is seen more in the footprint that they have left in the debates we keep having," Rolph said. "We are sitting at the table they set for us and so their current membership numbers are less relevant to me than the deep impact they continue to have."