The Mississippi flag will no longer bear the Confederate emblem

A new design of the flag will be presented to voters in November. 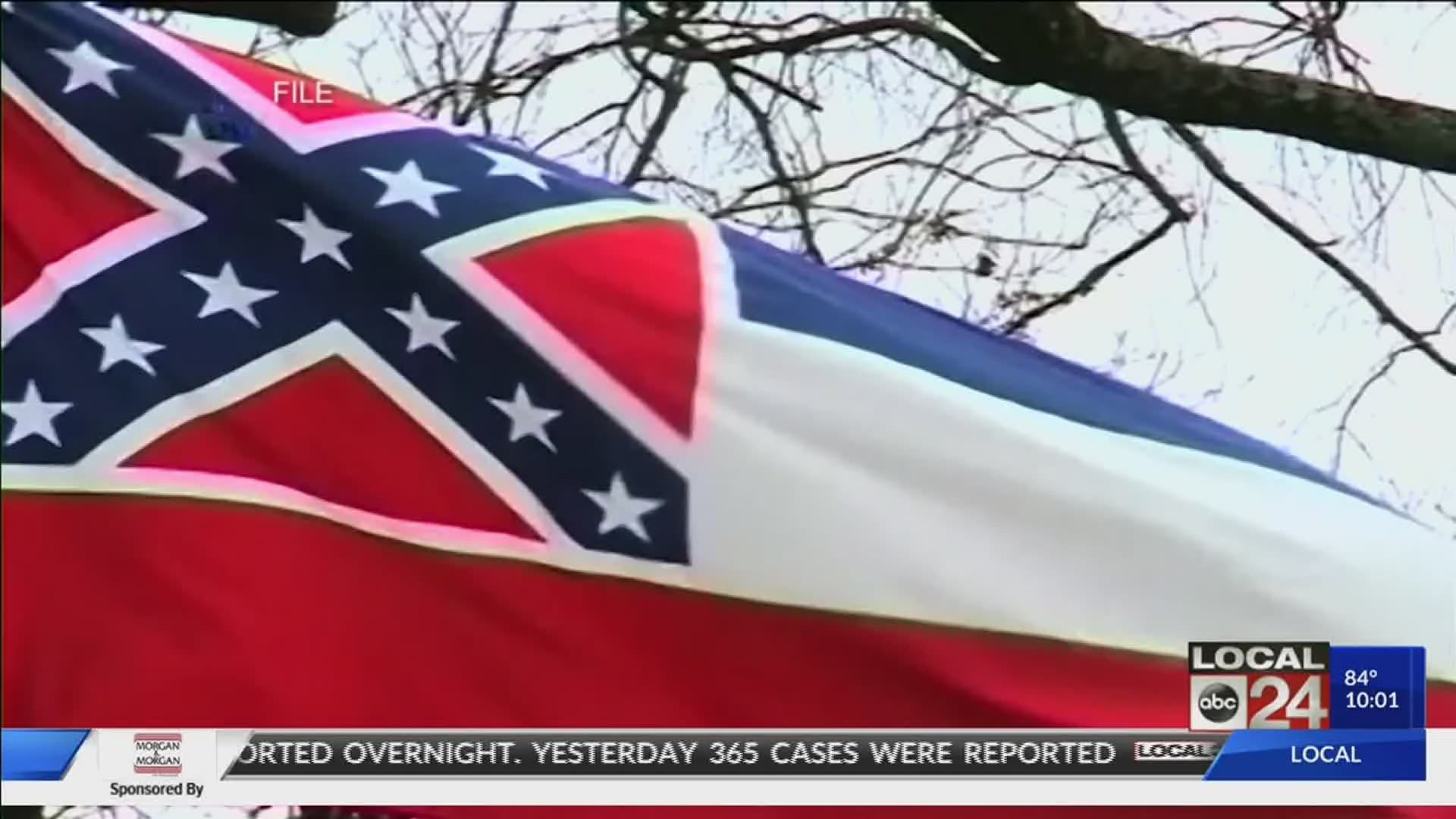 DESOTO COUNTY, Miss — June 28, 2020 will be a date saved in Mississippi history books. In 126 years, the state flag bearing the Confederate emblem was voted down by the Mississippi state legislature.

Both the Mississippi House and Senate signed a bill that removes the Confederate emblem from the state flag. Governor Tate Reeves said he will sign a bill that allows for a new state flag to be adopted.

Once Reeves signs the bill the flag will no longer be official. In the bill, there will be a nine-member commission that will meet to design a new flag without the Confederate emblem.

Mississippians, like Desmond Flowers, believe this is just the start of change.

"I think we’re headed in a great direction getting a new flag," Flower said.

Flowers said the vote is long overdue to create a flag inclusive for the state's diverse population.

"With what the Confederate flag is tied to its time for Mississippi getting a new flag showing that there’s an improvement," Flowers said.

Rep. Jarvis Dortch, (D)-Hinds, voted to adopt a new flag and said the decision was more important than ever.

"We’ve always been the last state to have this," Dortch said. "It’s kind of been swept under the rug. It’s not something that has been in the spotlight."

The vote comes days after pressure from major organizations such as the SEC, Mississippi Baptist Convention, Walmart, and NASCAR spoke out against the Confederate emblem.

"It put an even stronger light on our state for having this still standing there," Dortch said.

Mississippians, like Erin Rideout, said she disagrees with the legislature's vote.

"Personally, I don’t feel like it should be removed," Rideout said.

She said the voice of the people still needs to be heard over the matter.

"I personally feel like people of Mississippi should vote on it," Rideout said.

The new design will go before voters in November. If voters reject the design, Mississippi will go without a state flag until a new design is approved.