Election Day is one month away and the election commission is preparing for a record-breaking amount of mail-in ballots. 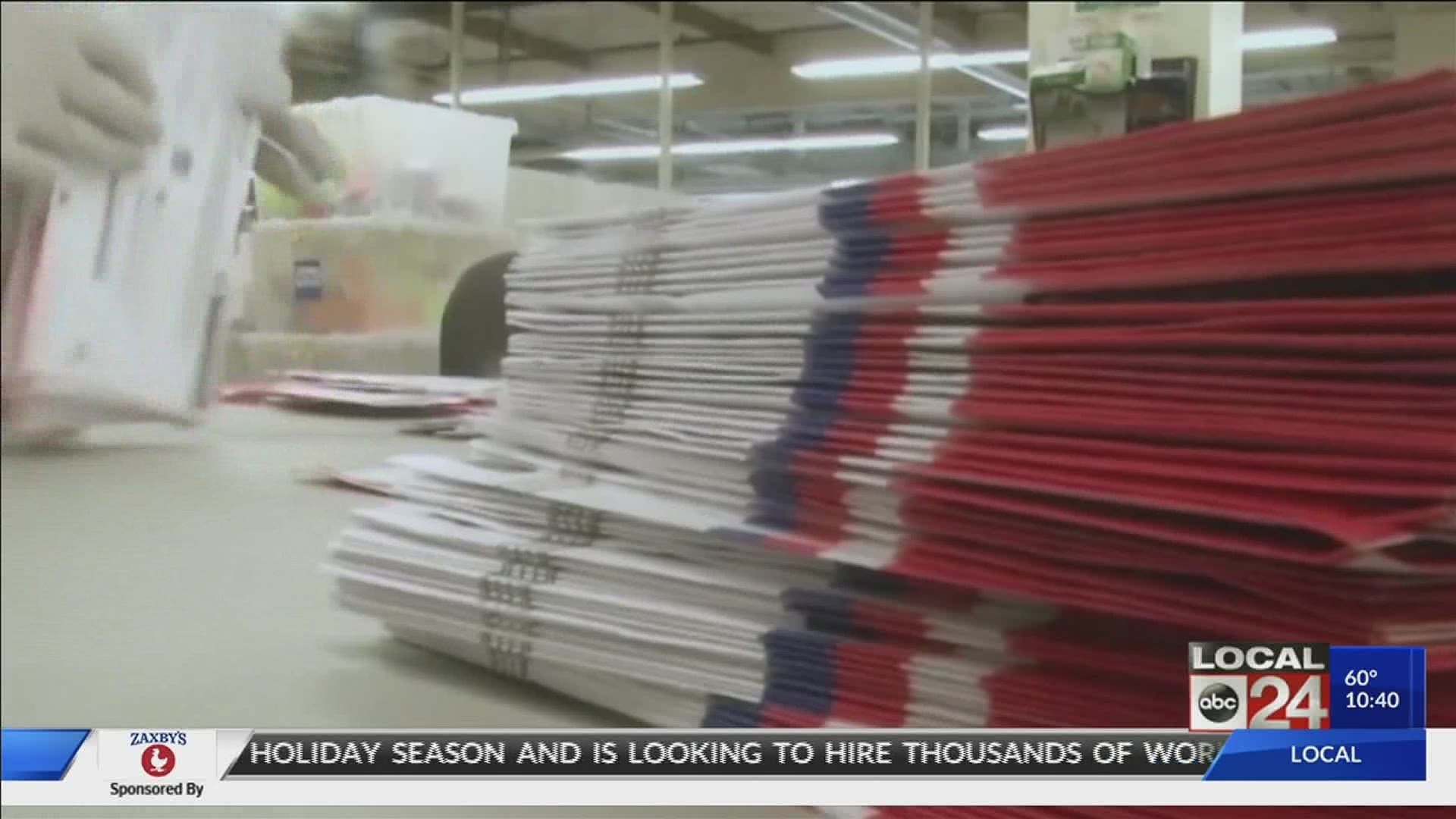 MEMPHIS, Tenn. — FedEx Forum will be an absentee ballot voting hub on Election Day as a record high of mail-in ballots are expected.

The Shelby County Election Commission predicts this election will have a 65% voter turnout rate, which will be the highest the county has seen since the 1964 election. With this being a highly contested election, the process to count potentially 100,000 mail-in ballots will be important.

Shelby County Election Commission administrator Linda Phillips said 100 teams of two people, one Democrat and one Republican, will process the ballots. She said if there are any conflicting readings of the votes a highly trained and specialized team of eight, which is split evenly between the two parties, will assess it.

"A team of two can do about 300 in about two hours," Phillips said.

The counting teams, who will be spread out on the floor of the basketball court, cannot start counting mail-in ballots until 7 am on Election Day. Phillips had predicted as many 100,000 absentee ballots would need to be counted, but after news broke of delays at the postal service, she is not so sure now.

"I was planning for 100,000, but when the troubles with the post office came to light the number of requests we’re getting dropped enormously," Phillips said.

Phillips said security will be a top priority with transporting and counting the absentee ballots. Cameras and other security measures will be active where counters will be working on Election Day.

"The bins will be transported with a law enforcement escort in a locked van which we will pull into FedEx Forum’s loading zone where it will stay being guarded all night until 6:45 in the morning when we’ll take the ballots into FedEx Forum," Phillips said.

Pastor Kenneth Whalum was one of many fighting for the Forum to have a special role on Election day after NBA players reached an agreement weeks ago to resume playing.

"This is important because this is probably going to be the largest turnout in the history of the United States," Whalum said.

While many are predicting official results might be delayed by days or even weeks, Phillips is now more optimistic that her team will get through counting Shelby County votes in a timely manner.

"I think we could probably know our part on Election Day," Phillips said.

Whalum expects predictions of a record-breaking turnout will come true and he is glad one of the city's most iconic landmarks will play a role.

"The fact that we’ll have the FedEx Forum, home of the Grizzlies, as a sort of civic hub for this area I think we’re going to see more people than the most optimistic predictions would take into account," Whalum said.

FedEx Forum will be an absentee ballot voting hub on Election Day as a record high of mail-in ballots are expected.

The Shelby County Election Commission predicts this election will have a 65% voter turnout and potentially 100,000 absentee ballots. @LocalMemphis pic.twitter.com/vnufYn6Lfu