"Their situation is urgent"; attorneys scramble to assist thousands of Memphians at risk of eviction at month's end 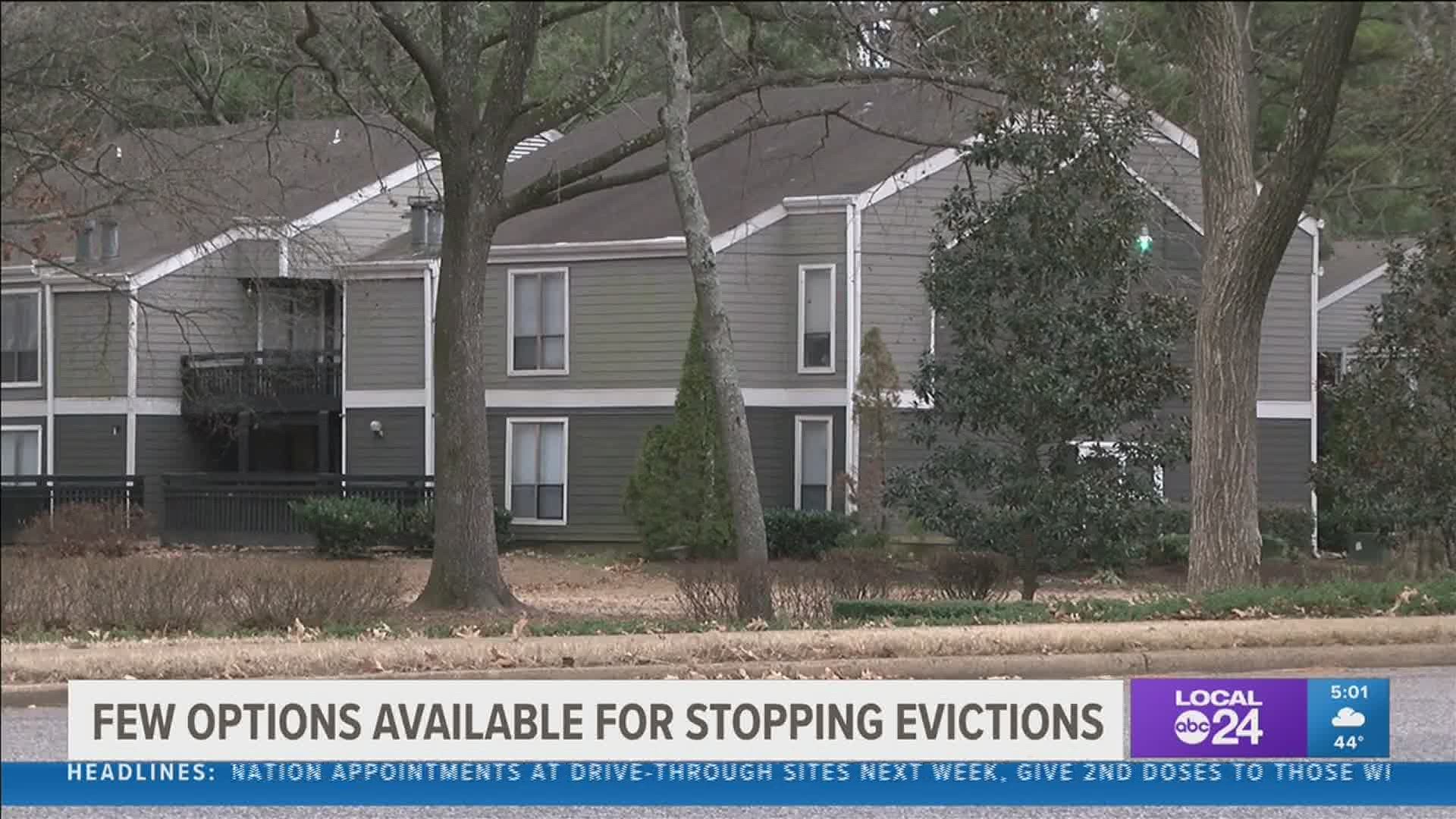 MEMPHIS, Tenn — "I am hoping that everyone is seeing that this is a real pandemic and a lot of people are hurting," Bluu Davis said.

Davis is among those hurting.

The single mother lost her job at the start of the COVID crisis. After falling behind on rent and being unable to negotiate a payment plan at the east Memphis apartment complex where she lives, Davis recently heard a knock on her door.

A Shelby County deputy served her with an eviction court hearing notice.

"I cried at first when the officer first served me because I never expected this in my life and definitely not during a pandemic," Davis said.

But that money is now dried up and other options are drying up too.

At 5/6 @LocalMemphis; thousands across Memphis area at risk February 1 of eviction unless last minute federal assistance or another extension emerges. I break it down from potentially affected tenants to organizations addressing last minute backup options before it's too late.

"My next first hope would be there's another extension of the moratorium that would at least get us to the point of having the monies come in," Ettingoff said.

Ettingoff said this week the calls she's received from tenants are increasingly urgent.

She asks those potentially impacted to ask their landlords for some kind of compromise - and mercy.

"I don't know if eviction does any good for anybody, I mean, from a COVID standpoint, from children trying to be educated in the home standpoint," Ettingoff said. 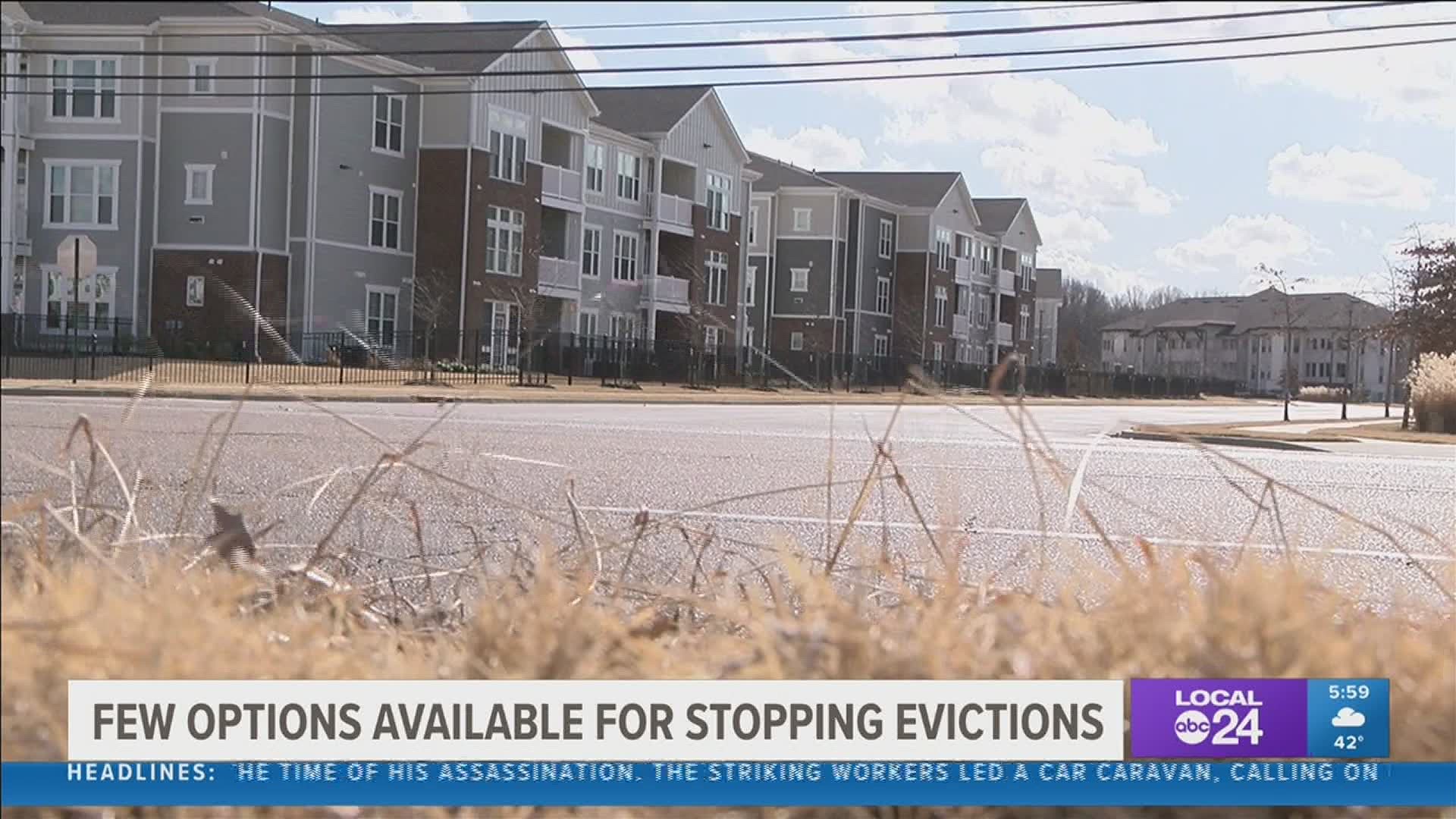 She's fighting to keep her apartment by month's end and praying for a last minute eviction extension or infusion of federal funding.

"I just moved there in March at the beginning of anything and just to see it all crash so quickly, it's painful," Davis said.

Memphis Mayor Jim Strickland announced this week the city is applying for emergency rental and utility assistance, with a response expected by month's end.