Tornadoes cause damage in northeast Arkansas 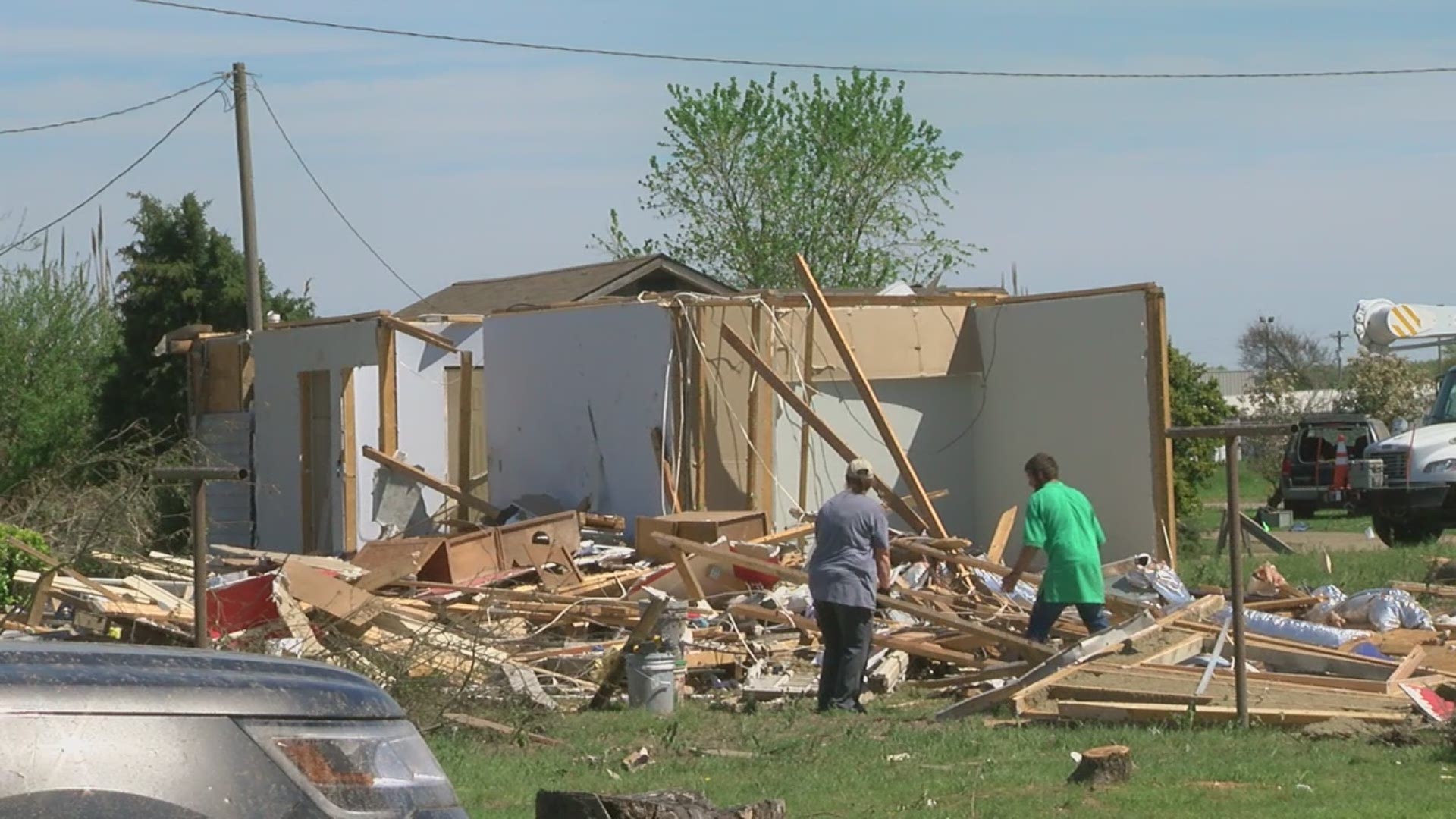 The second tornado touched down near Claypool Reservoir just north of Harrisburg - an EF-2 with winds at 125mph.

A tornado, caught on camera on the ground Wednesday night, caused damage in Poinsett County, Arkansas.

According to Poinsett County Sheriff, Kevin Molder, about 30 homes were damaged, most of those in the town of Harrisburg.

Local 24 Storm Team Chief Meteorologist John Bryant was tracking the storm as it moved through Poinsett County, south of Jonesboro, heading toward Shelby County.  The storm weakened as it made its way into Shelby County.

This is the second tornado to hit Northeast Arkansas in less than two weeks.

On Saturday, March 28, an EF-3 caused major damage in Jonesboro.

RELATED: Jonesboro tornado victim says the destruction has been "humbling"

RELATED: City of Jonesboro working to clean up and keep residents safe after tornado hits area