With a victory, Harris becomes the first openly LGBTQ and the youngest lawmaker in Tennessee 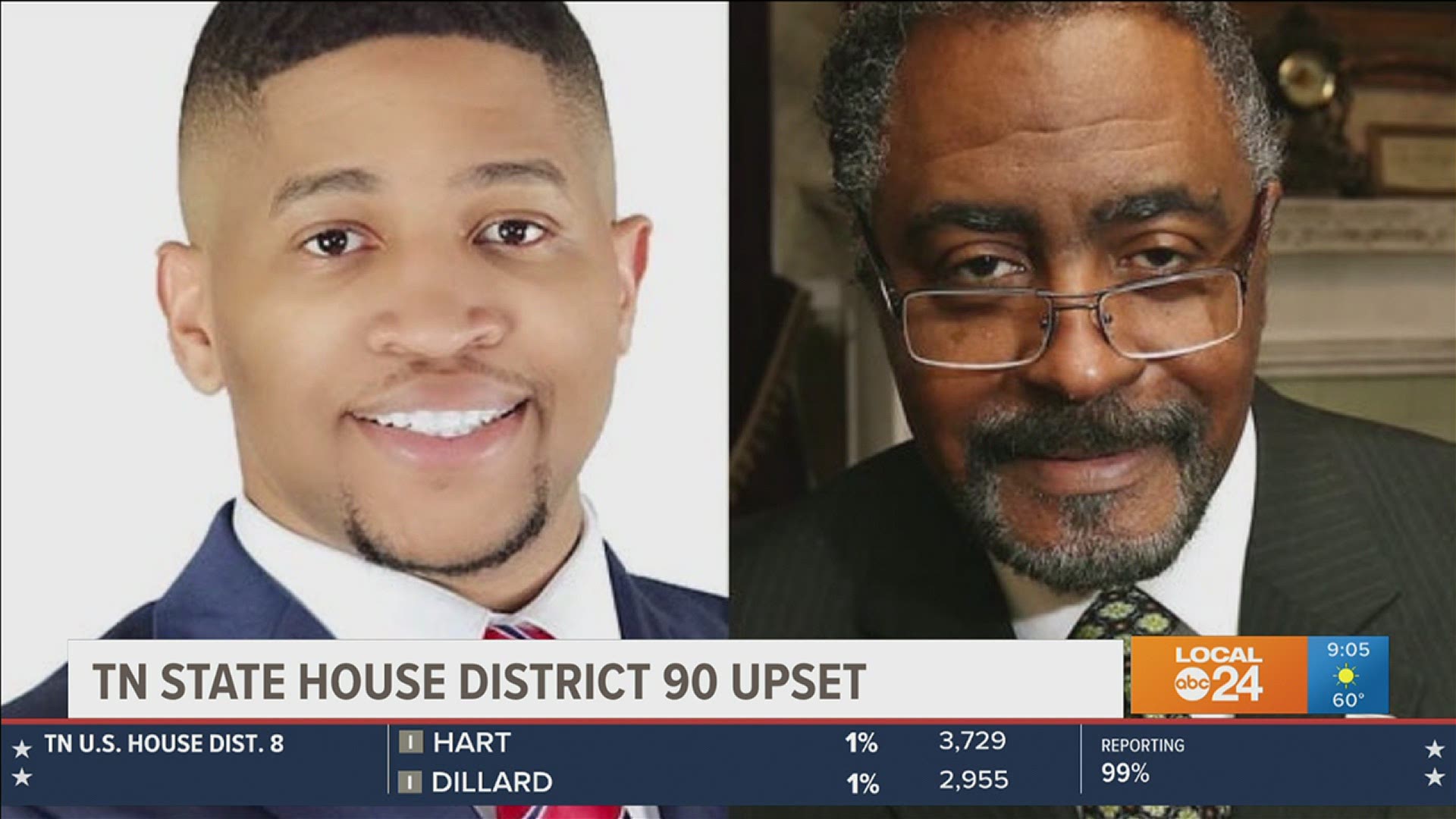 MEMPHIS, Tennessee — For the first time since 1994, there will be a new representative for Tennessee House District 90 in what became a milestone victory for Democrat Torrey Harris.

John DeBerry, who held the seat for 24 years, was unseated by Harris who received 77% of the votes. District 90 covers Midtown, North Memphis, South Memphis and Frayser.

Harris' victory makes him the first openly LGBTQ representative in the Tennessee House. He also is the youngest lawmaker in the state at 29-years-old.

In 2018, Harris ran for the first time against DeBerry unsuccessfully but this year there was a shakeup in the Democratic party. The Tennessee Democratic Party kicked DeBerry out of the party and voted to remove him as a Democrat on the ballot.

DeBerry instead ran against Harris as an Independent but name recognition was not enough to regain the seat.

Torrey Harris is Tennessee’s first openly LGBTQ lawmaker and the state’s youngest after winning House District 90. Harris wore a suit with the names of Black lives killed by police when he took the stage for his victory.

In a watch party turned victory party on Election Day, Harris said he will wake up every day ready to serve his district and all Tennesseans.

“I hope to be someone they can look to as a real representative," he said. "Someone who will listen, empower and serve not just some people but all Tennesseans."

Harris took the stage in a black suit with the names of Black lives killed by police. He said during his speech that he will ensure that Black voices matter. He also spoke on what he wants to accomplish.

“We need to figure out ways to eliminate cash bail in the state," he said. "We need to make sure that people have the transportation to be able to get and provide for themselves. We have to do it.”

I won! I am Tennessee State Representative Torrey Harris with 78% of the votes! #Memphis #Elections #Democrat #JoeBiden #BlackLivesMatter #iMadeHistory4TimesTonight pic.twitter.com/S55EP1whvB