Under current state orders, the high school football season will be delayed. The TSSAA has to decide how it will alter the schedule. 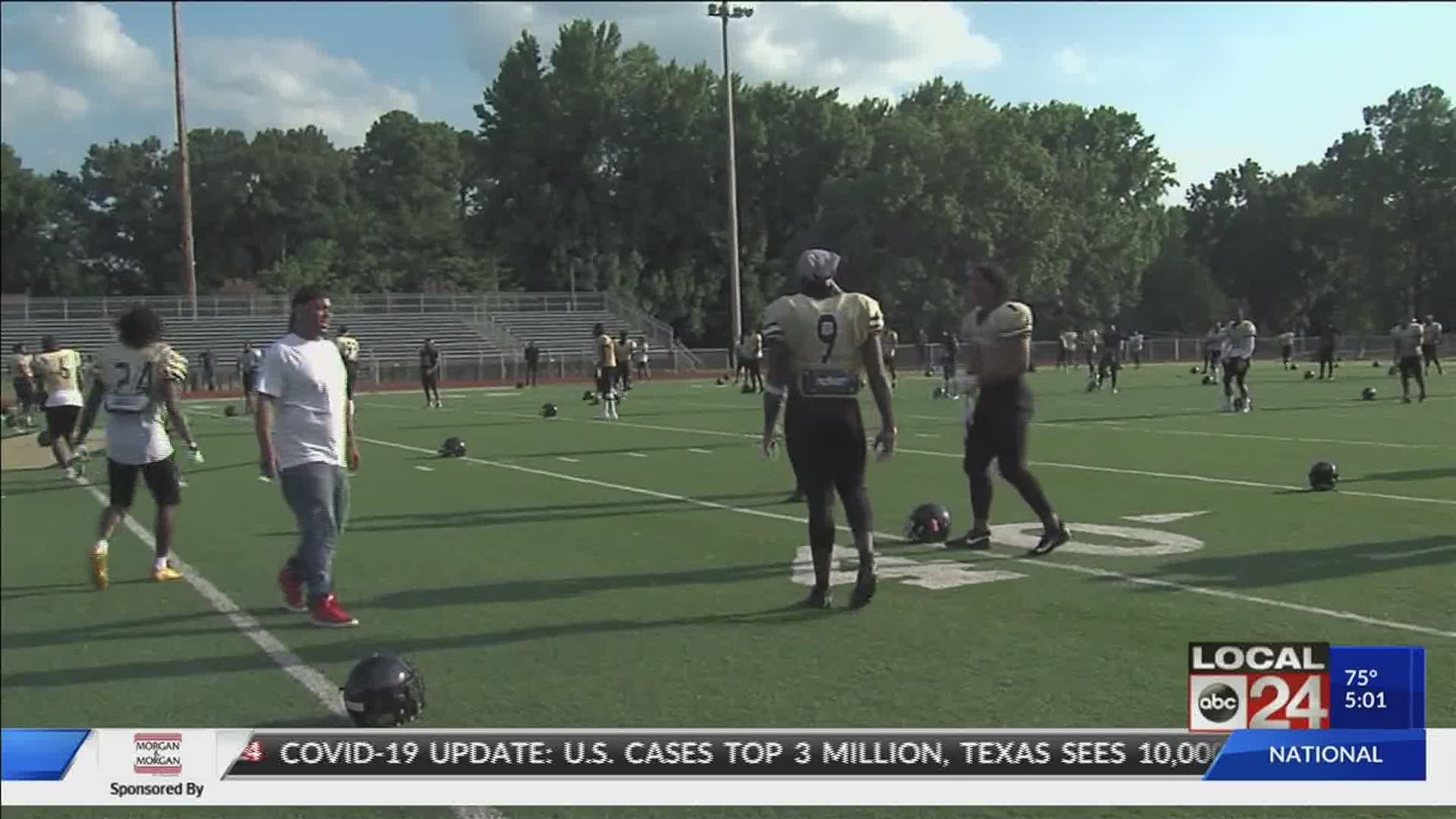 MEMPHIS, Tenn. — UPDATE: During its Wednesday morning, the TSSAA Board announced it would delay a vote on a contingency plan for the upcoming football season. The plan would determine how many regular seasons would still be played and how playoffs would be approached.

The board said it delayed the vote because they are waiting for more information from the governor's office.

ORIGINAL STORY: When Tennessee Governor Bill Lee extended the state's stay-at-home order to August 29, it meant the high school football season and other fall sports would not be able to start on time.

Wednesday morning, the TSSAA Board is expected to make a decision on how it will approach the upcoming football season under current orders. There are currently four plans that vary from condensing the regular season and shortening playoffs.

“Football, our bylaws do require that everyone play everyone in their region so we need to make sure that happens and then board will decide how much of the regular season do we waive with how much of a post season that we have so we have to find what that balance is," Matthew Gillespie, TSSAA Assistant Executive Director, said.

Gillespie said scheduling football is made more difficult since it is a sport traditionally played once a week, when COVID-19 can later throw out any plan made Wednesday.

“If we have to again two to three weeks from now scrap everything and now what do we do? We’re now in a worst situation than we were back then," Gillespie said. "I think we’re at a point where we want to do what we can to get them on the field."

In the meantime, a great deal of anxiety lies with players and coaches as they sit and wait to see what, if anything, will become of the fall season.

“They’re very eager and the uncertainty is bothersome," he said. "So they’re worried. You can see a little bit of stress. We try to temperate it and try and focus on getting their mental mindset focused on the right things. Control what you can control. You can’t control, obviously no one can control this pandemic."

RELATED: Here are the scheduling plans the TSSAA will vote on for high school football this year

RELATED: TSSAA: Sports seasons, including football and girls' soccer, to be delayed due to state of emergency extension

Saulsberry said he remains optimistic and hopeful that his players will get to play to some degree this fall. Currently, the team would be participating in summer practices and 7v7 match-ups, but they are still not allowed to start due to COVID-19.

The TSSAA Board meeting begins at 10 a.m. and can be listened to here.

The board will consider four potential options for the season: