$140 million solar farm in Shelby County to be built, but most of the clean energy is going elsewhere 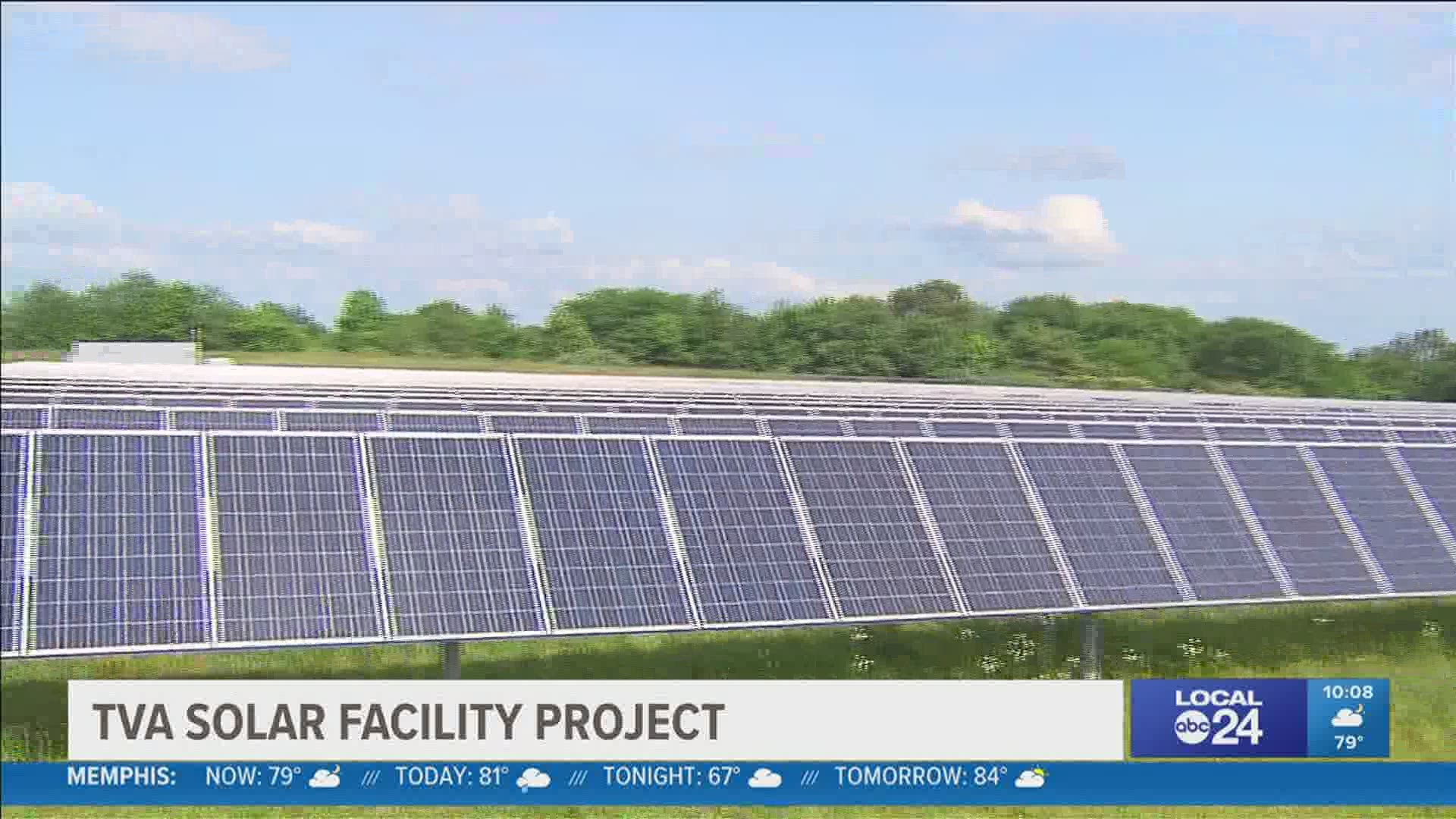 MEMPHIS, Tenn. — Shelby County will be home to one of the largest solar farms in Tennessee.

TVA announced Wednesday its partnering with RWE Renewables to build the $140 million project in parts of Millington and Memphis.

An exact location has not been revealed, but it's expected to create $12 million in property tax revenue for the county.

Scott Fiedler, a TVA spokesperson, said the site, which will power 150 megawatts, will be used 200 miles away at the Facebook data center in Gallatin.

"Facebook is going to take 110 megawatts of that power," Fiedler said. "There’s still going to be another 40 megawatts that can be used on the TVA system."

With the majority of it not being used in the Mid-South, many wonder how it will help the local environment and economy.

"At TVA we’re looking at the region as a whole and Shelby County and Memphis could benefit from the 150," Fiedler said. "It’s also how we can all compete as a region, as a seven state region, to get jobs and investments."

Matt Tulis, communications manager for RWE, said the project will create more than 150 temporary construction jobs and 2-4 full time jobs once its completed. However, it's likely they won't all be filled by locals.

"We try to source locally as much as possible, but sometimes there are special skill sets that are better needed that we can’t find locally," Tulis said.

RWE and TVA hope with the option of clean energy, more businesses will come to the area bringing jobs with them.

"The long term we see is definitely on the economic side," Tulis said. "There’s a significant investment in the local county, there’s significant property taxes we’ll be paying over the lifetime of the project, and we’ll have a permanent presence there in the community with long term jobs as well."

Once approved by environmental reviews, it will be completed by 2023.

TVA announces new $140 million solar farm for Shelby County, but most of the clean energy is going elsewhere.

110/150 megawatts produced at the site will power Facebook's data center 200 miles away in Gallatin.

The exact location of the site hasn't been released.@LocalMemphis pic.twitter.com/947ZWUaO2o