Two Broke Bartenders hires out of work restaurant employees to do needed jobs around Shelby County. 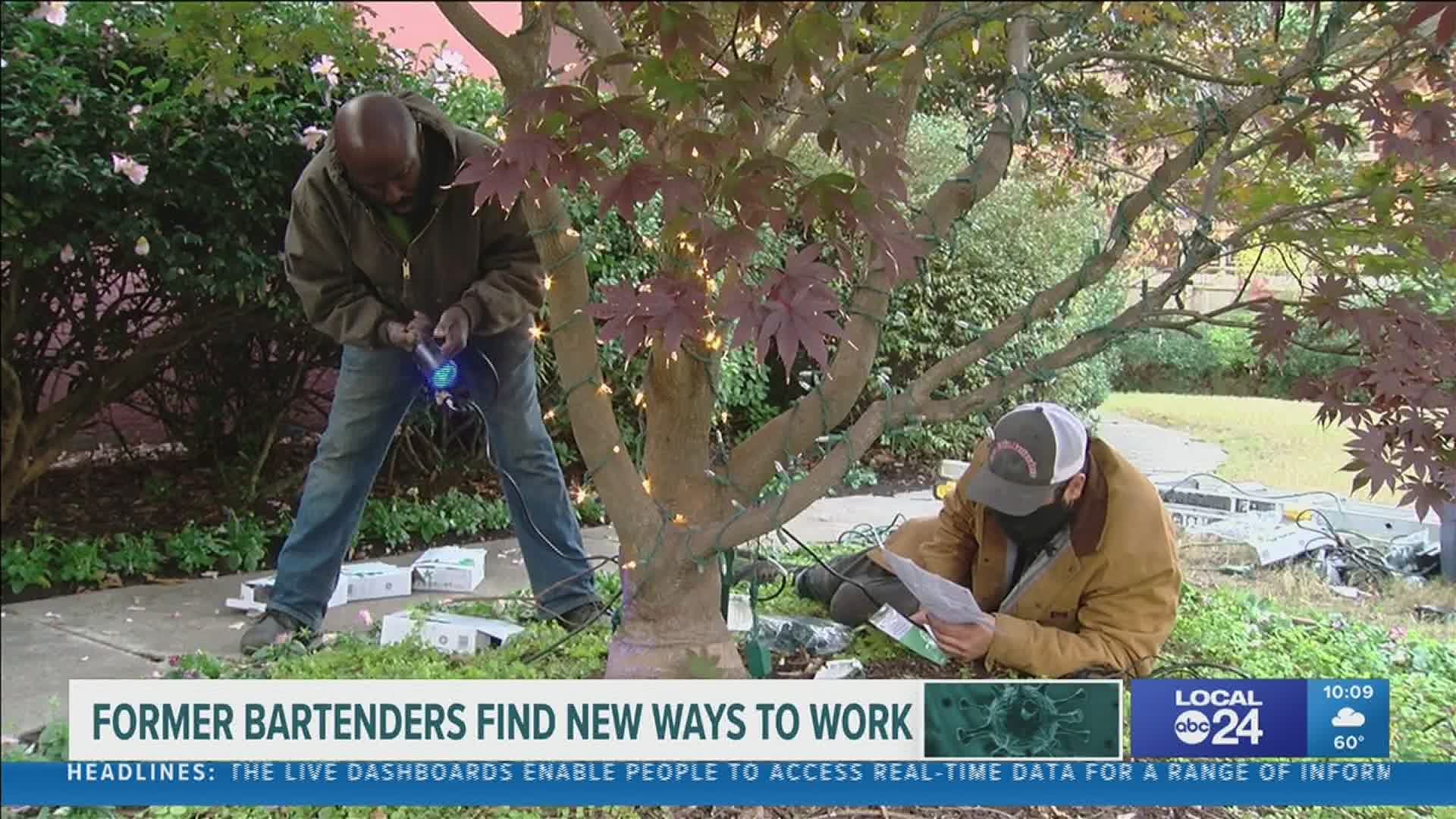 MEMPHIS, Tenn. — Two Broke Bartenders started in founder Taylor Berger's garage in March when all the restaurants in Shelby County were forced to close.

"We had to close the restaurants," Berger said. "We didn’t have any income anymore, but we had a bunch of guys and we had some trucks and so we started this business," Berger said.

Berger, who is an operating partner of Party Memphis, which owns Railgarten, Loflin Yard, Rec Room, Bounty on Broad, and Highland Axe & Rec., had no idea how big this venture would get, but it has helped dozens of jobless restaurant workers who needed some gigs to survive financially.

"We started out delivering toilet paper and liquor," Berger laughed.

The business has grown into a general contracting company that does odd jobs from fence building to wrapping gifts.

"What we learned really quickly was that all of the bartenders and cooks and everybody that had worked for us had a bunch of different skills," Berger said.

The sense of camaraderie among the restaurant workers was also missed by customers who were used to seeing these people on a regular basis.

Two Broke Bartenders started in a garage with just a few trucks and a bunch of jobless restaurant workers looking for a gig back in March when all the restaurants had to close.

The small business has become a lifeline for dozens of these workers needing money. @LocalMemphis pic.twitter.com/bG61G8DlAB

Jeffrey Opp, who lost his restaurant job at the beginning of the pandemic, said he never imagined going into a gig like this which he found through friends who worked for Berger.

"I got my foot in the door and here we are now what seven or eight months later," Opp said.

Jay Livingston, who also lost his restaurant job in March, said he enjoys using skills he hasn't used in years and taking a break from the stress of a restaurant.

"I’m blessed now to have this job right here because it’s using the skills I had before like landscaping and other jobs I’ve done and now I get to use that all the time working here," Livingston said.

So, these seemingly temporary tasks these one jobless restaurant workers needed to take have turned into a new day job they appreciate.

“We’re way less broke than we were,” Berger said.