“Failure is just another chance to try. I don’t see failure. I see something that I learned in the process of doing something wrong,” said Toriano Banks. 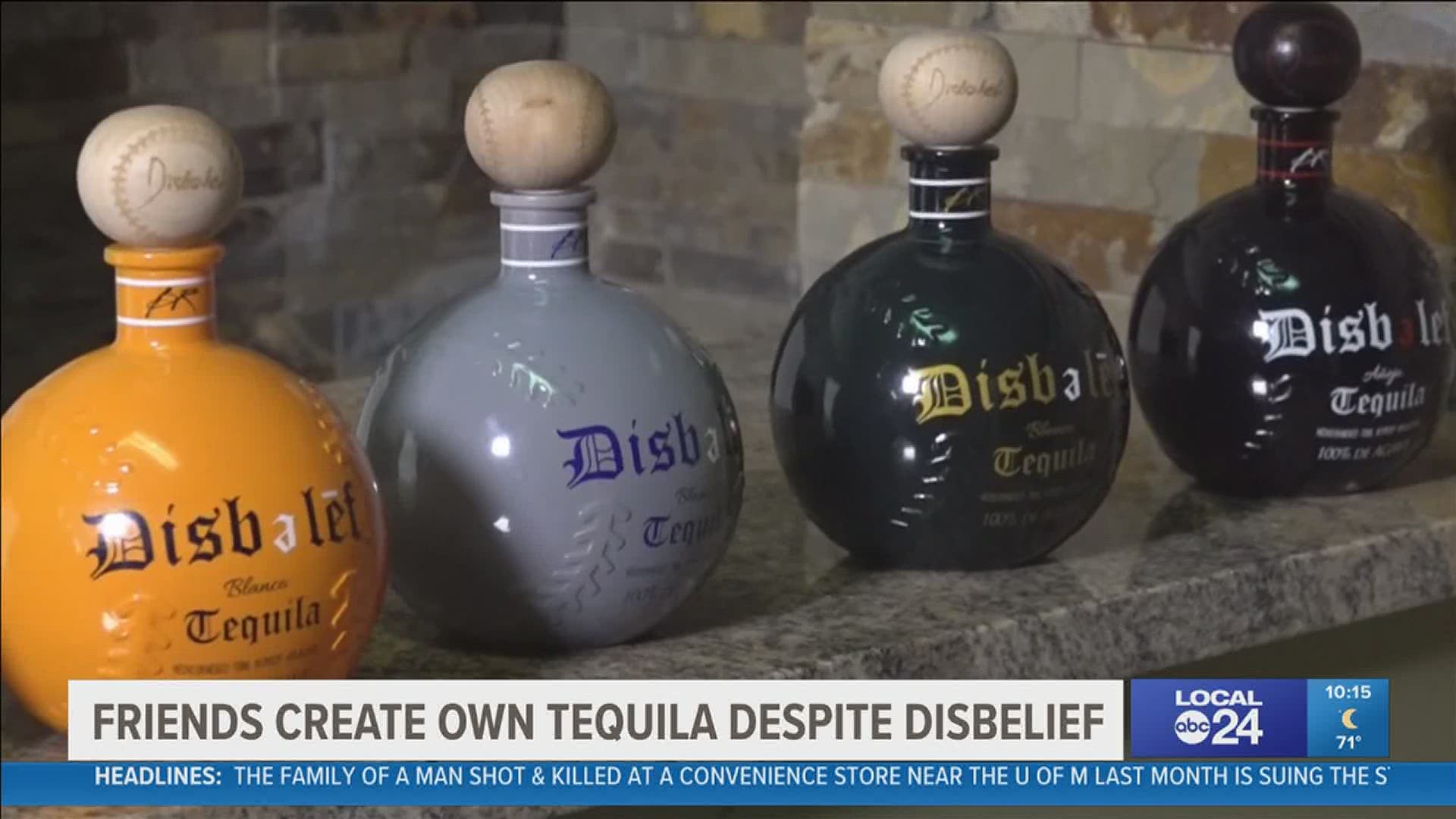 MEMPHIS, Tenn. — Disbelief is the "inability or refusal to accept that something is true or real." But that's not the case for Disbelef Spirits.

At Disbelef Spirits, there is no room for doubt.

“As you see, this is all the merch that we have left,” said Golden.

Memphis' Toriano Banks and Ralf Golden went from a full warehouse to near empty selling their own tequila.

“We were totally virgins to the market,” said Banks.

The two had no insight and no experience, just an idea.

“I came to Ralf with the idea. He was a little bit reluctant at first. Then, he decided to listen to his big brother and here we are today…Disbelef,” said Banks.

It is more than its name and taste. It is motivation.

“Nobody believed that we were going to make this happen. It seemed so farfetched, but I wasn’t going to let anybody project what they had in their mind into my mind or to my business partner’s mind,” said Banks.

It's a sort of liquid courage as they say.

“We started from ground zero. The first thing we figured out was tequila can only be produced, well legally be called tequila, could only be produced in Mexico,” said Golden.

That is where they went spending weeks learning all they could about tequila, licensing, and selling, but they encountered a big issue.

Catch Myself and Ralf BossMan Golden with Brittani Moncrease on local 24 tonight at 10… It’s up there…. Disbelef Tequila...

“None of the distributors would even take a meeting with us let alone even look at the product,” said Golden.

The two took on the role themselves.

“We are our own distributors…Now you have distributions calling. Now you have them knocking at the door. But this door, you’re going to have to kick in,” said Banks.

That's because the two as owners and distributors are busy kicking down doors of their own.

“Racial barriers are being broken everywhere…It’s time to motivate our people,” said Banks.

“You’ve got established brands that have been doing this for a long time and we jump in the game competing. We’re about to get rooky of the year,” said Golden.

They are rookies with resilience on a mission to expand but always represent home.

“We felt that Memphis needed it’s just due…We wanted to continue to shine a light on our city,” said Golden.

“I know if Ralf and I would have went the wrong direction or if the tequila didn’t taste the way that it should, a Memphian is going to tell you. ‘Boy, you ain’t got nothing,’” said Banks.

Luckily for them, "Boy, you've got something."

With demand going up, Disbelef Spirits plans to expand to other states and create other alcoholic beverages.