United Auto Workers came to the end of the first day of their strike Monday. 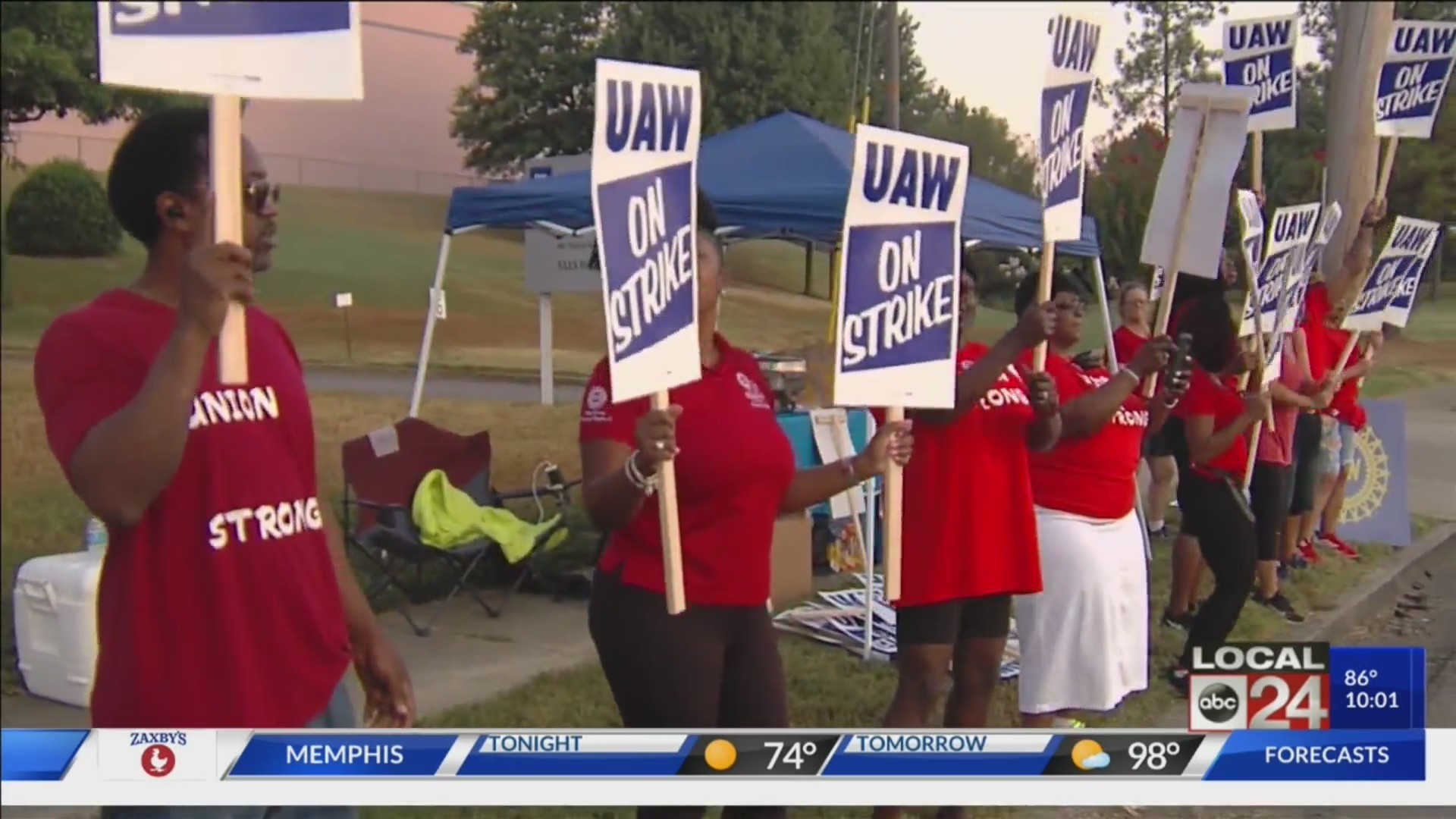 MEMPHIS, Tenn. (localmemphis.com) – United Auto Workers came to the end of the first day of their strike Monday.

The union is seeking higher hourly wages, lump sum payments, and a better profit sharing plan. It also wants GM to agree to limit the use of temporary workers and give them a clearer path to permanent employment.

Ronald Conley, shop chairman at UAW Local 2406, said they will picket all day and all night until a fair agreement is reached.

“Most people look at us as being greedy but we’re not,” Conley said. “We’re just doing what it takes to survive. Like everybody, when you go to work you want to get in there and make money and make the best for yourself and your family.”

Conley said the employees that work for GM contribute greatly to its success. Just fewer than 50,000 people are on strike.

“We’re making record profits for GM, and we want to show that we are worthy of what we do,” Conley said. “We just want a piece of the pie.”

GM is the biggest automaker in the country and employs tens of thousands of people even outside of its factories. For every one GM worker, seven jobs are created.

Conley said fair wages is a priority for what the workers put in to the companies production.

“Wage increases because we went a long stand of about 10 years where we didn’t get raises and in 2015 it came out that we just started getting it again,” Conley said. “We just want to keep the trend going for pension, healthcare, our medical and we just want to keep going.”

GM said it made a substantial offer, including higher pay and profit sharing, along with investment to bring new jobs. Workers will get $250 a week in strike pay, which is far less than the top production pay of $30 an hour.