"I understand how challenging this has been for different people in different ways," Secretary Buttigieg said.

The bridge was closed to car and truck traffic indefinitely May 11th, after a routine inspection found a large crack in a steel support beam.

"If we want to remain a leader in the world we have to have world class infrastructure," Secretary Buttigieg added.

TDOT Commissioner Clay Bright also conceded Thursday the bridge may not be able to reopen for cars and trucks until August, following the expected arrival of critical materials later this month.

"I know that the protracted closure has been frustrating it has been difficult it has been challenging and it has been costly and that is one of the reasons I wanted to be here today," Secretary Buttigieg said during the roundtable. "We've been also been really impressed and encouraged by the cooperation that has gone on across every different type of line."

The event drew bipartisan appeals to get the I-40 bridge reopened quickly but safely. 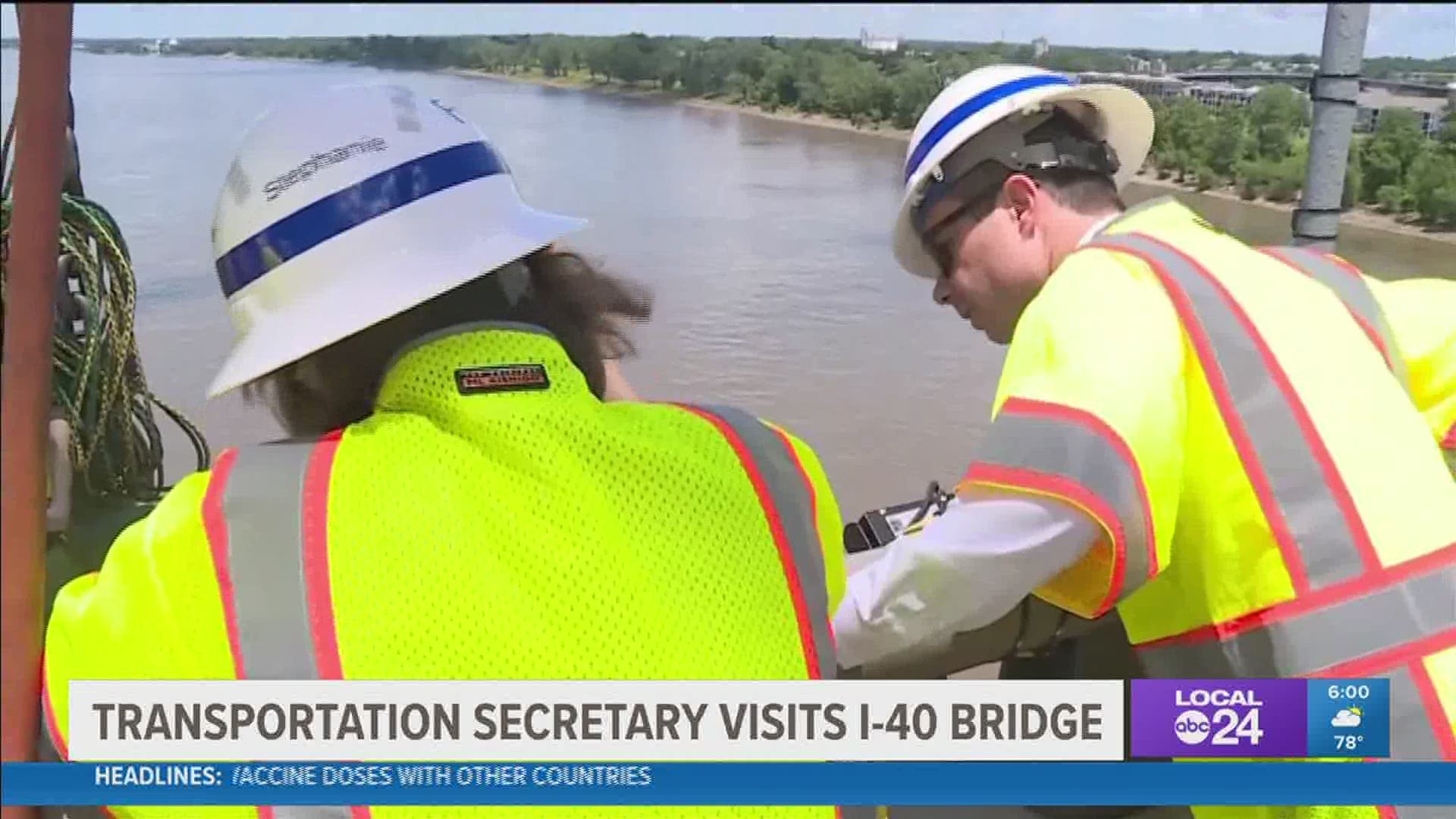 "If you build something, you have to maintain it, and making sure those maintenance dollars are a part of all the funding mechanisms," Sen. Blackburn said.

Those with regional trucking companies also shared with Secretary Buttigieg how the indefinite bridge closure is costing drivers time and money.

"When that cost is added, then who does that cost get passed down to, it's gets passed to our consumers as well as our shippers," Donna England with the Tennessee Trucking Association said.

"They are looking at 60 minutes of congestion or more than 60 miles out of route which is roughly two million dollars a day that the industry is absorbing in costs," Shannon Newton with the Arkansas Trucking Association added.

For now, the older I-55 bridge is the only the Mississippi River crossing connecting Memphis and Arkansas.

The Arkansas Trucking Association said the I-55 bridge now averages more than 66,000 daily vehicles - compared to 45,000 before the I-40 bridge closure.

Two temporary closures of some or all lanes this past week backed up I-55 bridge traffic for miles.

However, the TDOT commissioner said average delay times on that bridge fell from 46 to 27 minutes in recent weeks.