VERIFY: Do you really have to pay the fine for a red-light ticket in the Mid-South?

If you get a red-light camera ticket in Memphis or any other Tennessee city, do you have to pay? 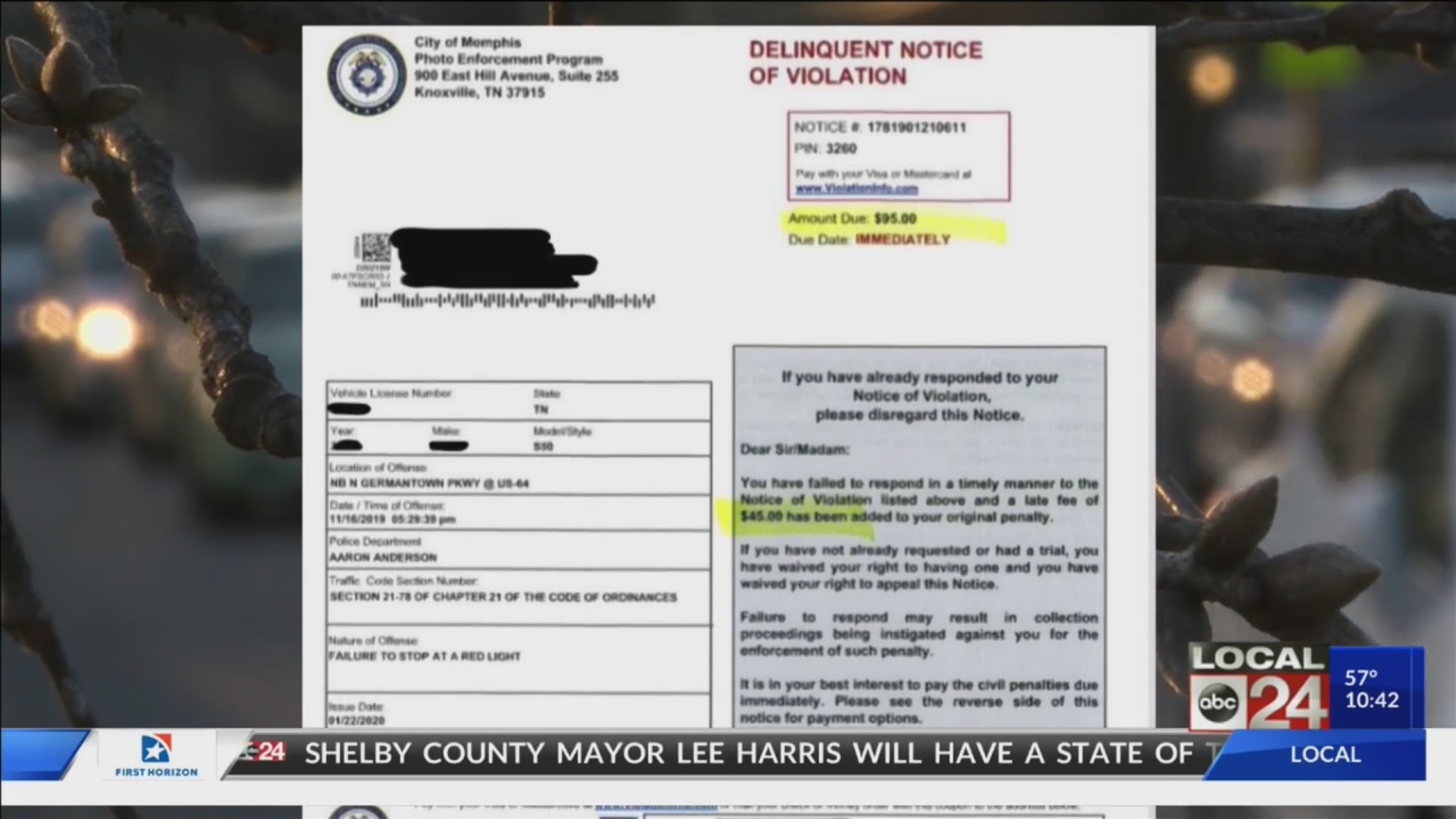 Ever drive through one of those intersections with a red-light camera, only to get a notice a few weeks later that you owe $50? Do you really have to pay? And what happens if you don’t?

We sent our Verify Team to find out.

Photo enforcement cameras first appeared in Memphis a decade ago.If you get a red-light camera ticket in Memphis or any other Tennessee city, do you have to pay?

The issue came up recently in a post from Cordova on the NextDoor app.

One neighbor wrote, “I just got a letter in the mail as part of the Memphis photo enforcement. I read a while back that these notices can be disregarded and the fee can be ignored. Correct me if I am wrong?”

That got lots of people chiming- in with their opinions.

One person said, “No, you don’t have to pay. They have no legal right to fine you. “

Another posted, “yes, you need to pay.”

“If you receive a photo enforcement citation of any type from any town in the state of Tennessee, you do not have to pay that – and I would encourage people not to pay it,” said Holt.

Holt says because it’s a civil citation, not a criminal one,you don’t have to pay. Holt even helped fight for more specific wording on red-light tickets.

“If you look on those citations – if they are run according to the law here in the state of Tennessee – it clearly says ‘non-payment of this citation cannot adversely affect your credit report or credit score, your driver’s license points, or your automobile insurance rates.’ In essence, it cannot have any adverse impact on you,” said Holt.

You don’t have to pay, but Holt says the 16 Tennessee cities with red-light cameras may still try to collect.

Usually the cities expect the vendors who provide the equipment to process the citation.

In Memphis’ photo enforcement ordinance section 21-10 says: “The city may establish for the trial of civil violators and may enforce and collect all penalties that may assessed in the nature of the debt.”

Which means you could be taken to court to collect the debt, butHolt says for just $50, it’s not worth the company’s time or energy to take youto court.

“These companies are never going to take you into civil court, and I can promise you – with the number of unpaid photo citations I have personally – if they haven’t taken me, they are not going to take you,” said Holt.

In Memphis in 2019, according to the Memphis City Court Clerk’s office, more than 120,000 people were sent red-light camera violation notices. Just over a third of those paid.

It brought in just over $3 million – about half to the city, the rest went to American Traffic Solutions, the company that operates the camera systems.

So pay the fine if you want to, but the bottom line is, according to Holt, you don’t have to.

“It benefits the city to make sure people are confused so that people will pay these tickets when they don’t have to,” said attorney Claiborne Ferguson.

Holt is trying to enact a state law to make it more difficult for cities to hand out photo enforcement tickets. It goes before the General Assembly later this session.

Do you have something you want verified? Email verify@localmemphis.com.