Verify: Red Light Camera Tickets. What should you do if you get a second notice? 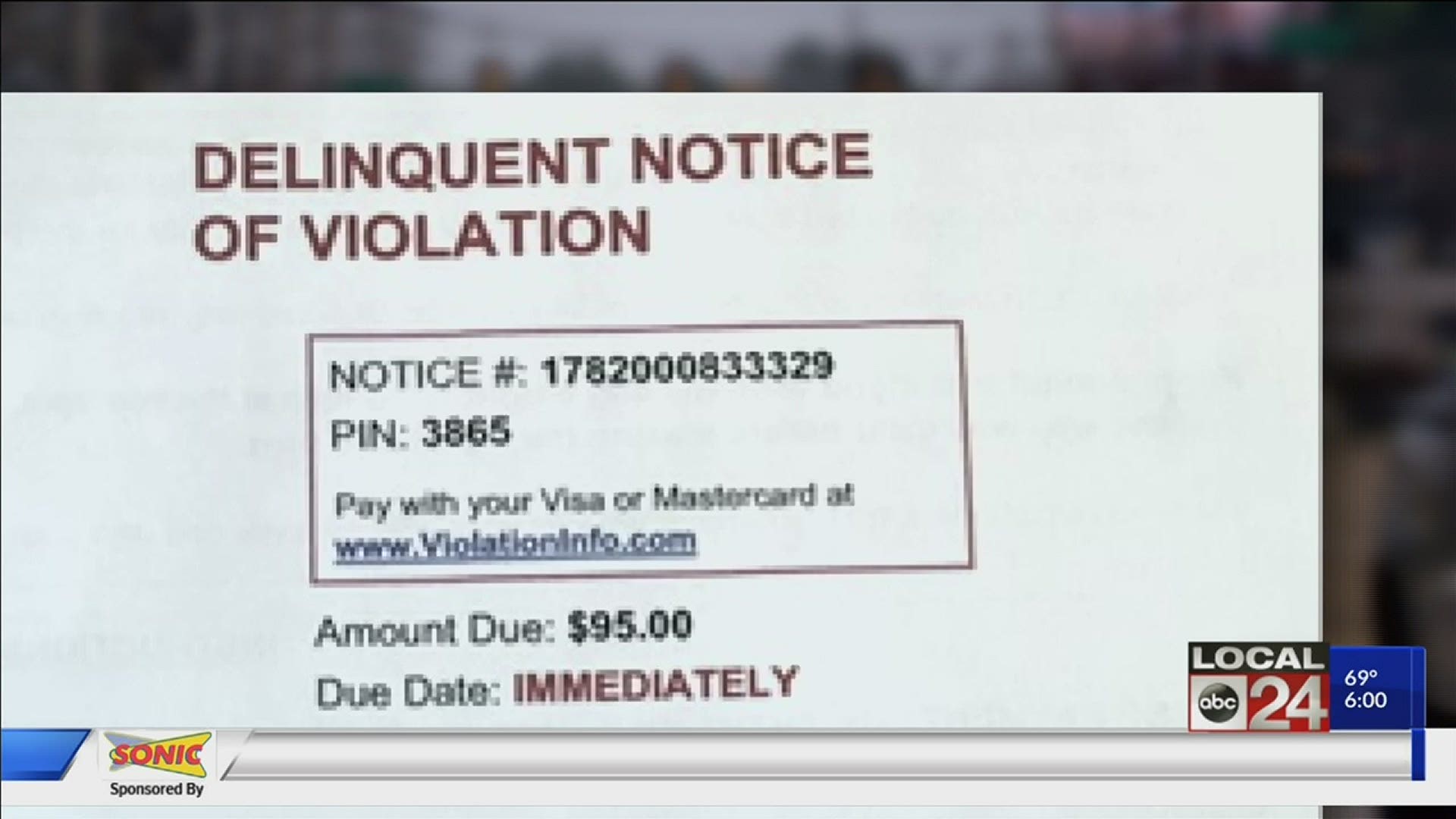 MEMPHIS, Tenn. — Ever drive through one of those intersections with a red-light camera, only to get a notice a few weeks later that you owe $50? Do you really have to pay? And what happens if you don’t? We sent our Verify Team to find out

A Local 24 News viewer got a ticket for running a light in Memphis. She didn't pay it...Now another notice arrived demanding more money and so she contacted the verify team.

Abaigail Mosk from Rossville sent us an email asking if she needed to pay her photo enforcement ticket.

Mosk included a copy of a delinquent notice she received after she didn't pay her initial photo enforcement red light traffic ticket. The original ticket was $50 bucks. The notice says because she "failed to respond in a timely manner there is not an additional $45-dollar late fee. It goes on to say, “Failure to respond may result in collection proceedings and that it's in your best interest to pay the civil penalties.”

Holt said, if you don't pay up you will continue to get letters like the one Mosby got and that's intentional. "They intimidate people and that's the reason people pay these citations," added Holt.

Holt said because it’s a civil citation in Tennessee, not a criminal one, so you don’t have to pay. Holt even helped fight for more specific wording on red-light tickets.

On the back of the citations it even states that not paying won't affect your credit report or score, driver's license point or auto insurance rates.

Holt says while legally they can take you to court to collect it's not practical says Holt because of the cost of legal fees.

"They will never make back off the citation to take you to court so in essence you are never going to court," said Holt.

Usually the cities expect the vendors who provide the equipment to process the citation.

In Memphis in 2019, according to the Memphis City Court Clerk’s office, more than 120,000 people were sent red-light camera violation notices. Just over a third of those paid.

It brought in just over $3 million, about half to the city, the rest went to American Traffic Solutions, the company that operates the camera systems.

So, pay the fine if you want to, but the bottom line is, according to Holt, you don’t have to.