Angel Haynes was getting ready to celebrate her 26th birthday in December before she was tragically murdered last Sunday. 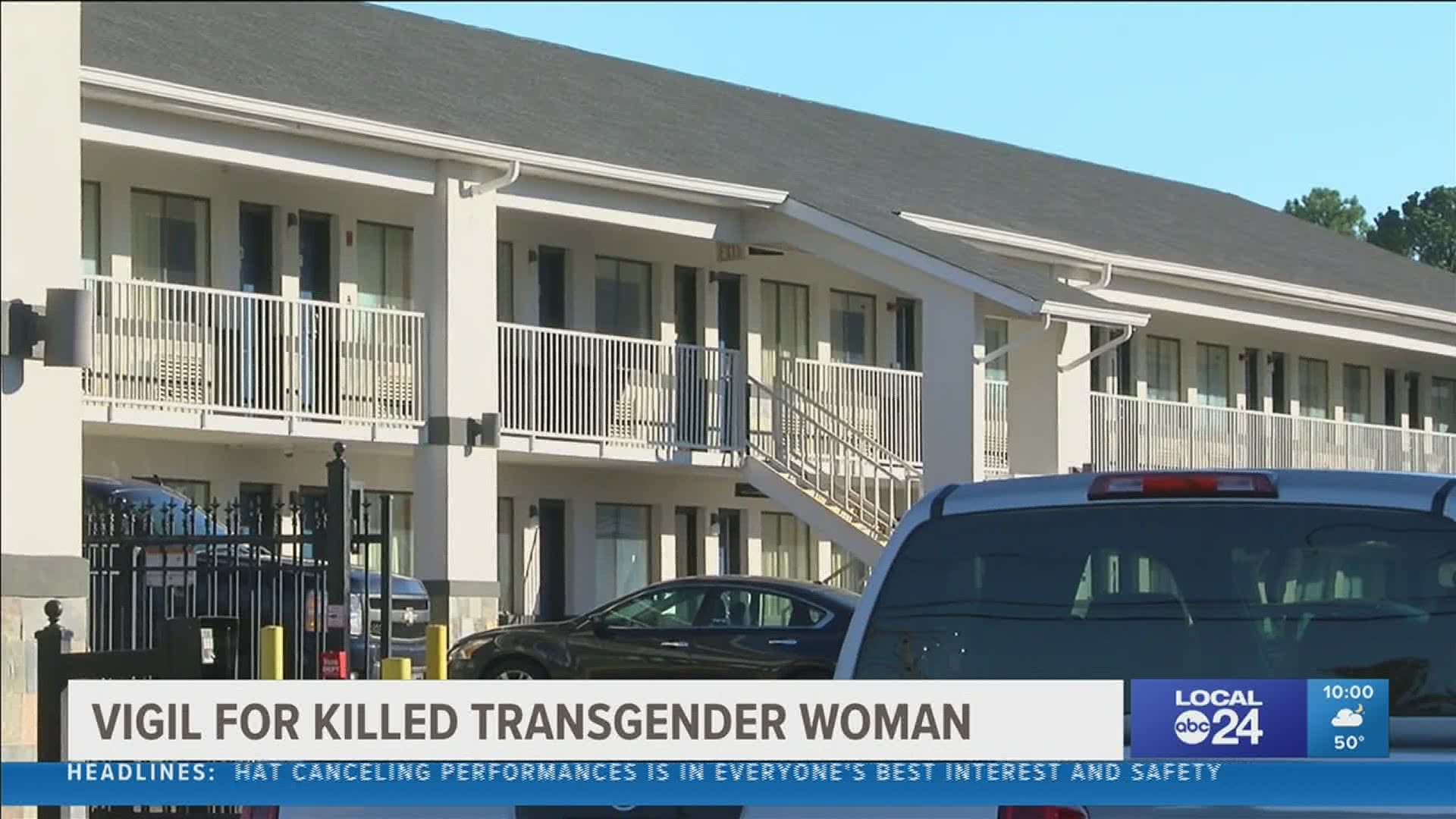 Memphis Police are looking for the gunman who shot a transgender woman in Whitehaven last Sunday.

Someone shot Angel Haynes, 25, in the head at a Motel 6 on East Brooks Road. She was getting ready to celebrate a birthday in December.

“There have been 32 murders of transgender women across the United States this year, that’s according to Out Memphis.

Takia Weddle, Angel’s best friend, says Angel didn’t deserve to die the way she did and she’s praying for justice.

“I still can’t believe it really because that was the only person I was with every single day. I talked to my best friend more than I talked to my boyfriend,” Weddle explained.

Last Sunday, Memphis Police found Haynes body at the Motel 6.  No suspect information has been made available and police are still investigating.

TRANSGENDER WOMAN MURDERED - Family and friends of Angel Haynes held a candlelight vigil tonight in her hometown of Jackson, TN. Haynes was shot in the head at a Whitehaven Motel 6 last Sunday. She was only 25 years old. 🥺🙏🏾Story at 10. @LocalMemphis pic.twitter.com/KHP0PxaGkx

“We live in Jackson, but she called me at 10:00 and said that she was on her way to Memphis for the night and she was going to call me when she got there, but she never called back,” Weddle explained.

Weddle believes her friend, who was a cosmetologist, was murdered because she was transgender.

“Just because she was the way she was. And especially in that side of Memphis it was in Whitehaven, they really don’t like people like that over there really,” Weddle said.

She further told Local 24 News Haynes decided to become a woman after high school, but didn't fully commit to it until recently.

“She just got her breast done like a couple of weeks ago, so she wasn’t even healed yet or nothing,” she said.

Some of Haynes closest friends held a candlelight vigil Friday evening to honor her memory.

“Everybody that knew Angel knew that she was very funny. Very nice to everybody she met,” Weddle said.

If you know anything about Angel’s murder, call Crimestoppers at 901-528-CASH.