Meet the voice of the 'plane train' at Atlanta's airport

Who is behind that 'B as in Bravo' voice you hear while riding the plane train? 11Alive took a ride to find out. 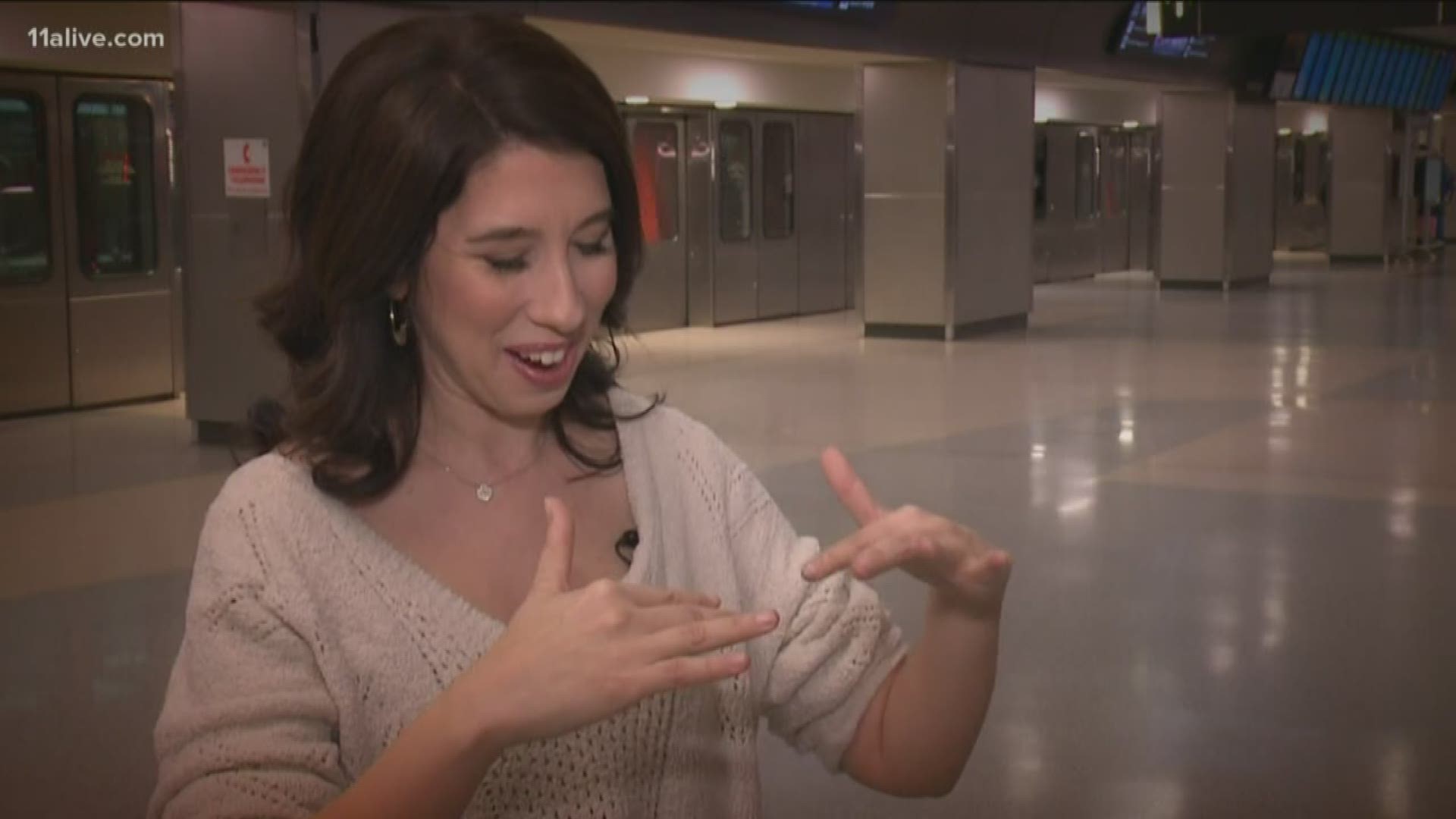 ATLANTA — Atlanta has the busiest airport in the world, and every day, there are excited, exhausted and sometimes on edge travelers relying on the same familiar voice to guide them through Hartsfield-Jackson Atlanta International airport.

"There are over 250,000 passengers every day with connecting flights, employees, people getting screened," Airport Transportation System Director Kenneth Williams said. "We run at peak period eleven trains, there are four cars per train so 44 cars in the system at any time. The plane train is the backboard of the system to get customers from concourse to concourse."

But just who is behind that 'B as in Bravo' voice you hear while riding the plane train? Atlanta's very own Sharon Feingold.

And believe it or not, the journey to becoming the voice of the plane train all started on an airplane.

"There was a whole article about this whole infrastructure here and the automatic people mover system at the airport," Feingold said of the in-flight article she was reading. "And there was a name of a guy (in the article) so I said, 'let me just reach out to him to see if he has any plans to do anything with the voice.'"

A trained voiceover artist, she soon landed a gig as the voice of the ATL Skytrain before later becoming the voice of the plane train. Tapping into the role meant developing a balance between the trends of modern voiceover work and technology, according to Feingold.

"This is a driver-less train, people want to feel confident in the technology," she said. "So I felt like splitting the difference between a real person and having a little robotic edge was the right combination."

Whether or not riders make a connection between Feingold's voice and the plane train, the role is nevertheless a special one for the Atlanta native, whose resume includes HGTV and Nickelodeon.

"It's less about hearing my voice...and more about 'wow I got the opportunity to guide these passengers,'" she said.