WATCH: Deer surprises staff when it smashes through window at Collierville clinic

a local deer that crashed into a business 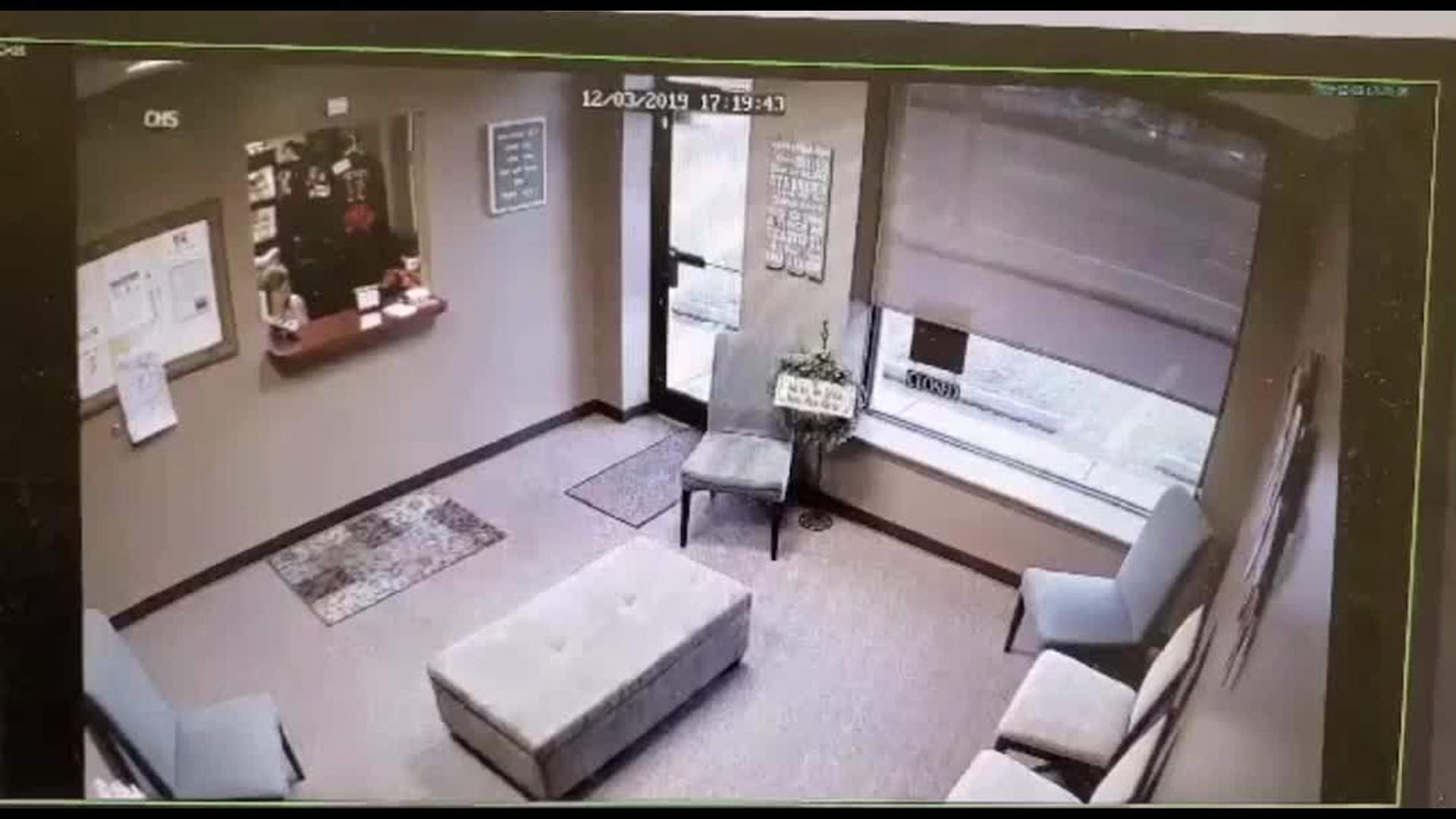 COLLIERVILLE, Tenn. (localmemphis.com) – Well it’s the Christmas season,but a local deer that crashed into a business was no Rudolph. Employees atthe Women of Wellness Clinic were able to capture the buck break-in oncamera.

“People are like, ‘did he have an appointment?’” sharedoffice manager Cindy Hawkes with a chuckle. “No.”

The deer broke into the business Tuesday during businesshours.

“There was a huge hole there,” said owner Stephanie Cline. “We saw blood andfur and assumed it was some kind of animal.”

The damage was obvious, but the “culprit” wasn’timmediately seen by Hawkes. 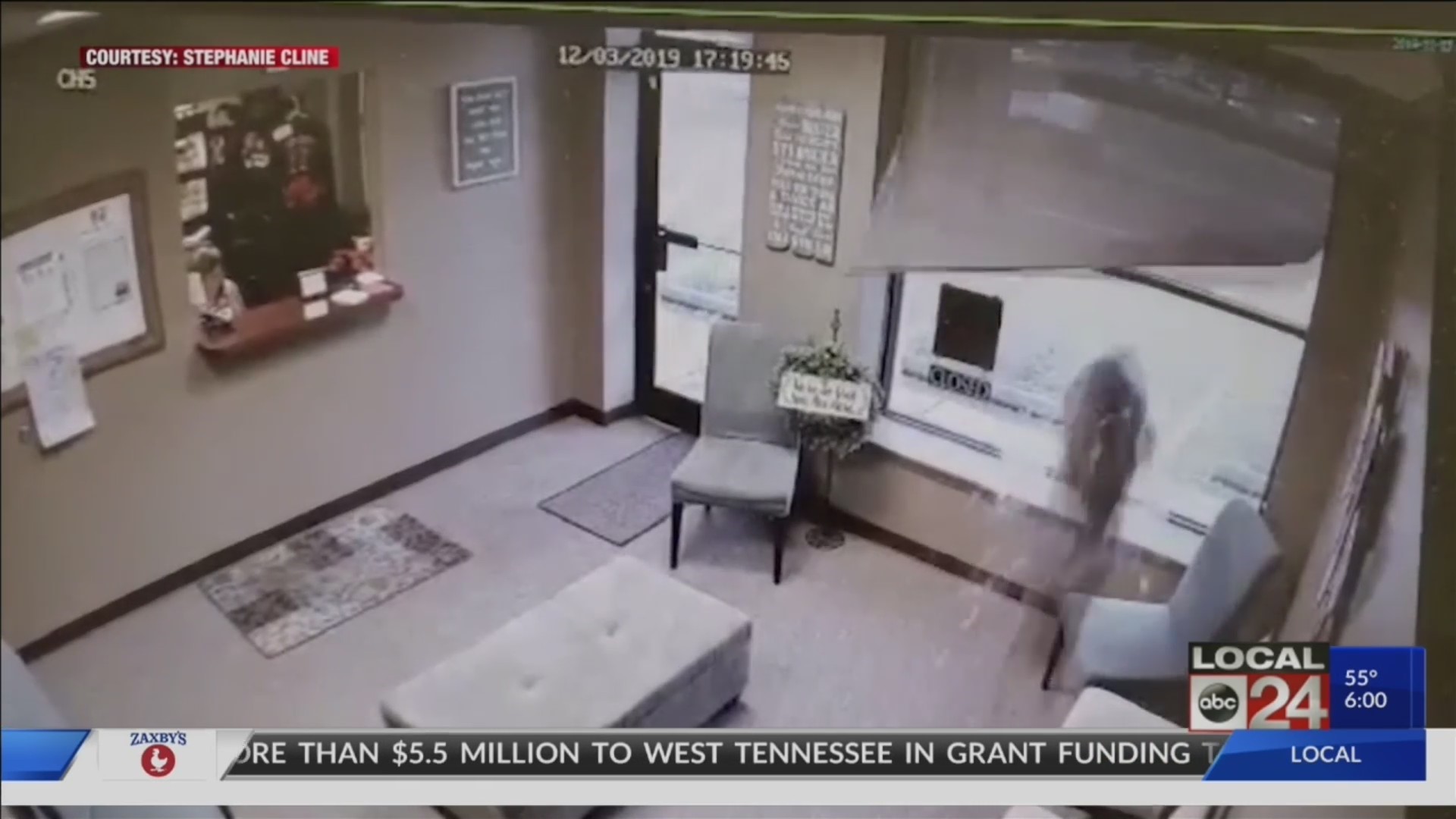 “I’m just glad I was paying attention enough,” saidHawkes. “I moved quick. That’s all I know I can move when I need to.”

Surveillance video captured the deer shattering the office windowand galloping around the room before spotting his escape out the door.

“They’ll come up see the reflection and think it’s anotherdeer and they are fighting this time of year,” said Officer Andy Tweedwith the Tennessee Wildlife Resources Agency. “So it’s going to go and tryto fight.”

That’s because winter equals romance season for the species. 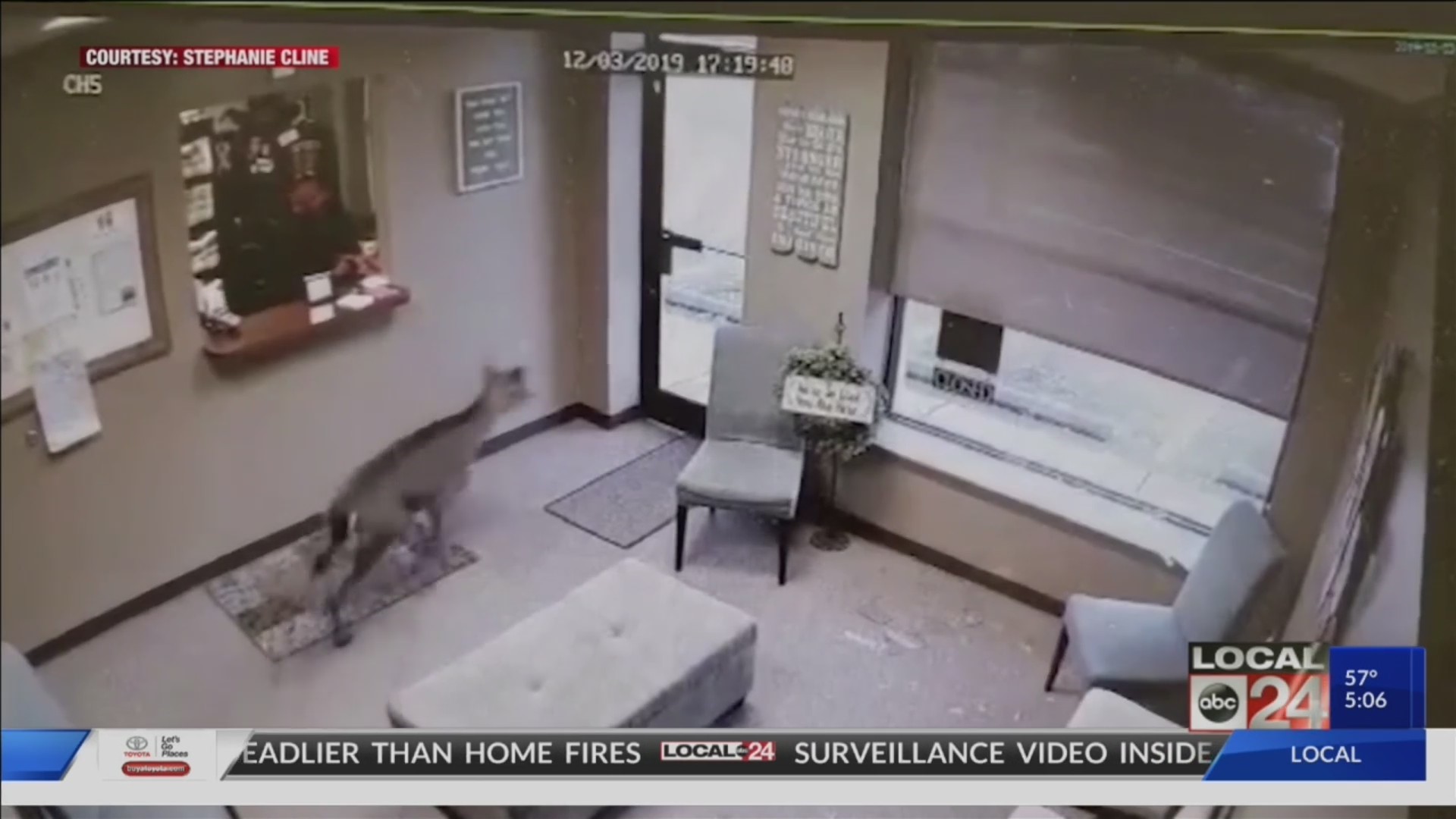 “The does are ready to be breed and the bucks a-chasing, soit’s kind of madness,” said Tweed. “If it’s in a business or a home,you need to exit first.”

He says you should then call 911 so the correct agency canrespond.

As a result, the Tennessee Wildlife officers are getting more deercalls.

“We’re dealing with deer jumping into fences, probably 15plus calls a day in the county, of vehicle strikes.”

Cline doesn’t believe the “culprit” will be on thisyear’s naughty list.

“Little bit of excitement,” said Cline. “I don’t knowif Rudolph and his friends are trying to hang with us maybe.”

There are two more weeks in the deer mating season.

Officials warn to never approach a wild animal, especiallyone that’s been through a traumatic experience.

The clinic will be closed Thursday but is expected to beback open Friday.