Cooper Kilburn from Adamsville, Tennessee, is the world’s first recorded case of a child born with no airway or larynx to successfully undergo voice box r... 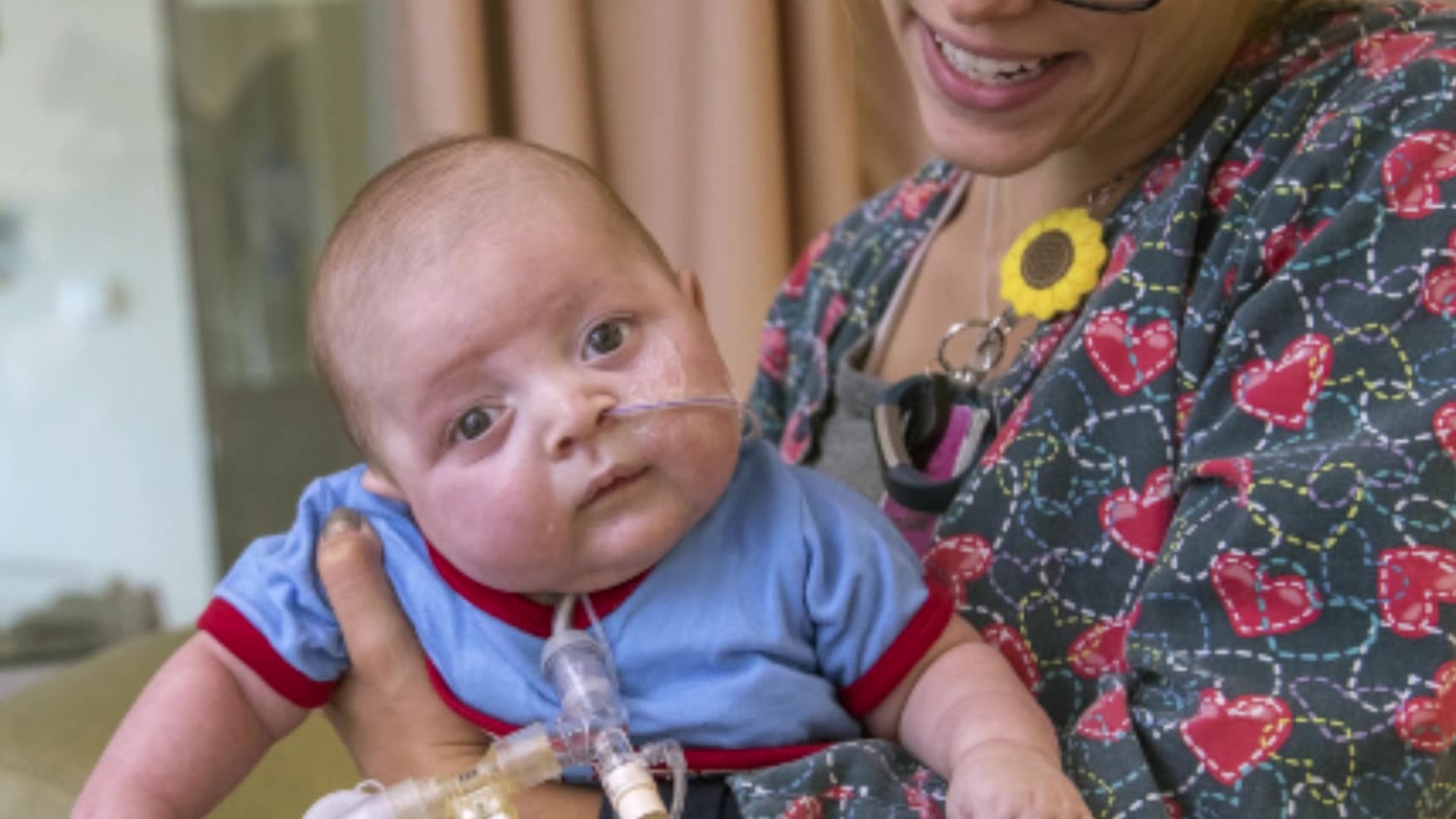 MEMPHIS, Tenn. (localmemphis.com) – Cooper Kilburn from Adamsville, Tennessee, is the world’s first recorded case of a child born with no airway or larynx to successfully undergo voice box reconstruction.

A team of pediatric experts, led by Le Bonheur Children’s Hospital and The University of Tennessee Health Science Center’s Otolaryngologist Jerome Thompson, M.D., used a rib graft to create a voice box and establish a viable airway for Cooper.

When his mother Brooke Kilburn was 16 weeks pregnant with Cooper, she was in a car wreck that prompted her to visit the obstetrician for an ultrasound to make sure all was well with her baby.

“The doctor saw something wrong but didn’t know what it was,” says Kilburn.

The ultrasound revealed that fluid was building in Cooper’s chest because of a rare condition – total laryngeal agenesis due to congenital high airway obstruction syndrome (CHAOS).

Cooper had no airway, no larynx, and therefore no voice or way to breathe outside the womb.

Le Bonheur Children’s Fetal Center, along with Dr. Thompson and his team, put together a plan for Cooper to survive the difficult delivery.

Cooper stayed in Le Bonheur’s NICU for 324 days and had beaten the odds for survival.

Once home, he still depended on help to breathe 24 hours a day. Two years and eight surgeries later, the Kilburn family was back at Le Bonheur.

There have been only a handful of attempts to create an anatomical airway from scratch, and all have been unsuccessful. Cooper went through another grueling 4-hour surgery and doctors still had to wait another 6 weeks post surgery to determine if the surgery successfully created an airway for him.

After that 6 week period, Dr. Thompson took Cooper back to the operating room and pulled the stint out. The surgery was a success.