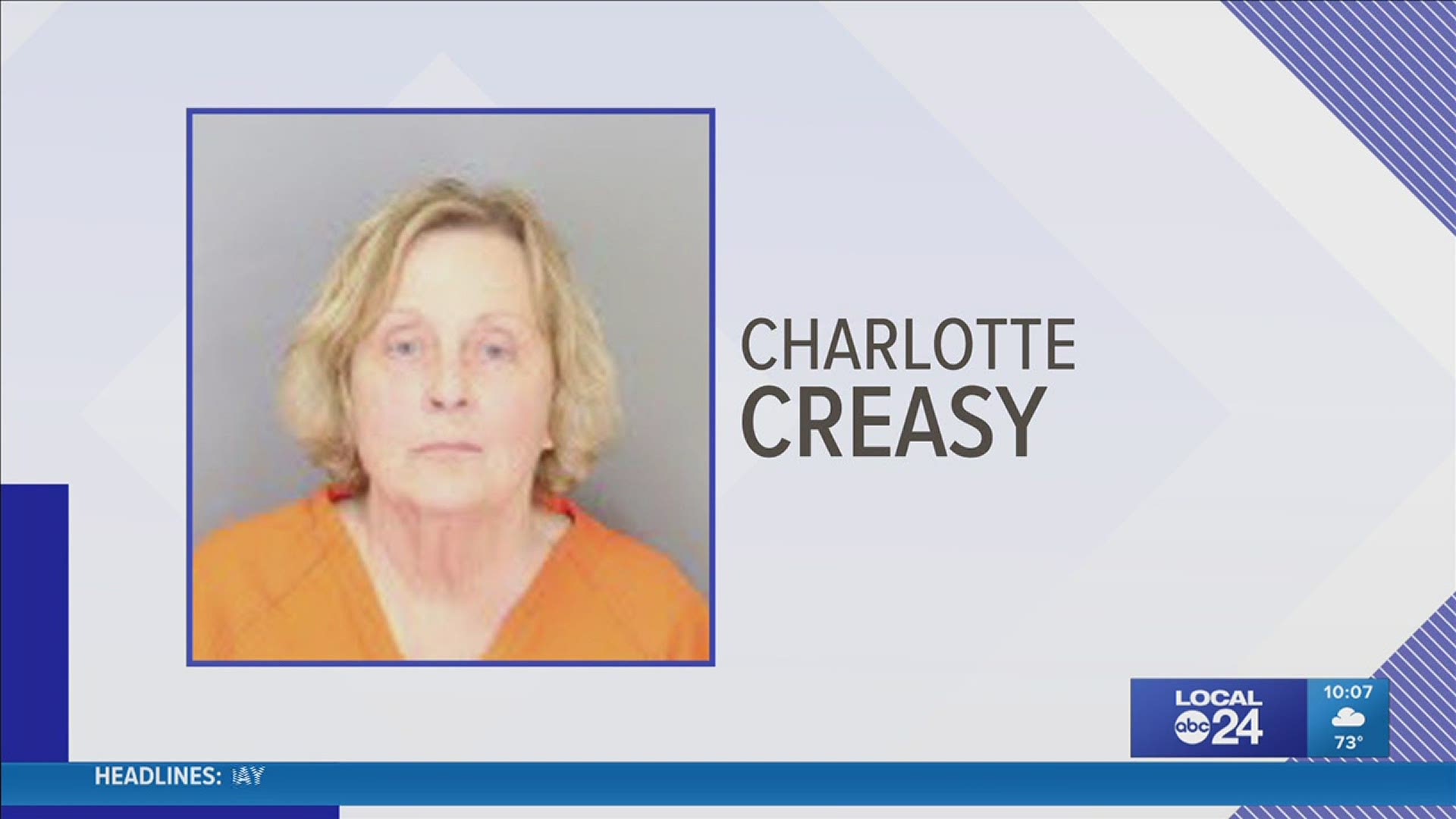 On March 28, 2019, Memphis Animal Services responded to a complaint at her home in the 700 block of Carin Creek and found a dead cat, and 16 live cats and one dog living in “deplorable conditions” with feces and urine covering the floors throughout the house. Eight more cats were found in an outdoor shed.

Officers said the animals were suffering from eye and skin infections, as well as respiratory problems. The animals in the outside shed had no heating, cooling or ventilation, and the shed had had a strong stench of urine.

The case is being handled by Asst. Dist. Atty. Abby Wallace.

3/29/2019 - Memphis Police are investigating an animal cruelty case in Cordova.

Officers with Memphis Animal Shelby rescued two dozen cats and a dog. Charlotte Creasy, a former MPD officer, is accused –for the second time– of having dozens of pets living in deplorable conditions. It was so bad, responding officers could hardly breathe, and the air burned their eyes and skin.

MAS officers spent hours at the home in the 700 block of Cairn Creek Drive Thursday night.  They rescued 17 cats, but the smell was so bad they had to come back Friday morning and get the rest of them.

“The conditions were very unsanitary. There was feces and urine covering most surfaces, in one area it was up to about an inch thick,“ said Katie Pemberton, Community Engagement Specialist with Memphis Animal Services.

MAS was alerted to the home by a concerned citizen. Officers found 16 cats alive in the home and one dead. They also found a dog and 8 cats in an outside shed.

“They’re not collectables, you know you just don’t collect them. You have to take care of them,“ said Neighbor, Cynthia Grader.

MAS officers rushed them to the shelter for treatment.

“What we’ve found with a lot of the cats that we brought in is they are having medical issues, respiratory illness, some skin issues and some eye issues,“ Pemberton said.

This isn’t the first time Creasy has been accused of neglecting animals. In 2014, more than 100 cats were found abandoned inside the Mason Market Deli in Tipton County. Creasy rented the business as a place to house rescued cats.

“It’s disgusting and irresponsible, and she doesn’t deserve to own pets,“ Grader stressed.