The speakers said Ginsburg paved a pathway for them to enter a field formerly dominated by men. 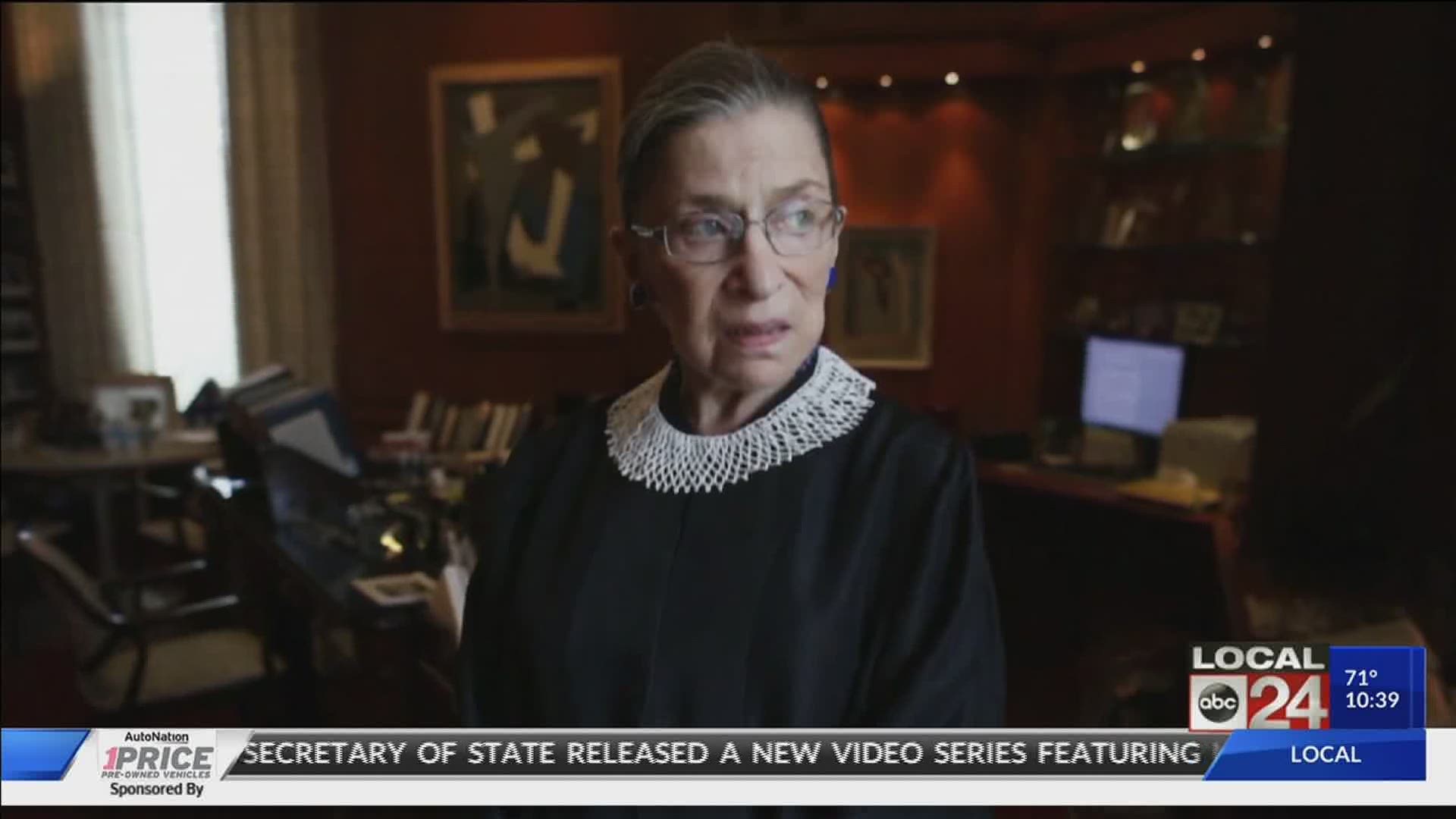 MEMPHIS, Tenn. — Female lawyers, judges, and rabbis honored Justice Ruth Bader Ginsburg as one of history's biggest fighters for equality on the steps of the Shelby County courthouse on Monday night.

Circuit Court Judge Gina Higgins spoke about how she can stand "shoulder to shoulder" with her male colleagues in the courtroom because of the barriers Ginsburg broke for women in the legal field.

"Because of her legacy those of us who would have been considered less than can soar," Higgins said.

Ginsburg's Jewish faith was a major part of her life, but also served as a roadblock for advancing in her career. Rabbi Bess Wohlner of Temple Israel quoted native Memphian Rabbi Karen Bogard about the grace and strength Ginsburg presented.

"Humanity placed its trust in her and profited eternally," Wohlner said. She brought people of all races, creeds and all genders good not harm in all the days of her life."

HAPPENING NOW: People are outside the Shelby County Courthouse to honor #RuthBaderGinsburg.

Female lawyers and women of the Jewish faith are speaking about the impact Ginsburg had on their lives. @LocalMemphis pic.twitter.com/13Fkn7Kere

From a lawyer who created change for both men and women to the first Jewish woman on the U.S. Supreme Court, "RBG" was always a role model to many. Memphis Bar Association president Lucie Brackin said she would never have been able to get into the legal field without the work of Ginsburg.

"I feel like when I started the practice of law she had blazed the trail before me to such a degree that I didn’t feel a lot of the gender discrimination that people who came before me had," Brackin said.

Brackin said Ginsburg taught her to always fight for what you believe in no matter your gender.

Ginsburg was one of a small handful of women in her class at Columbia Law School and despite graduating at the top of her class, she was rejected by several law firms. Through her persistence and hard work, she landed a job as a lawyer and eventually was picked to sit on the nation's highest court.