Work halted on Byhalia Pipeline until at least July

The Memphis City Council said Tuesday it will not vote on an ordinance to regulate pipelines such as the Byhalia Connection pipeline until at least July. 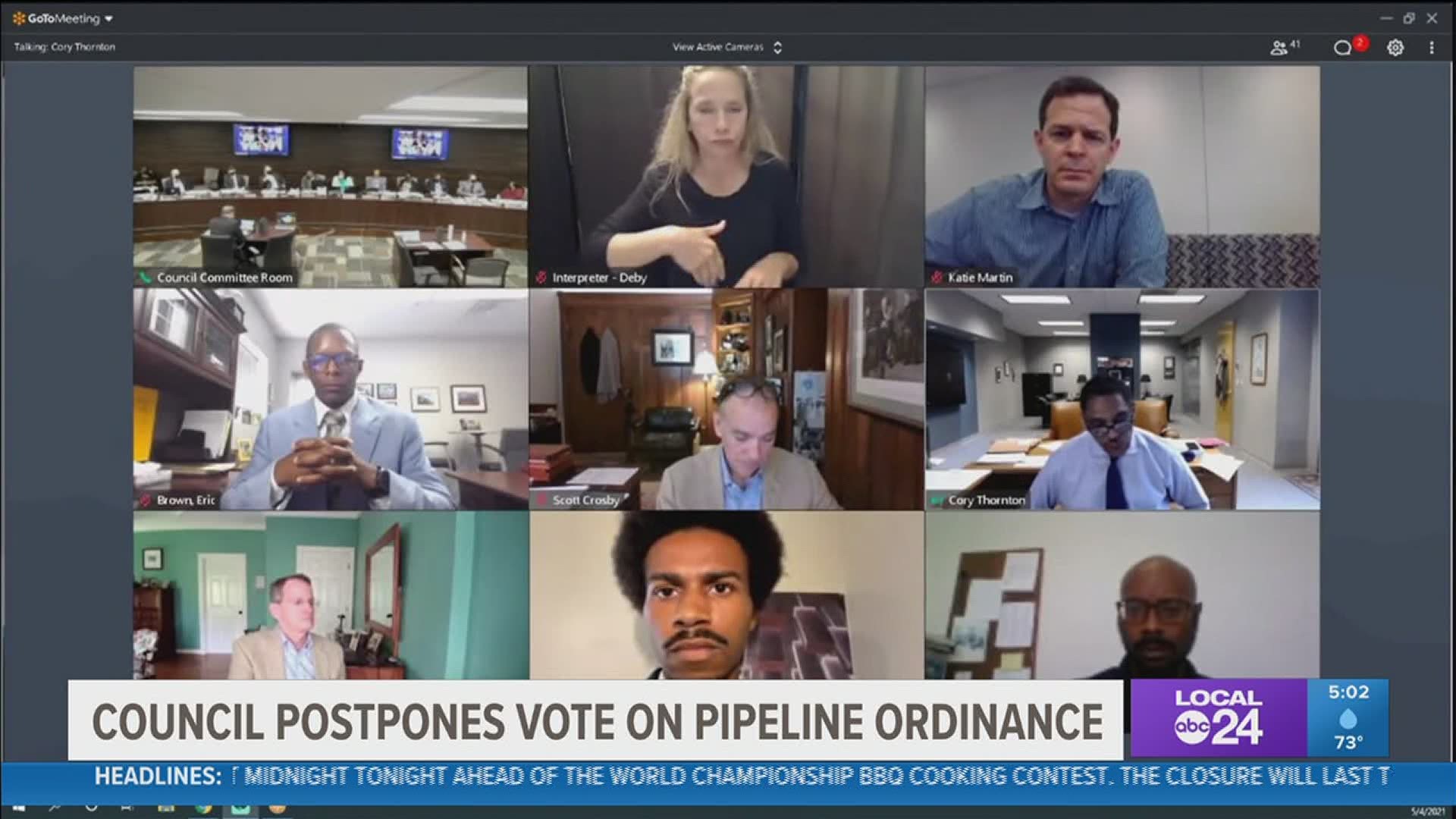 MEMPHIS, Tenn. — The Memphis City Council said Tuesday it will not vote on an ordinance to regulate pipelines such as the Byhalia Connection pipeline until at least July.

That word comes after the city council and Plains All American Pipeline agreed to stop actions while they work to set the terms.

The Daily Memphian reports the council delayed a vote Tuesday on a vote for a pipeline review board, and Plains All American agreed to drop eminent domain lawsuits against landowners along the proposed route. The company said it is exploring other routes for the pipeline.

In a statement to Local 24, Brad Leone, Director of Communications and Government Relations with Plains All American said, “We applaud the City Council’s decision to fully understand the ramifications of this ordinance and setback zoning amendment before taking further action. We remain committed to working with all stakeholders and plan to use the next eight weeks to consider options outside of the currently proposed route. We’ll work with the City Council attorney to memorialize the pause of the project, the ordinance and the setbacks.”