The remains of the former slave trader and his wife are being moved from the Medical District to a museum hundreds of miles away. 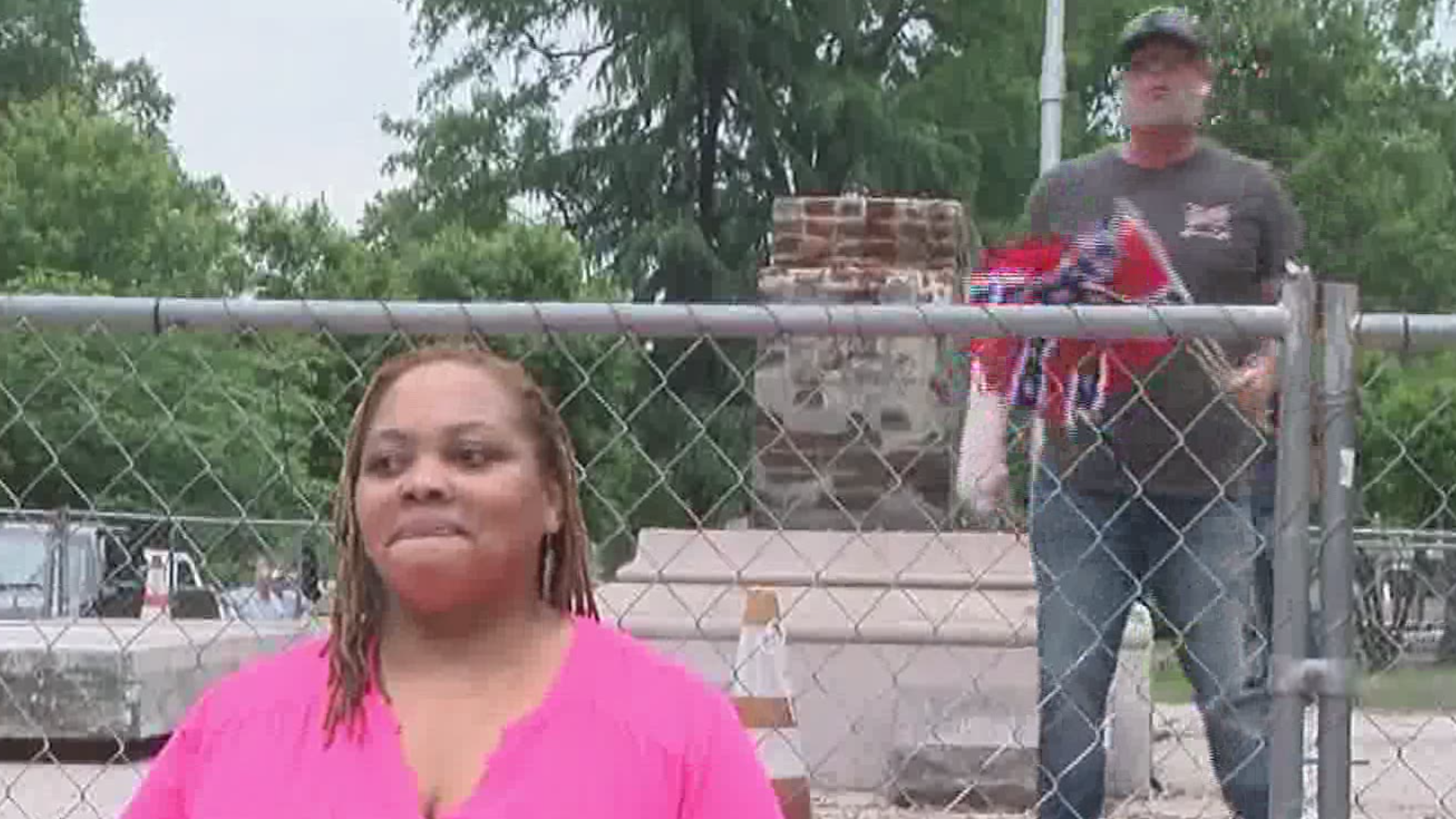 MEMPHIS, Tenn. — A Shelby County Commissioner said she's filed a police report following a testy exchange Tuesday afternoon between herself and a man on a crew removing the a statue pedestal and digging up the remains of Confederate Gen. Nathan Bedford Forrest from Health Sciences Park in the Medical District of Memphis.

The exchange of words happened while Tami Sawyer spoke with reporters at the site. Sawyer led the #TakeEmDown901 movement before the monument's removal in December 2017.

"He deserved no presence in this city that is 75% people of color, 65% Black," Sawyer said.

Those words came after the man began yelling at Sawyer, among other things, "we don't care what she has to say, she's a freaking communist" and "she shouldn't have a platform here to speak to anyone."

Wednesday, Lee Millar with the Sons of Confederate Veterans said the man was a volunteer from out of area, and not part of official crews. Millar said had they known what would have happened, they wouldn't have invited him to volunteer. Millar said he asked the man not to come back.

"We are dissembling the pedestal of the former Forrest pedestal," Millar said. "We are going to do some repairs on the pedestal. The marble has a couple of cracks in it."

The remains of the former slave trader and his wife Mary are being moved to a private burial site around Columbia, Tennessee, south of Nashville. The Sons of Confederate Veterans is overseeing the move of the bodies, which will be reburied near the National Confederate Museum.

"Things have changed. The Forrest family felt the remains of Mrs. Forrest and General Forrest should be someplace where he can be respected, protected, and visited without any danger, which is not the case here," Millar added.

Millar anticipates the process will take at least three weeks. 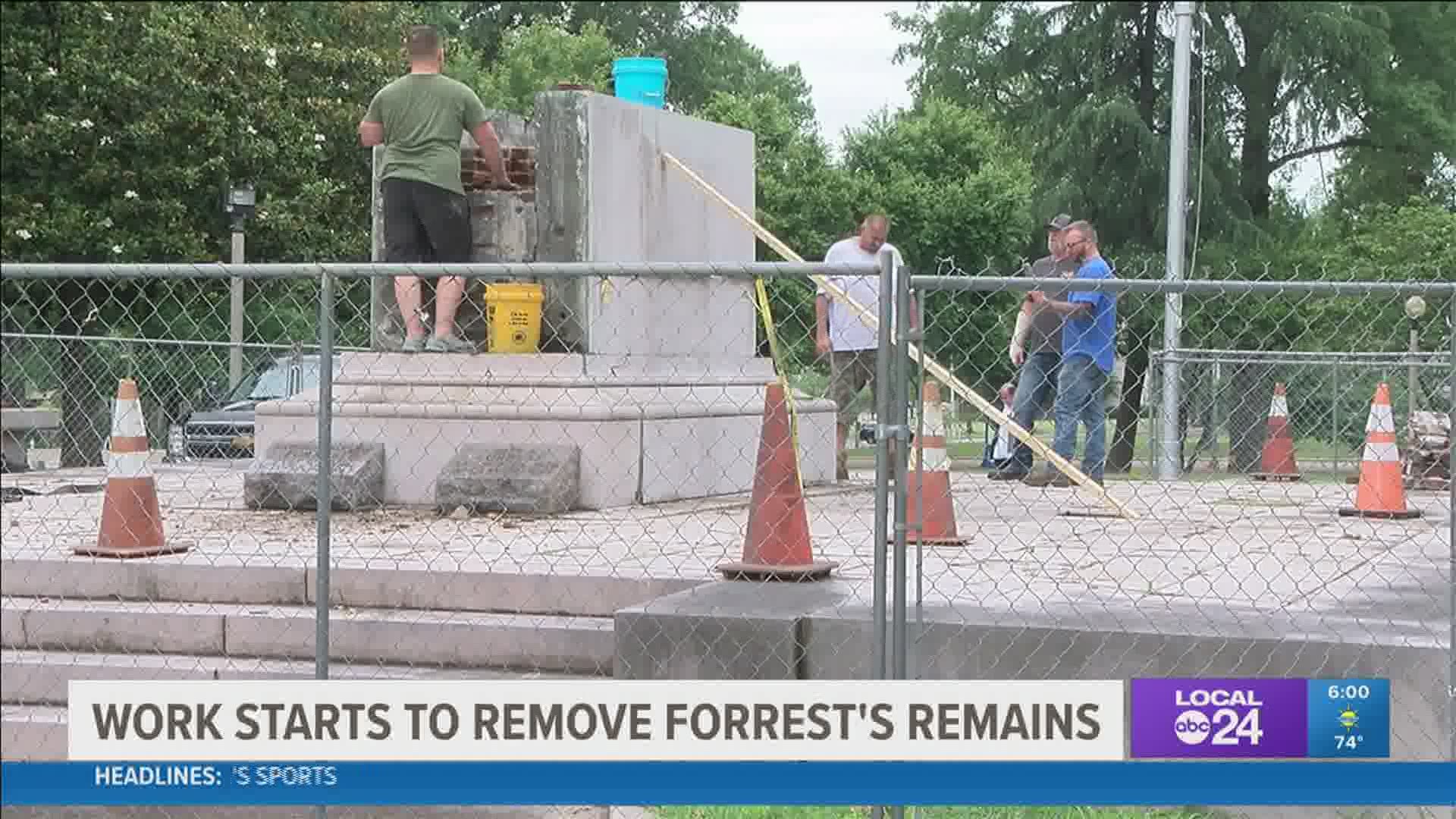 The Memphis park used to be named after the early Ku Klux Klan leader. The Forrests' remains were already disinterred once in 1904 and reburied in the park under an equestrian statue of the calvalryman.

This latest move has the approval of his descendants and resolves a long legal battle.

The statue was removed in December 2017 following protests and after the city sold the park to a non-profit, who removed the statue.

Both sides of the court proceedings believe the transfer of the bodies symbolize a compromise.

"I think we did it the legal way, I think we did it the right way. The Sons and the Forrest family have worked with us to get matters resolved in court, which is the correct way of doing things. So we are out here today working together to get this job done, and I think it sends a message that we are much stronger when we work together, when we are united with a common task," Turner added.

"The Sons of Confederate Veterans likewise wanted (the bodies and the Forrest statue pedestal) moved someplace else, so it worked out that everyone was in agreement," Millar said.

Later Tuesday afternoon, Turner requested Confederate flags be removed that were placed on the park-owned fence by at least one crew member.

"Having the Confederate flags will only draw the ire of more people coming out to protest, so we are trying to keep things calm, having them come in and do their jobs," Turner said.

The statement from Tami Sawyer before the confrontation Tuesday Afternoon: "This is a full circle moment. This statue was built as a monument to the confederacy and all it stood for including racial violence and slavery. I am proud to be a descendent of slaves and one of the people responsible for ending the confederacy’s reign of terror on our city. Good riddance.

Today would not be possible without the hundreds of people who worked with and supported #takeemdown901. This is their moment." 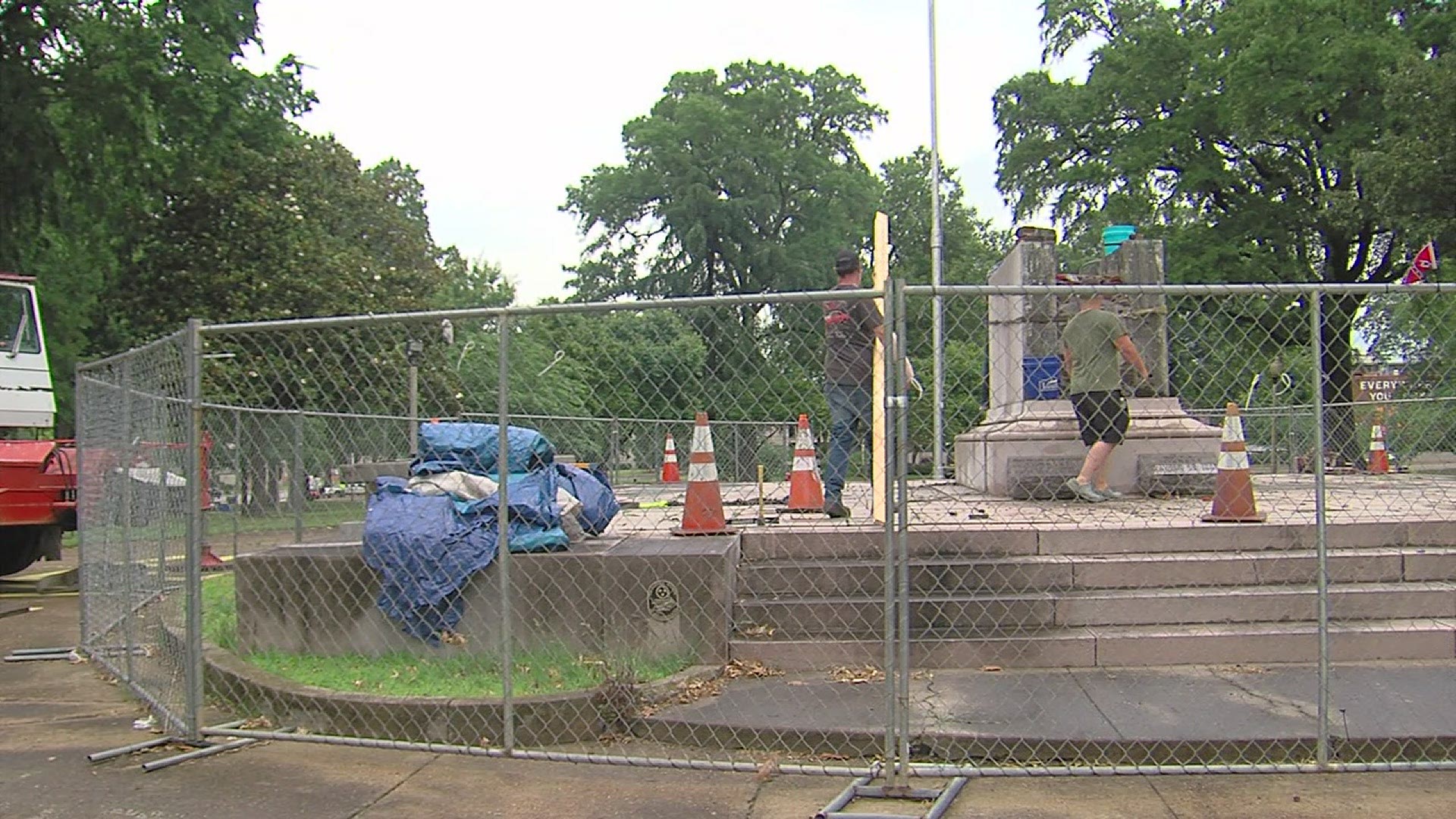 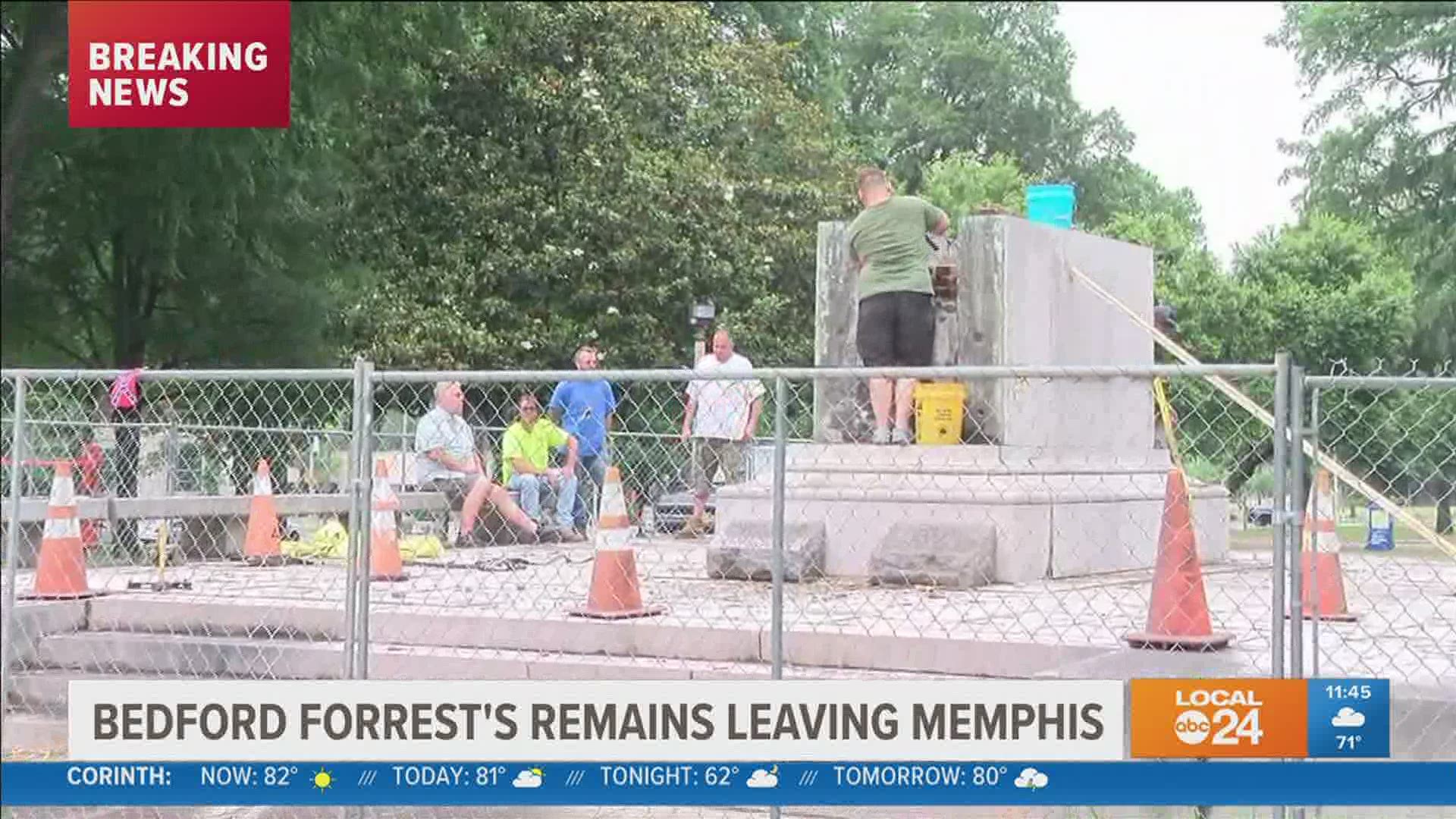