The AFL-CIO says with the CARES Act ending Friday, the time for officials to act is now. 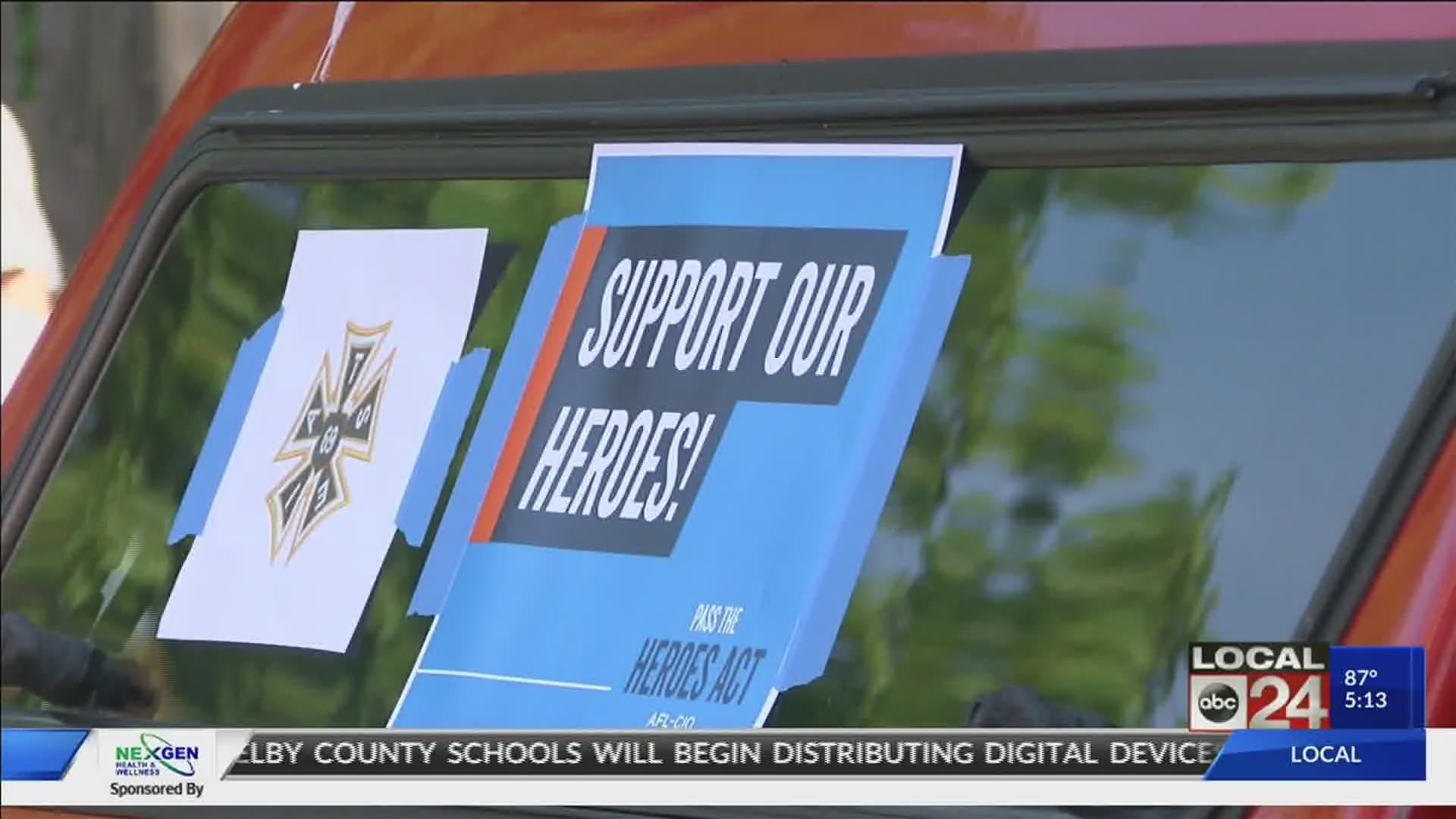 MEMPHIS, Tenn. — The Memphis chapter of the American Federation of Labor and Congress of Industrial Organizations will hold a protest urging elected officials to pass the HEROES Act.

The protest is scheduled to begin at 10:00 a.m. at the International Brotherhood of Electrical Workers (IBEW) Local 474 in Midtown.

Similar to a protest they held in June, the protest will consist of a caravan of cars. In June the AFL-ICO protested for more protections of workers during COVID-19.

Now, they’re throwing their support towards the HEROES Act as portions of the CARES Act is expected to end Friday, July 31.

#HappeningToday | Union workers will hold a protest caravan calling on elected officials to pass the HEROES Act. We’re live with the details on #GoodDayMemphis

The HEROES Act is a coronavirus relief package the AFL-CIO said will help working families by confronting the current public health pandemic, the economy, and structural racism.

In the HEROES Act, it would provide hazard pay for essential workers and push safety standards in the workplace. It would also continue the $600 a week federal unemployment supplement that ends Friday.

Protest for the HEROES Act happening this morning

Happy Wednesday! #HappeningToday Union workers are expected to protest today to demand that the HEROES Act gets passed. We have the details on #GoodDayMemphis

Additionally, it would invest more than $1 trillion into state and local governments. That also includes schools and the postal service.

COVID-19 testing would be free within it and laid off workers would still receive health coverage.