Rosemary the cat is a 15-year old rescue who is always out and about greeting people in the neighborhood. 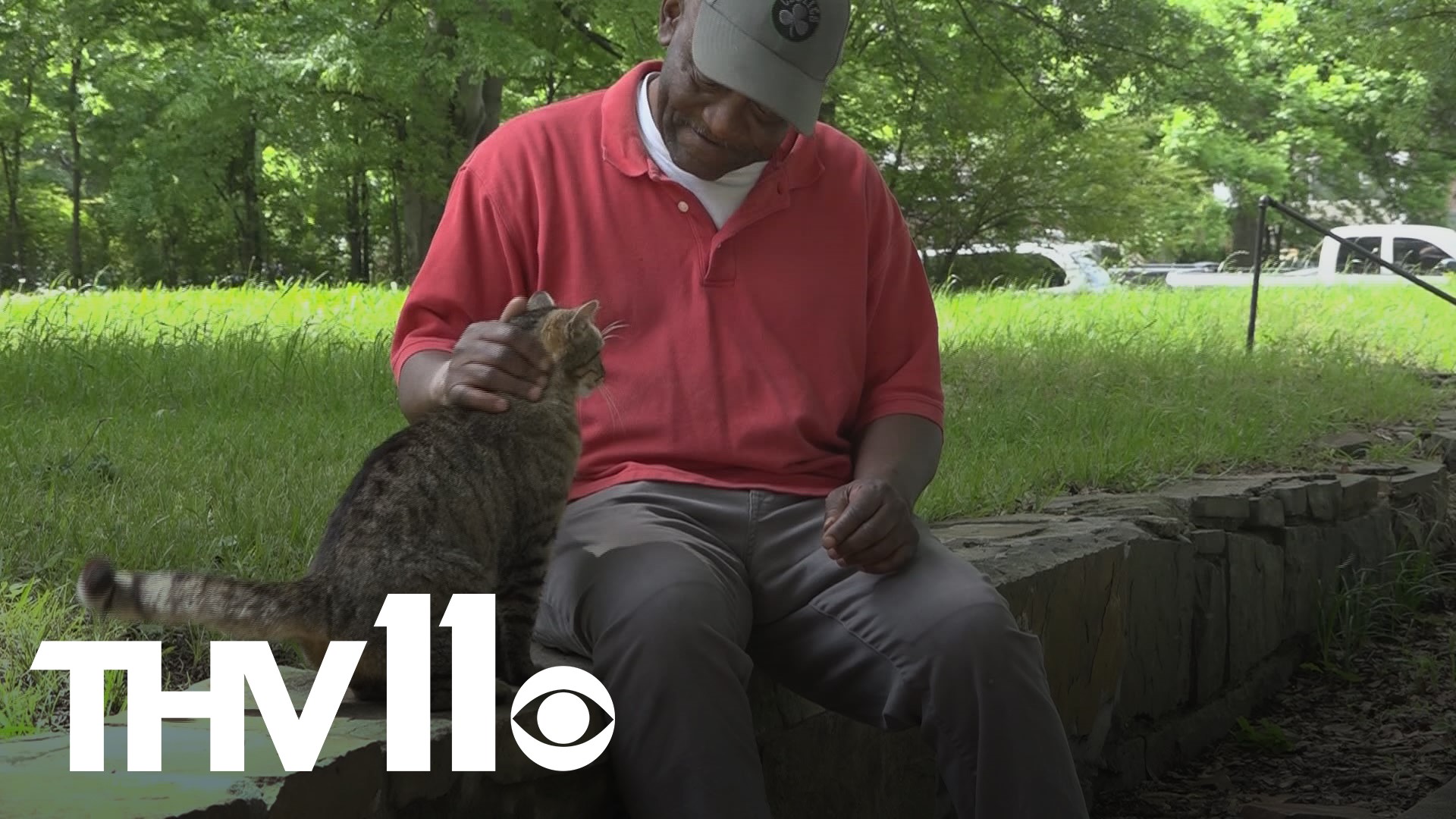 LITTLE ROCK, Ark — Like clockwork, you can find a cat named Rose Marie on Rock Street and 10th in Little Rock scurrying down the street. She's on her way to a neighbors house, Mr. Raymond, but along the way, she's friendly to every person she meets.

Rose Marie is a 15-year old rescue from the Little Rock Animal Village. Toni Laux adopted her 13 years ago.

"They had told me that they had this cat that was an owner surrender so I just assumed that something happened to her mom, like she got put in the nursing home and I was like 'Oh, I feel so sorry for her, I'll take her home,' well, the owner surrendered her because she was mean," said Laux.

Once re-homed overtime, Laux said Rose Marie started to become nicer and once they moved into their neighborhood, she loved going outside and was friendlier to people passing by.

That's how she and Raymond Long became friends almost 5 years ago.

Long's retired and Rose Marie became fond of stopping by his place.

"I can't explain it. I've always been a pet lover and me and Rose Marie just fit. When we're walking, I have to stop her from catching birds," said Long.

At his home, they'll watch soap operas of the Young and the Restless or the Bold and the Beautiful.

"The apartment I stay in won't allow me to have pets. Then, pets can be expensive to take care of, and being on a fixed income I wouldn't want a pet that I couldn't take care of," said Long.

That's why he's appreciative of Laux allowing Rose Marie to freely come over for him to enjoy her company for a few hours every day.