The Memphis Zoo recently led the release of 622 critically endangered dusky gopher frogs into the wild, the largest ever release of captive-bred individuals of ... 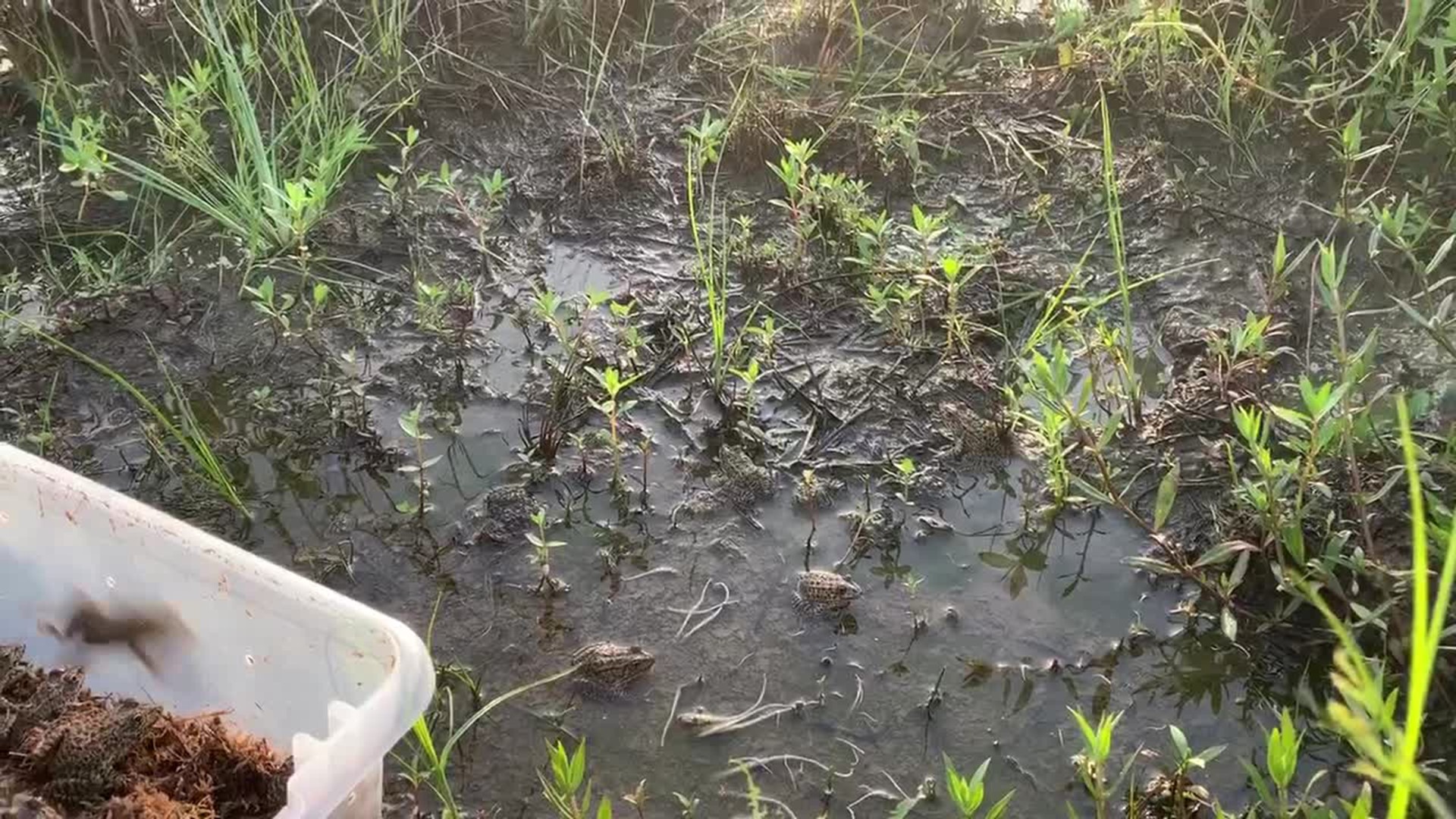 (NEWS RELEASE) – The Memphis Zoo recently led the release of 622 critically endangered dusky gopher frogs into the wild, the largest ever release of captive-bred individuals of this species.

The frogs came from breeding programs at Memphis Zoo as wellas Omaha’s Henry Doorly Zoo and Aquarium and Detroit Zoo. The frogs werereleased this week at their natural habitat in the Ward Bayou WildlifeManagement Area near Moss Point, Mississippi.

Before this release, there were only an estimated 200 adultdusky gopher frogs in the wild, a species native to coastal Mississippi.

The release is part of the Association of Zoo and Aquarium’sSpecies Survival Plan, or SSP, which is an ongoing program in place at 12 zoosin the United States. The goal of the SSP is to reinstate a healthy populationof dusky gopher frogs in the wild. Memphis Zoo’s Director of Conservation andResearch, Dr. Steve Reichling, is leading the program.

Since 2005, Memphis Zoo’s department of Conservation andResearch has been working to breed dusky gopher frogs in captivity.Unfortunately, after years of effort, it was determined the frogs would notbreed naturally in captivity and the Zoo began to explore other breedingmethods. In 2009, the Zoo successfully bred their first dusky gopher frogsusing in vitro fertilization and this is the breeding method used today.