Ohio mom asking community to send cards for son's 11th birthday as he recovers from MIS-C: Here's the address

Owen Caswell will celebrate his 11th birthday on March 22, but he's stuck at home as he recovers from Multisystem Inflammatory Syndrome in Children. 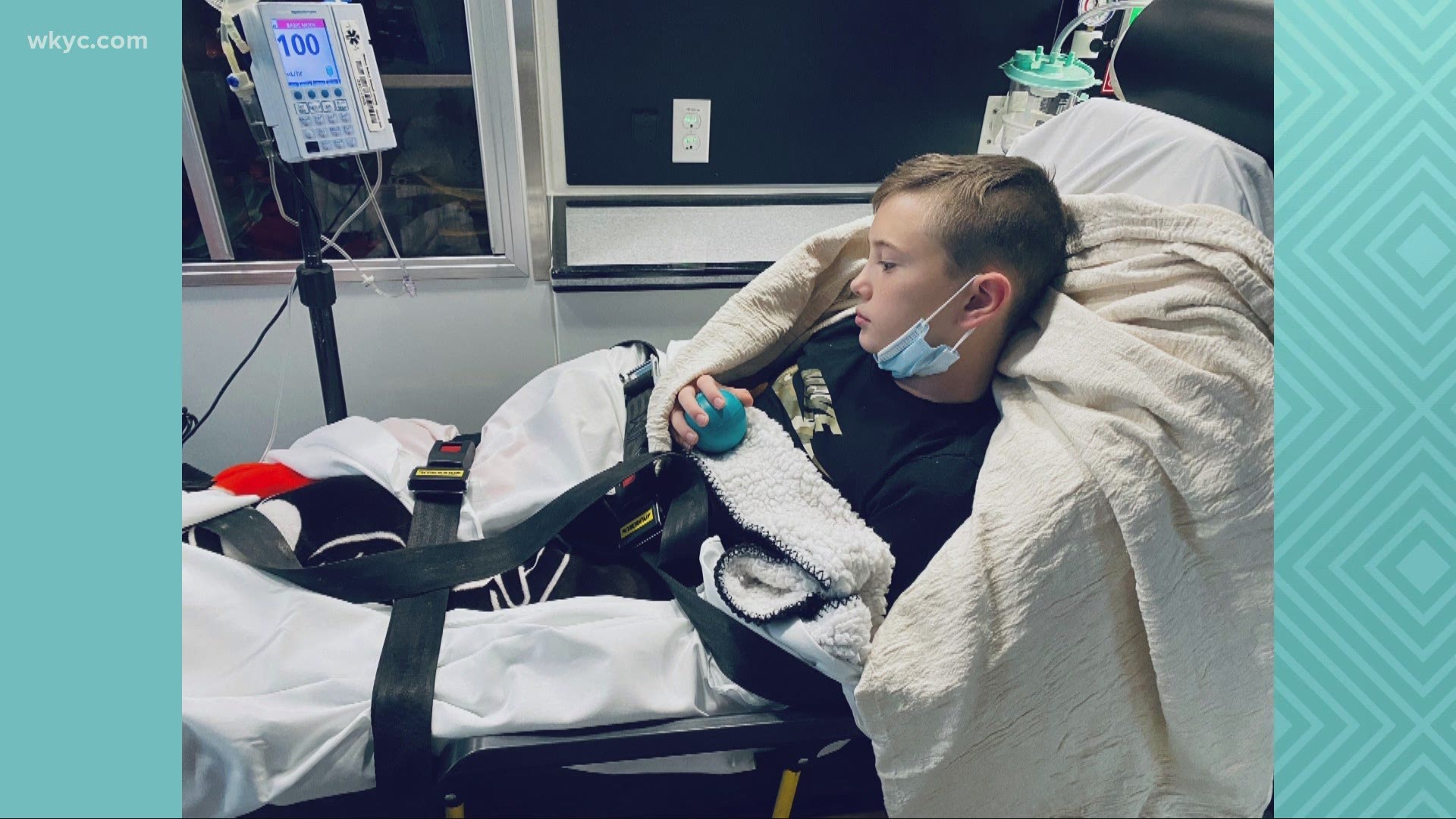 “I like football basketball and playing with my friends,” Owen said.

He’s also adventurous and he even completed a marathon. But it was on Jan. 1 when things took a turn for the worst.

“I could just tell something wasn’t right," his mother, Kristin Siford, said.

She called Owen's pediatrician and they said it was just a bug going around but it wasn’t it was MIS-C (Multisystem Inflammatory Syndrome in Children), which is a complication of COVID-19 in children.

“There was one point in the hospital where he could barley open his eyes and he looked at me and said, 'I don’t want to die,'" his mom said.

His last words before surgery, but a miracle happened inside.

“They put me to sleep and I was in a dream and I was walking down this path and I saw someone on a white horse then I went up to them and they told me everything would be fine," Owen said.

Owen's mother described it as a miracle they’ll never forget because she couldn’t imagine life with out her son.

RELATED: Feel The Love: Share videos and photos of your safe reunions with loved ones

“I remember looking at him through the windows and he was hooked up to all the machines and his eyes were closed. I said, 'Lord, please don’t let me leave without my son.' I’m strong but not that strong.”

Now his mom wants to cheer him up, since he is not allowed to leave home for the next couple months because a doctor said a simple cold will put him back into the ICU.

Owen’s 11th birthday is March 22 and she has a goal to get 1,100 birthday cards sent to him. If any of you are willing to send him a birthday card, we would greatly appreciate it and we know he will be so happy to feel all the love. Here's the address: