Messages of condolence arriving in honor of Dr. Lowery from around the world

Rev. Dr. Joseph Lowery was revered by those who met him and valued his counsel from near and far. 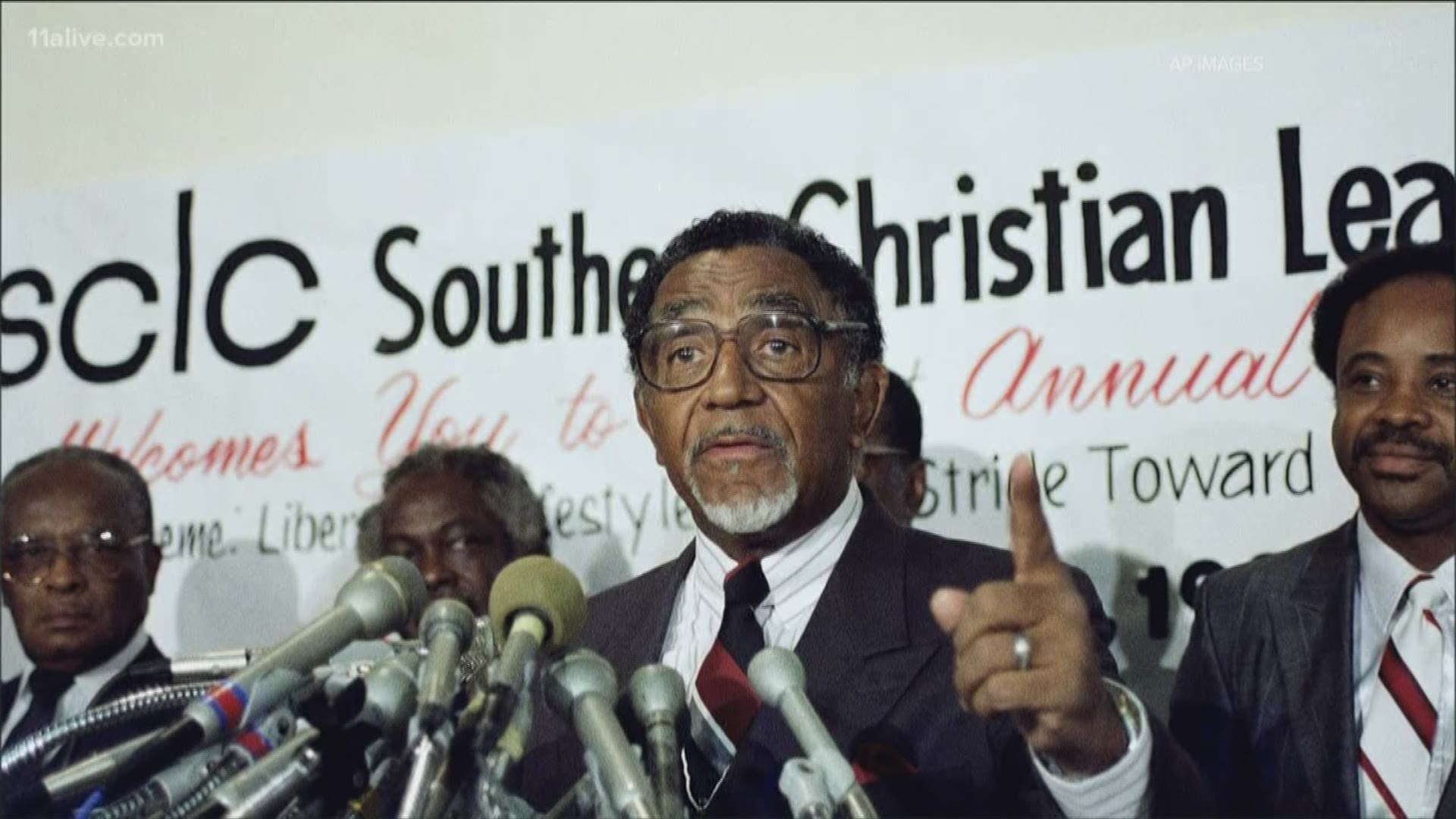 ATLANTA — Reaction to the death of civil rights icon Rev. Dr. Joseph Lowery began to roll in from near and far as word of his death began to spread late Friday and early Saturday.

"Derek and I are deeply saddened by the passing of Rev. Dr. Joseph Lowery. While he was a world-renowned leader of the Civil Rights Movement, he was a monumental part of our village, known as Atlanta. His love, care and concern for the people of our communities is only surpassed by the love he had for his beautiful wife Evelyn, their children, grandchildren and his entire family," Mayor Bottoms said. "Dr. Lowery has been an ever-present part of the fabric of Atlanta, from his leadership of the SCLC, to his pastoring Cascade United Church, to simply his participation in so many events, big and small, throughout our community. While we will truly miss his presence here on earth, as he often reminded us, we will see him in the morning.”

His church home in southwest Atlanta, Cascade United Methodist Church, where he held the pulpit for a number of years before his retirement in the early 1990s, also released a statement early Saturday, honoring the man who was not only a giant in the community, the leader of their congregation.

"The Cascade United Methodist Church Family is deeply saddened at the transition of our beloved Pastor Emeritus, Dr. Joseph E. Lowery, who served our congregation and community faithfully. He was indeed special to us and was loved across the world. We are encouraged that his legacy will live on through his family, the work of our church, and in the constant movement for social justice. Dr. Lowery was one of a kind and he will be deeply missed. Please continue to keep the Lowery family in your prayers."

"He was recognized as a great orator for delivering some powerful speeches, but he was just as gifted at motivating people from different cultures, religions and agendas to convene at the table to work together for the common good," a statement from the organization he co-founded with Dr. Martin Luther King, Jr., the SCLC, said, in part on Saturday.

"With the problems we are addressing today around the world, he would continue to be that catalyst to bring folks together," the SCLC's tribute continued. "He was that glue that kept us at the table until we found the solutions."

Lowery was the SCLC's second president, leading the civil rights organization from 1977 until 1997.

"The Reverend Joseph Lowery was a civil rights icon who changed the lives of countless people and made the world a better place," said Georgia Gov. Brian Kemp on Saturday morning. "He will be missed by so many. Our hearts go out to his loved ones, and we ask you to lift them up in prayer."

Former Georgia State Sen. Stacey Abrams tweeted a message of condolence that referred to Lowery as "a sage who understood that politics did not stand separate from who we are but told the story of who we are willing to be."

Bernice King, CEO of the King Center for Nonviolent Social Change, and daughter of Dr. Martin Luther King, Jr., said, "It's hard to imagine a world or an Atlanta without Reverend Joseph Lowery.

The Atlanta Falcons called Lowery, "a true leader and icon in our city."

Atlanta Public School Superintendent Dr. Meria Carstarphen called Lowery "our beloved civil rights fighter" and a "charismatic and fiery inspiration to our school community and me."

The NAACP added its voice to those remembering Dr. Lowery.

Rev. Al Sharpton called Lowery "a mentor, pastor, & freind to me. The world is a better place because of him & I'm a better person because of his investment in me."

Dr. Jamal Bryant, senior pastor of New Birth Missionary Baptist Church in Stonecrest said that Lowery "represents everything that is honorable about public service. He is literally the standard for moral and effective leadership."

Bryant went on to say that following a pause this weekend to reflect on his Lowery's life and legacy, "the greatest tribute we can make is to commit ourselves to the work and the people he cared so deeply about."