A Mid-South Spanish-language reporter is coming home to Memphis, after being held for more than a year by immigration officials. 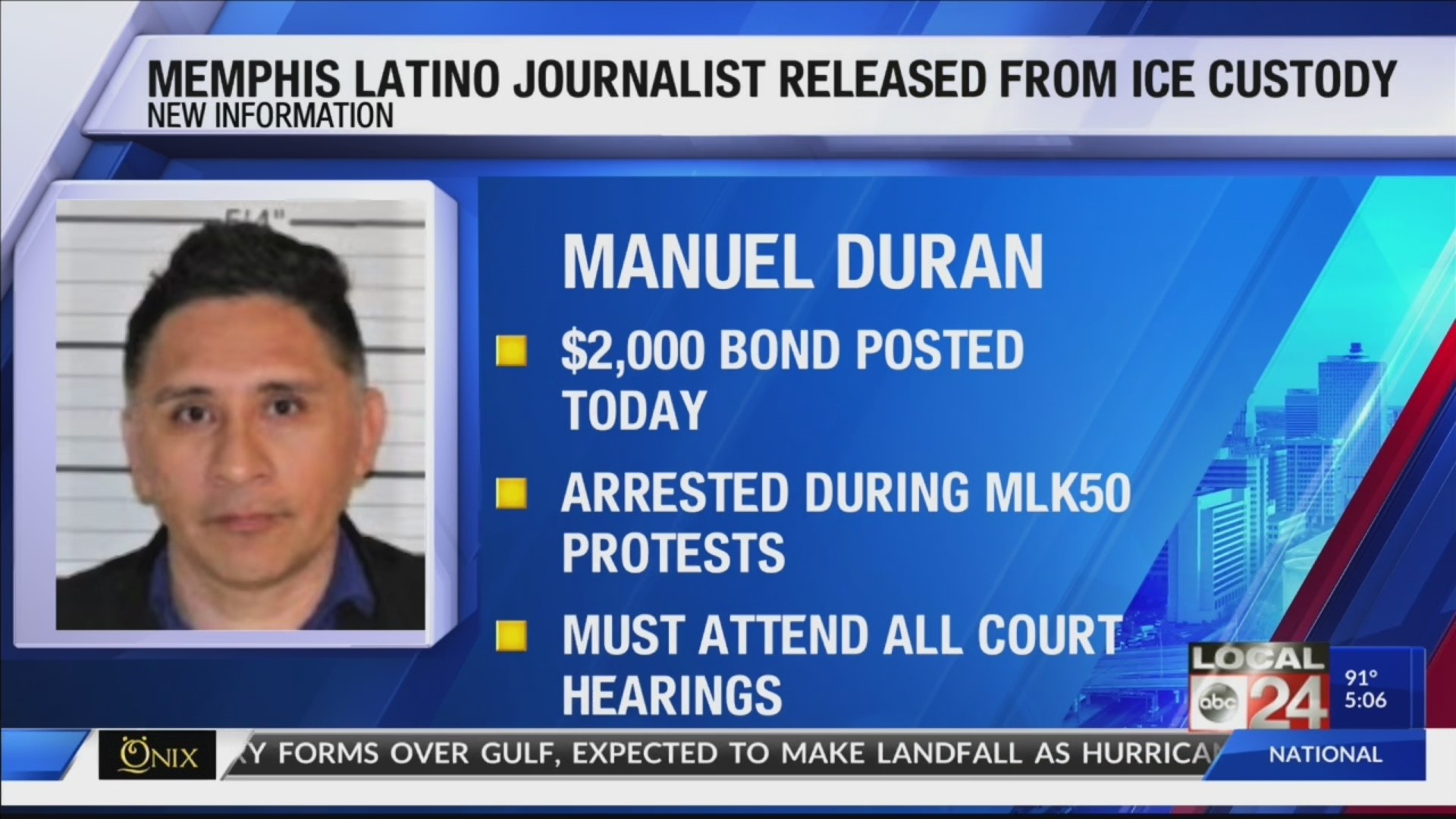 MEMPHIS, Tenn. (localmemphis.com) – A Mid-South Spanish-language reporter is coming home to Memphis,after being held for more than a year by immigration officials.

The Southern Poverty Law Center tells Local 24 News that ICE set a $2,000 bond for Duran Wednesday, after an immigration appeals panel reopened his case. We are told his family posted bond and picked him up from Etowah County, Alabama, where he was released Thursday.

As a condition of release, he must show up for all court hearings.He is expected to have a hearing in front of an immigration judge in Memphis ata later date.

Duran, from El Salvador originally, was arrested while covering anApril 2018 rally protesting immigration policies in Memphis. Charges related tothe protest were dropped, but he was picked up by immigration agents after hisrelease from jail and detained.

U.S. Immigration and Customs Enforcement has said Duran was takeninto custody because he had a pending deportation order from 2007 after failingto appear for a court hearing.