After dozens of long years, Seaman First Class James Cunningham got the Purple Heart he earned as he went down with his ship. 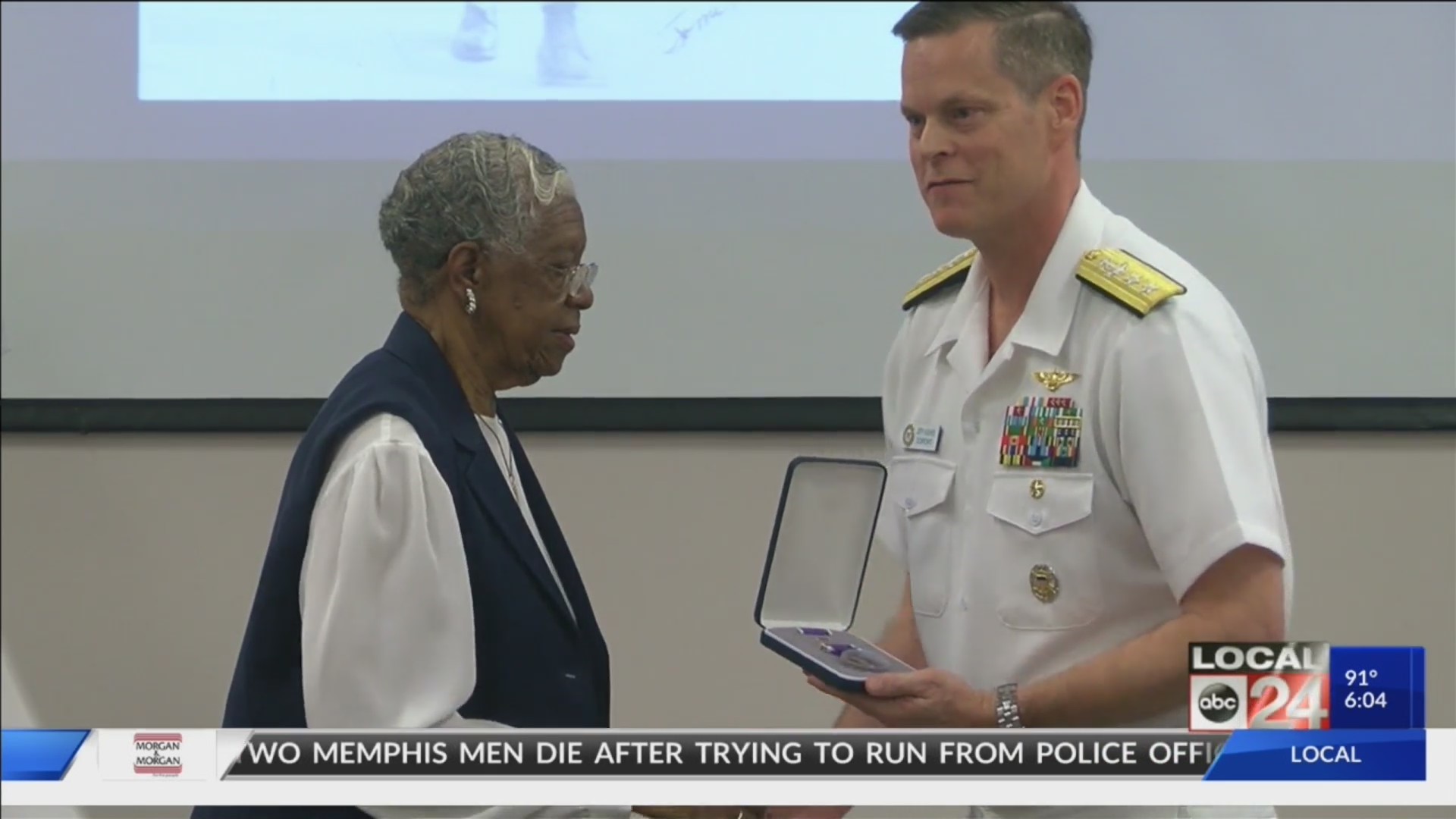 MILLINGTON, Tenn. (localmemphis.com) – After dozens of long years, Seaman First Class James Cunningham got the Purple Heart he earned as he went down with his ship.

Cunningham was aboard the USS Eagle when it sank in 1945. Of the67 crew members stationed aboard, only 13 survived.

The navy originally blamed the disaster on a boiler explosion, butdivers later found proof the ship had actually been hit by a torpedo. The new informationmeant the ship had gone down as part of a “combat loss.” Every man onboard including James Cunningham earned a purple heart when it sank.

His sister was at the navy operational support center in MillingtonSaturday to accept the medal.

“He was the was the family character. The whole timethat we were together before he joined, I was 8 when he joined the Navy, and heon the farm would go around singing into each life some rain must fall. But toomuch if falling in mine,” said Clara Cunningham Osborne.