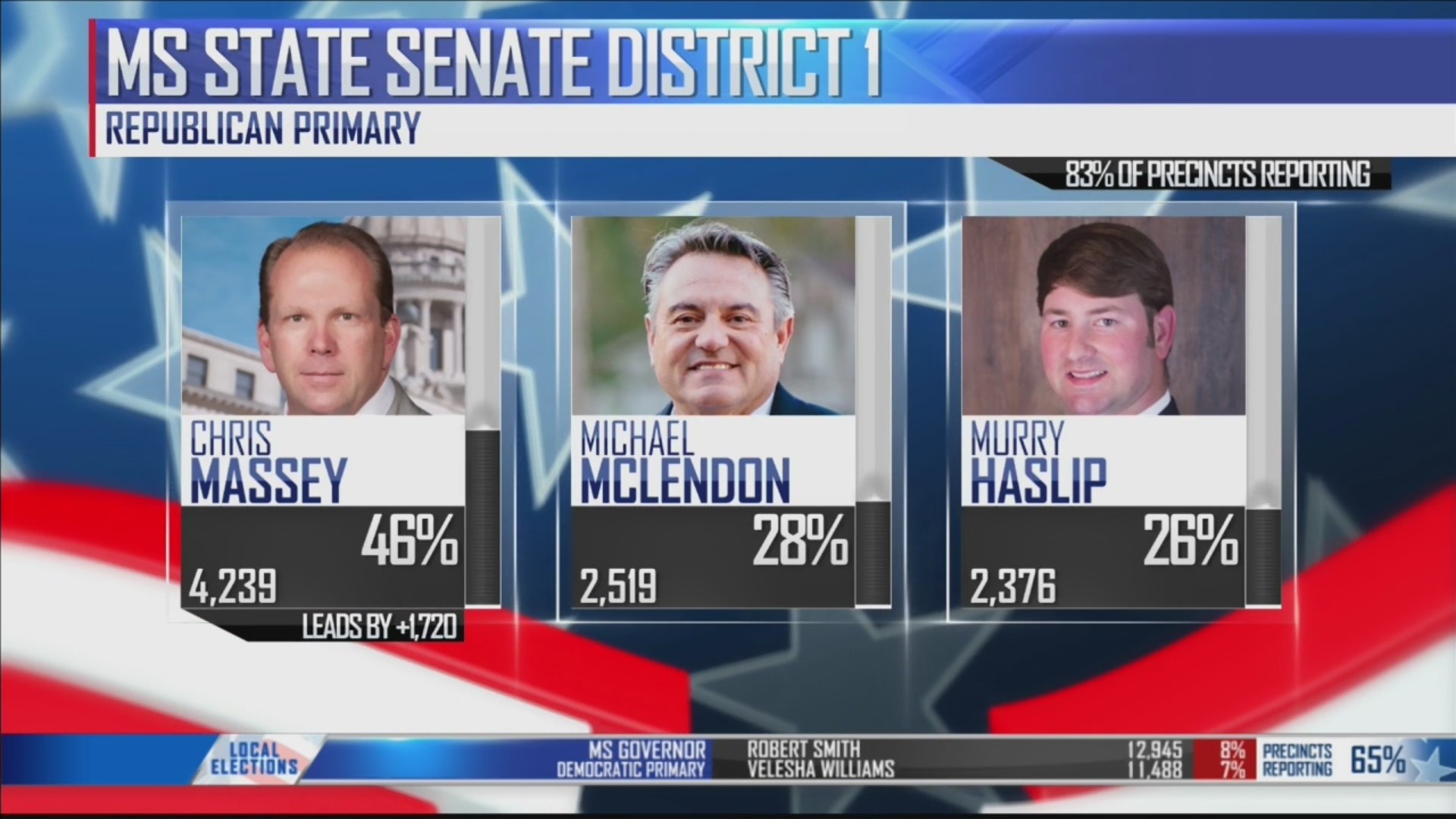 (localmemphis.com) – There will be a runoff in the race for State Senate District 1.

The Republican primary was a hotly contested seat because of thedebate over Olive Branch’s attempt to annex unincorporated areas of DeSotoCounty.

Incumbent Chris Massey had the most votes with 45%. He’ll face off against Hernando alderman Michael McLendon who had 30%. DeSoto County planning commission member and farmer Murry Haslip had 25%.

There isn’t a Democratic opponent, so the winner of the runoff will fill the seat.