Authorities say a Mississippi woman who left several puppies to die in a hot car has been arrested in Florida. 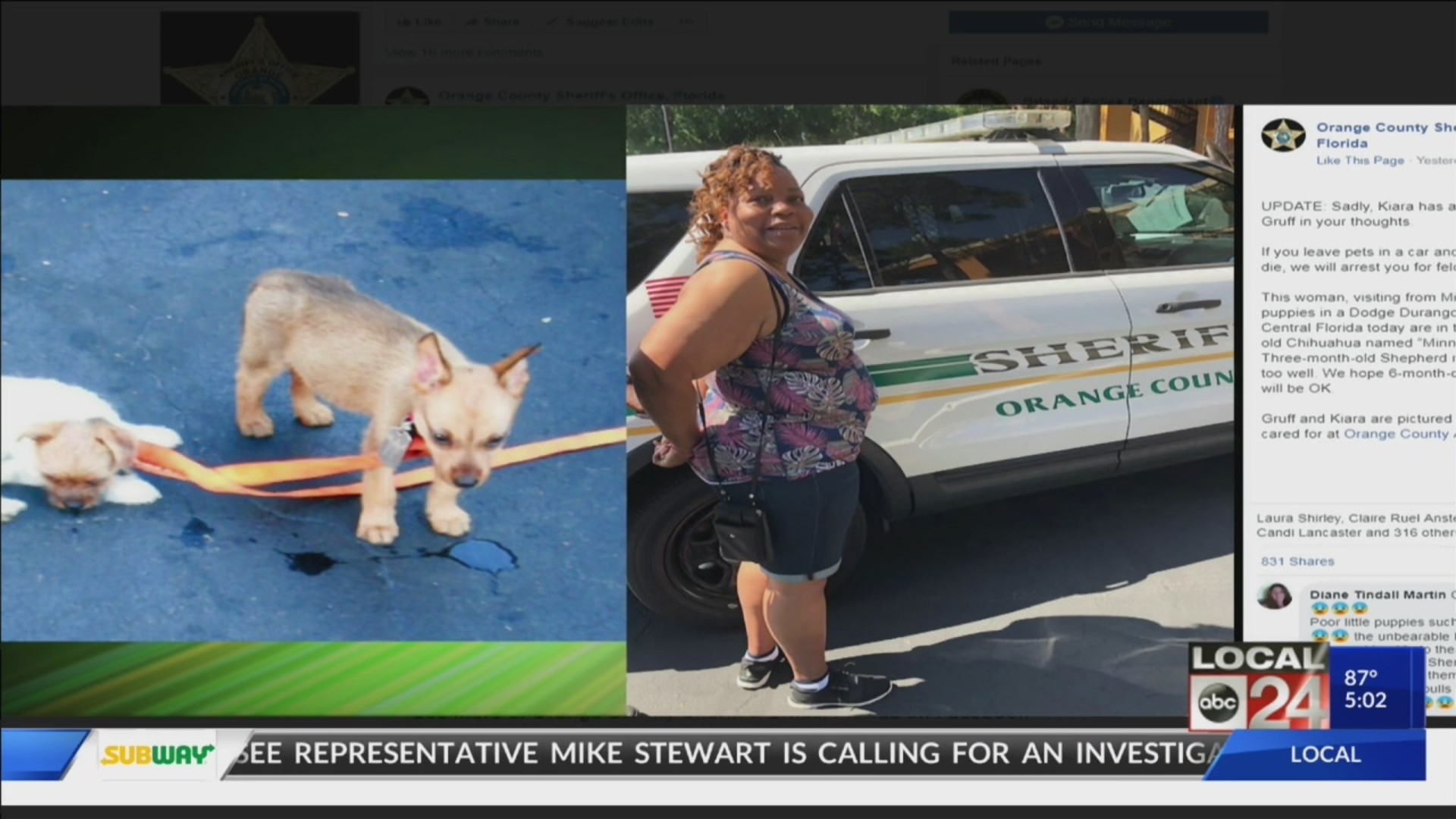 MIAMI (AP) — Authorities say a Mississippi woman who left severalpuppies to die in a hot car has been arrested in Florida.

The sheriff’s office says the puppies were found inside the SUV inan Orlando hotel parking lot Tuesday morning. Investigators say a 6-month-oldChihuahua died in the vehicle. A 3-month-old Shepherd mix and a 6-month-oldterrier mix were taken by Orange County Animal Services, but the Shepherd mixlater died.

Temperatures in central Florida Tuesday were in the high 90s.