Health officials say the state's first "presumptive" case of coronavirus was also previously on board the ship. 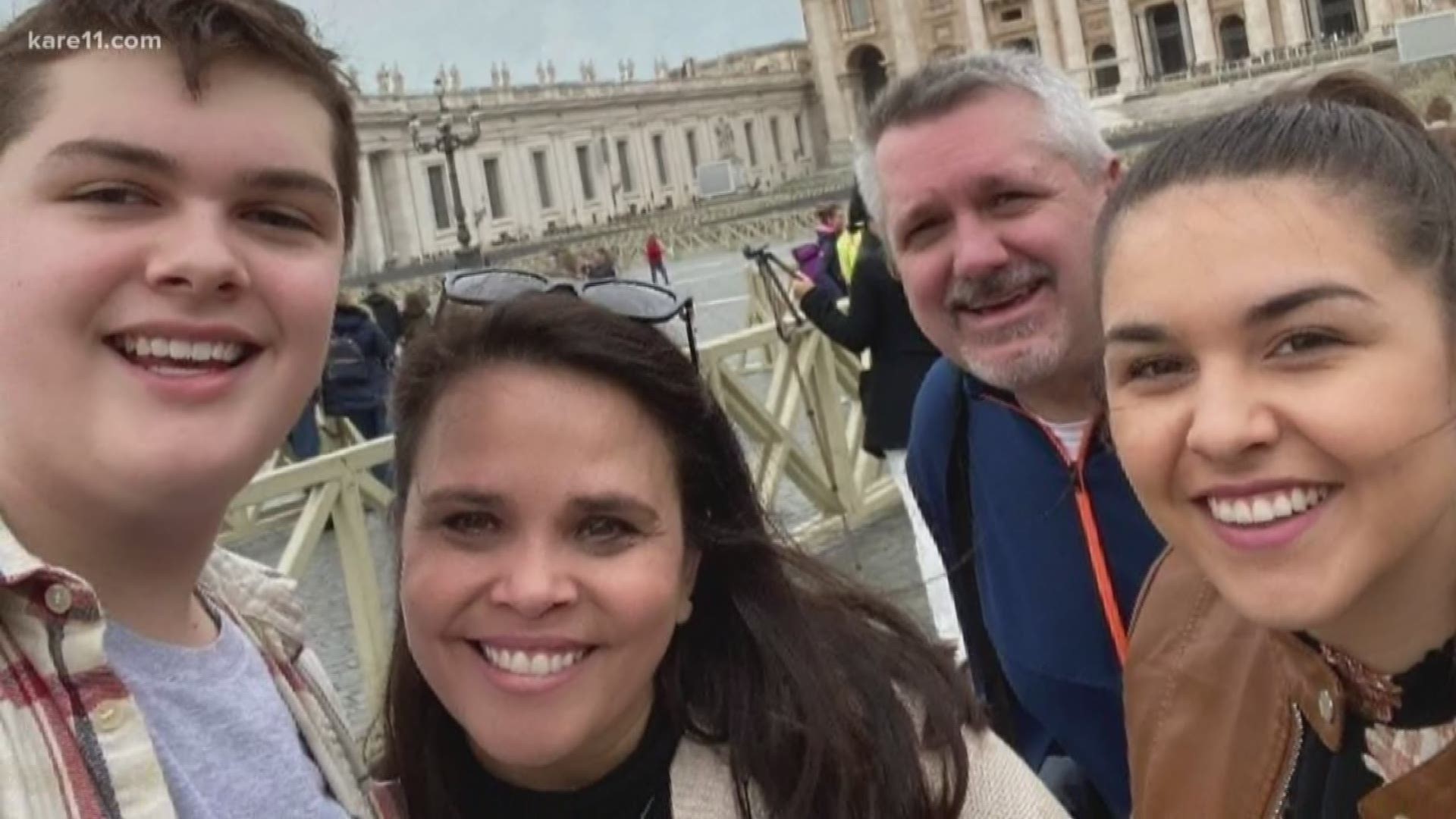 MINNESOTA, USA — Princess Cruises announced on Twitter that authorities have cleared the ship to dock at the Port of Oakland on Monday at a "time to be determined."

The Minnesota Department of Health (MDH) says at least 40 Minnesotans are currently quarantined on board the Grand Princess Cruise Ship.

The ship has been coasting in the waters near San Francisco with nearly 3,500 passengers.

Princess Cruises says "guests who require acute medical treatment and hospitalization" will be taken off the ship first and taken to "medical facilities in California."

The cruise was originally scheduled to end on Saturday after two weeks at sea.

The cruise gave passengers the option to sign up for either a one-week trip or a two-week trip at sea.

The cruise ship adds "non-Californians will be transported by the federal government to facilities in other states" when it docks on Monday.

MDH confirms 26 Minnesotans who got off the ship early are now back at home.

Health officials say one of those passengers later tested positive for the coronavirus and is the state’s first “presumptive” case.

As for the passengers who are still on the ship, health officials say 21 have tested positive for the coronavirus (COVID-19).

On Saturday, Vice President Mike Pence said health officials are now working to test every passenger on board during the ongoing quarantine.

“You don't plan on spending a lot of time in your room on a cruise ship and now we’re quarantined to our room."

Harris has been on board the ship since Feb. 21.

She’s hoping to get home to Minnetonka soon, but says no one on board knows how long the quarantine will last.

RELATED: Facts not fear: What Minnesotans should know about coronavirus

"When we can plan on being home with our families, and that kind of thing, the uncertainty is uncomfortable," Harris says.

In another room on the ship, Kathleen Duchene and Randy Elkin from Forest Lake are also trying to stay positive in a tough situation.

"We're keeping each other in good spirits the best we can." Duchene says.

Meanwhile, the Golay family from Minneapolis is going into their own quarantine back at home.

They just got back from a family trip to Italy where their daughter was studying abroad with the University of Minnesota.

The university recently decided to cancel its study abroad programs in Italy due to concerns about the virus.

Now that the Golays are back in Minnesota, the family has decided to stay home for two weeks just to be safe.

"My son, I reached out to his school and just let them know he would be staying home the next couple of weeks," mother Adelita Golay says.

They say in Italy they basically had the freedom to do whatever they wanted.

With very few tourists in the country, the family says there were no lines and hotels are quick to give tourists free upgrades to keep them happy.

Golay says locals were eternally grateful for their business

"It really was business as usual in Italy other than the fact that the tourists were missing. It's really affecting their economy," Golay says.

The CDC is urging travelers to avoid going to Italy, China, Japan and Iran, where the Coronavirus (COVID-19) is now widespread.

Anyone returning home from those countries is asked to stay home for 14 days, the amount of time it takes for the virus to pass through your system.